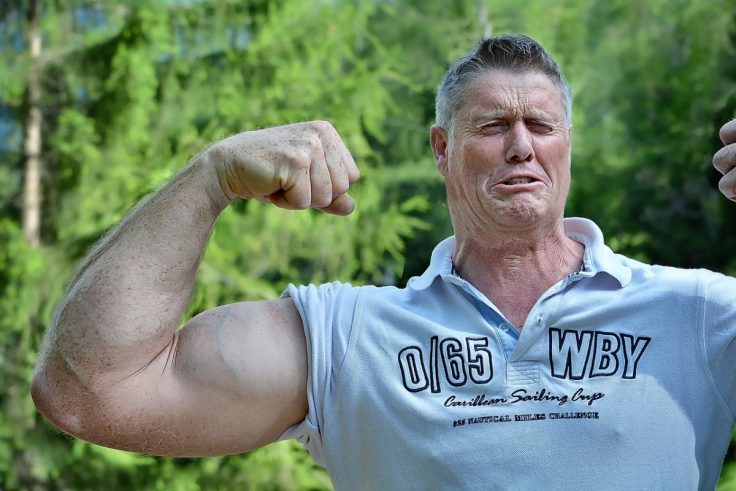 Steroids are a shortcut to a chiseled body. But with every shortcut, there come the risks. So here are 6 reasons to ditch steroids for good!

Why wouldn’t a man take the shorter route to a ripped body? After all, steroids and their fast and massive effects on your body reduce the time spent in the gym. That’s true, but not safe.

Unfortunately, a significant number of people resort to steroids to lose weight and gain muscle mass quickly. But they do not understand the long-standing implications of taking steroids.

Even by ingesting steroids orally with a minimal amount of them getting released into the bloodstream you can get the unwanted side-effects.

If you think steroids are a safe way to rapid bodybuilding, think again!

Why Should You Ditch Steroids Now?

As a result, the hairline starts receding and the hair follicles start dying. Following the process, the crown region of the skull starts losing hair.

Clinically called androgenetic alopecia, this condition arises because of the progressively increasing secretion of dihydrotestosterone or DHT.

The holy trinity of the human body, brain, heart, and kidneys, is worst affected when steroids start altering the natural course of transmission and absorption of nutrients.

It also interferes with the nervous system, which is necessary for triggering essential processes in the human body.

Thus, you are staring right into death’s eyes with cardiomegaly (increase in the size of the heart), impaired liver and renal function, and compromised neurotransmitter system.

The endocrine glands get the worst hit in people who consume steroids. It increases the estrogen and progesterone levels, which are the lady hormones, and decrease the testosterone levels.

As a result, your testicles start shrinking, and this creates an inhabitable environment for your sperm. The sperm count lowers and can often lead to infertility.

While it takes around six months to a year to regain the normal sperm count, hormone therapy and regular tests can take a toll on your everyday life.

An immediate effect of steroids, particularly anabolic steroids, is on the hormone panel. It leads to over secretion of adrenaline and alters the brain wave activity.

Along with psychological ailment, it also increases the chances of:

Steroids work primarily by reducing the fat content in the body and increasing muscle mass, thus giving the giant appearance in a short time.

If you’ve ever wondered how steroids work on your body, it’s by merely releasing the fat from the subcutaneous layer of fat.

Releasing this fat and using it up to generate body heat and induce repairs, they also secrete a large amount of estrogen.

This later estrogen deposits in the chest region resulting in enlarged male breasts also called gynecomastia. This condition is often accompanied by pain and nipple discharge.

Unfortunately, steroid-induced gynecomastia is challenging to treat with medications but can be treated via surgery.

Followed by opioid dependence, steroid dependence is another growing ailment, particularly amongst teenagers and millennials.

Psychological dependence on steroids can affect judgment, lead to insomnia and loss of appetite.

Over time, some users can experience tolerance towards the current dosage. But prolonged use can lead to cystic acne, steroid cravings, and even repeated suicide attempts.

Other than the above-mentioned health hazards, steroids obtained from black markets are illegal and lethal.

The usual route to a well-defined body may be tough, but that also makes it much more rewarding. So ditch steroids now if you’re already using them, and pick the clean, safe, and healthy path to bodybuilding.

What Are Some Of The Best SARMs For Bodybuilding?

Looking to get in shape for the next summer and thinking about using SARMs for bodybuilding and muscle gain? Here are our favorites.
Beth Williams 3 weeks ago

If you're looking to increase muscle strength at home, you CAN'T skip these ten tips that'll boost the outcome of your strenuous workout.
Mariah Belsore 3 months ago

BCAA Benefits For Bodybuilders And Sportsmen

Whether you're a professional athlete or a bodybuilder, you should take advantage of the BCAA benefits. Here's what they can do for you.
Mariah Belsore 3 months ago

Everything You Need To Know About Clomiphene

Male bodybuilders use clomiphene as a safe and effective way to avoid those nasty side effects of using anabolic steroids or SARMs.
Beth Williams 4 months ago

What Are Some Popular SARMs That Really Work

Have you ever considered taking some popular SARMs to bulk up faster? Here's what to know about these supplements and top options for you.
Beth Williams 4 months ago

If you’re a bodybuilder, knee valgus is a term that you may not know yet but it’s one that you don’t want to hear. Here's everything on this.
Mariah Belsore 6 months ago

Want to burn the excess fat and build muscles at the same time? You need a healthy diet, regular exercise, and a supplement like Trenorol.
Beth Williams 9 months ago

The bodybuilding world is full of supplements that might be harmful in the long run. So why not trying the all-natural ayurvedic supplements?
Beth Williams 12 months ago

These three tips alone can help you increase weights gradually, add variety to your workouts, and take your weightlifting to the next level.
Beth Williams 1 year ago

What You Don’t Know (But Should) About SARMs

Drug companies developed SARMs to replace the anabolic steroids that come with numerous negative side effects. But are they better though?
Beth Williams 1 year ago