Where Does The Fat Go When You’re Losing Weight? 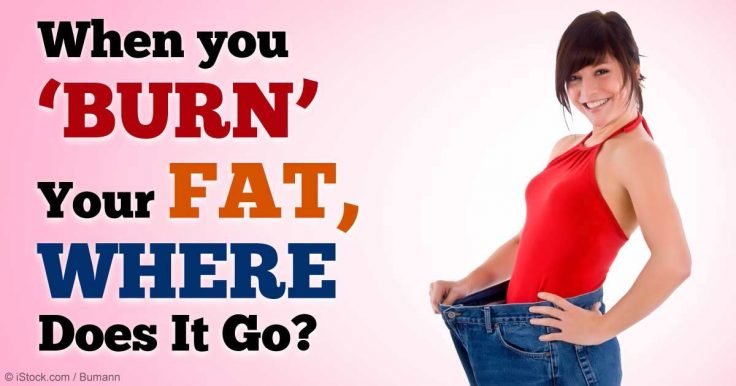 A few years ago I went surfing in Oahu, Hawaii and one of my friends took me some photos, which was really great. Except that I couldn’t help but notice my big fat belly.

Somehow I’ve managed to become 15 kg overweight and I couldn’t believe my eyes. So I did what I tell you to do: eat less and move more. And within just 3 months I discovered I’ve lost 8 kg.

Then I figured out how many grams I’ve lost every day and the average value was around 90 g per day. This got me very curious about a question that I’ve discovered most people have no clue about. In fact, they’ve never thought about this.

When somebody loses weight, where does it go? What is it become? How is it get out of your body?

Well, I don’t know about you, but I was surprised to find out that many people’s answer was: “fat becomes energy”. Oh, so you thought this too? No, it’s wrong! 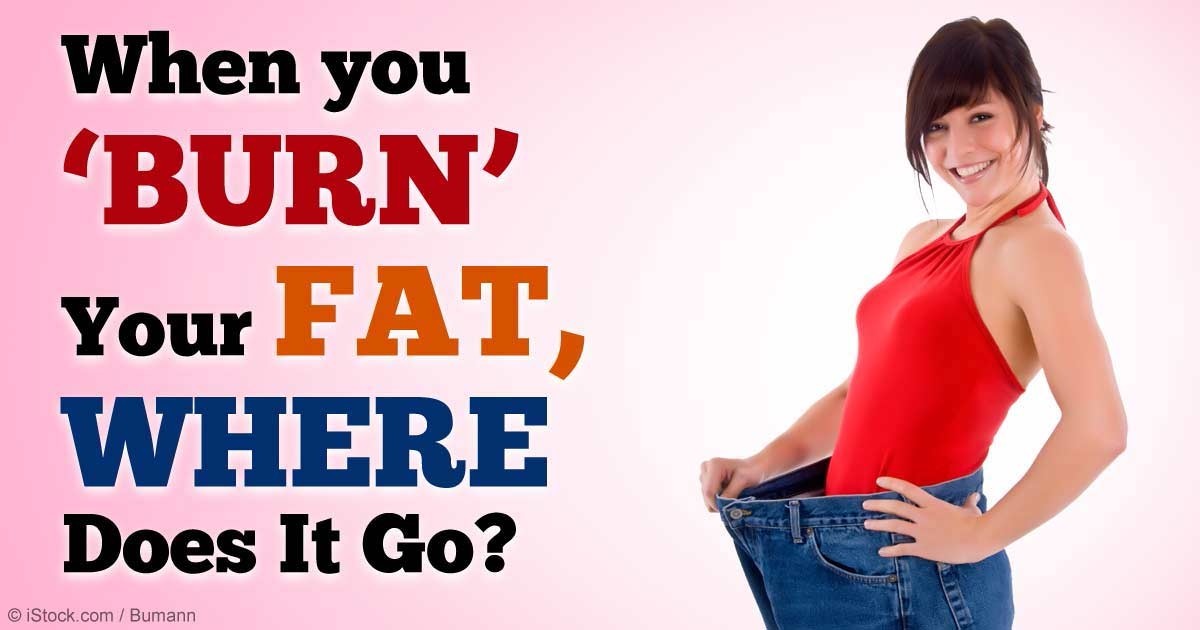 Where Goes The Fat?

The chemical formula for the average fat molecule in the human body is C55H104O6. Some of the molecules might have a few more carbon or hydrogen atoms and some have less,  but they all have 6 oxygen atoms.

Let’s be very clear about this. The difference between a fat body and a fit body it’s not just a single letter, it’s this molecule: C55H104O6.

So how does this stuff get out of the human body? Well below is the general equation of how losing weight works.

When you wanna lose weight, you wanna lose kilograms. But energy has different units, kiloJoules, or you might use calories. And you can’t transform kilograms in calories, you just can’t!

So that’s not where the fat goes, it doesn’t become energy!!!

People seem to not understand that when you lose weight, you lose mass, you lose atoms. You can’t just turn atoms into nothing, into pure energy. It’s called the conservation of mass before the chemical reaction and after reaction.

So if there is a mass of fat on your belly, there should be a mass of something that gets out of your body. And that something is carbon dioxide and water, as you can see below. 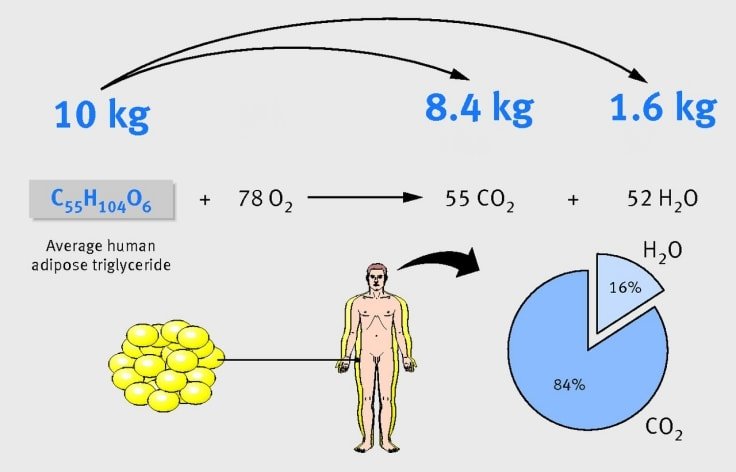 Here is my question: If I have 10 kg of fat to lose, then how much carbon dioxide does that become and how much water? And it turns out that that was really simple too.

All I need to do is to calculate the ratio of water and carbon dioxide which come out from a single fat molecule. After I did the math, I got 16% of water and 84% of CO2.

So here is the answer to my question:

This means that 10 kg of fat becomes 8.4 kg of invisible gas that you breath out, and that is amazing! Every time you’re doing some exercises your breathing rate goes up and you’re losing more weight than when you’re sitting down and not breathing as rapidly.

And 1.6 kg of fat comes out as water and it can come out with your urine, sweat or poop. 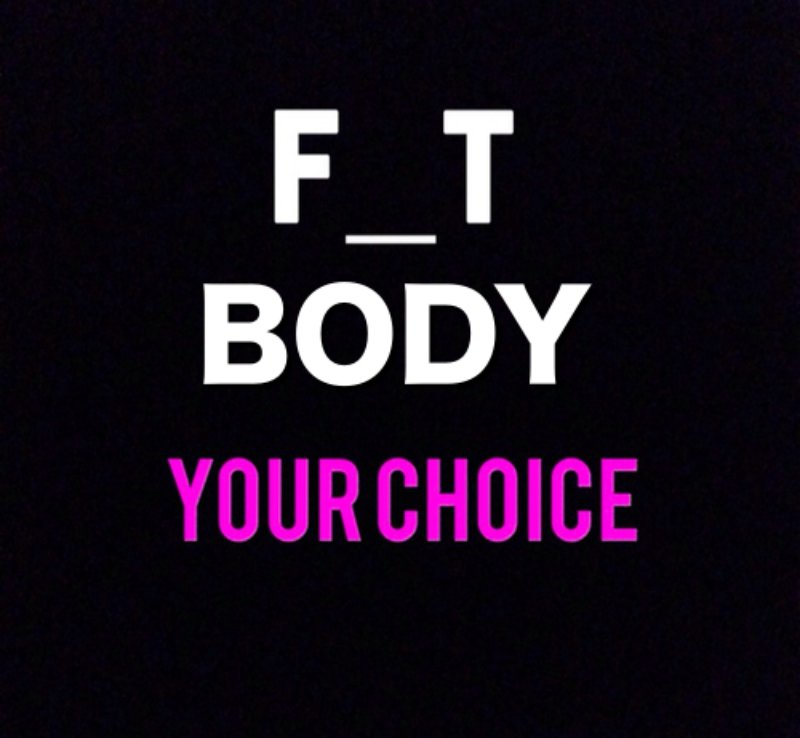 FAT or FIT? It’s your choice!

Can You Lose Weight Through Breathing Only?

Now I’ve got a weird questions that I need to answer: “Can I just breath more to lose weight?” No. You can get the fat out of your body by either moving more or eating less.

You need to starve yourself of energy so that your body starts breaking these big molecules of fat.

Did you know that the food (and fat at the same time) you eat now was made by plants, which took the sunlights and glued water to carbon dioxide?

I hope you understood the basic mathematics of weight loss and eventually will share these things with your friends. Stay fit!

Are there any cannabinoids that can aid your slimming down process? Here's what scientific studies say about THCV and weight loss.
Beth Williams 3 months ago

What Is Medical Weight Loss And Who Is A Good Candidate?

So you've tried everything to get in shape but nothing worked? You might be a great candidate for medical weight loss. Here's all about it.
Beth Williams 7 months ago

Read This First Before You Commit To Losing Weight

Weight loss is a task that needs great effort. So before you commit to losing weight, here are some important things you should know first.
Julianne Bodo, CES, PES 7 months ago

Some of the top supplements for weight loss, along with well-balanced meals and proper exercise will help you achieve your goal weight fast.
Beth Williams 7 months ago

To lose 10 pounds in 2 months, you need to determine both your daily expenditure of calories and daily calorie deficit. Here's how to do it.
Mariah Belsore 9 months ago

What Is The Most Accurate Body Fat Measurement?

So you wanna know what the most accurate body fat measurement is? Here's a list of five different procedures to measure your body fat.
Julianne Bodo, CES, PES 10 months ago

So you've decided to undergo weight loss surgery and need to explain it to your children. Here are some tips that'll help you do just that.
Beth Williams 11 months ago

Looking for the right fat burner to aid your weight loss process? Here's how to find the best one based on your lifestyle and weight goal.
Beth Williams 11 months ago

Belly fat doesn’t just look bad, it can be a serious health issue. So here are 7 tips to help you get rid of belly fat naturally and safely.
Julianne Bodo, CES, PES 1 year ago