The Detrimental Reasons Why You’re Not Losing Weight 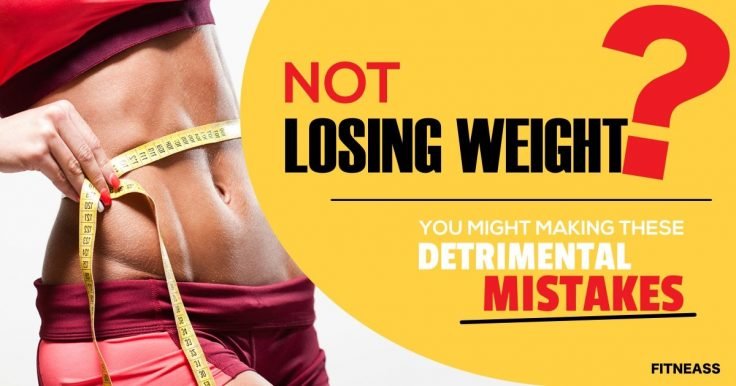 Some of you are pushing hard with your diets and workouts but still not losing weight. To help you, we’ve put together the main factors that can sabotage your weight loss results.

So you’re hitting the gym a few times a week, you’ve managed to avoid those donuts in the staff canteen, you’ve even stopped putting sugar in your tea.

Yet somehow you are still two or three belt notches away from your perfect weight. What is going on?

The popular saying a “moment on the lips, a lifetime on the hips” has a huge amount of weight to it (no pun intended).

It takes an awful lot more time and effort to shed pounds than it does to put them on.

Why You’re Not Losing Weight

Here’s why you might not losing weight even though you’re following a diet and workout program:

Despite what you may have been led to believe, losing weight is not just about eating less and exercising more – how much you sleep also has a huge role to play.

Sleep is hugely important for all aspects of our physical and mental health. (Learn more on this from the Sleep Advisor).

Disrespecting your body’s need for sleep is probably the single biggest stumbling block in your failure to lose weight.

One study found that adults who slept poorly had a 55% greater risk of becoming obese compared to their well-rested contemporaries. (1) Scary stuff!

What is even more worrying is that the same study found that children who slept badly were 89% more likely to become obese. Yikes!

This is especially concerning considering the epidemic of obesity impacting America’s children.

There are many different reasons why sleep is important for weight loss. A lot of these involve the role sleep plays in fortifying our mental strength and how that relates to willpower.

However, there are more tangible reasons also such as the fact that our fat cells actually perform less efficiently when sleep-deprived.

Termed by researchers as “metabolic grogginess”, it seems our bodies ability to burn fatty acids and lipids as energy is disrupted when we are tired. And fuel that we could’ve used is instead stored in our tissue.

So instead of setting your alarm early so you can get up and go for a jog, go ahead and enjoy the extra hour in bed.

It seems that getting a restful sleep could be the secret to your weight loss woes.

2. You’re Losing Weight, Just Not As Quickly As You Hoped 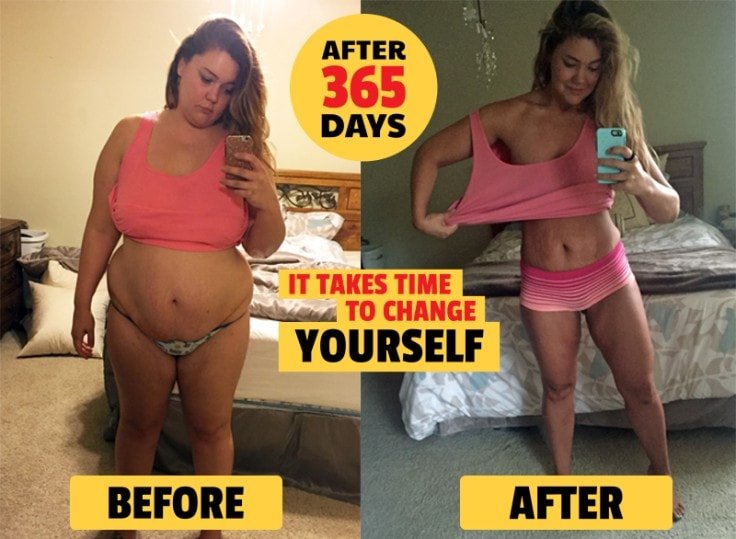 Weight loss is a journey, not a sprint. Where it’s quite possible to put on weight quite quickly, the reverse isn’t true.

Shedding serious pounds takes a commitment of months, not weeks.

It’s not uncommon for those trying to lose weight to drop pounds quickly in the beginning but continuing at that rate is often simply unrealistic.

More often than not, you will hit a plateau. This is where your willpower will be truly put to the test.

If you’re exercising and eating healthily, then don’t worry, you will eventually begin to lose the excess fat you have been carrying around. You won’t, however, always necessarily lose weight.

If you are relatively new to exercise it’s not uncommon for loses in fat to be replaced by reciprocal gains in muscle mass. This is a good thing. This is you getting healthy.

Instead of simply using the weighing scale in your bathroom as a gauge of your success, why not measure your progress in a more health conscious way, such as getting your body fat ratio measured regularly?!

And if you have gone more than a month of working out and eating well and still not losing weight, then maybe it is time to take a look at some of the other factors that can impact your weight – your sleep, for instance.

Some things in life just don’t work. Diets are one of them.

Some research even indicates that dieting and so-called “restrictive eating” can in fact result in weight gain over time. (2)

Equally damaging is that many diets actually see people losing weight through a drop in muscle mass and not fat.

When these diets ultimately fail, and most of them do, the individuals then quickly regain their former weight but do so in fat and not muscle. Uh-oh!

Forget dieting, especially fad diets. If anything is described to you by a magazine as the “newest” way to lose weight, just ignore it.

Instead of setting a weight loss as your goal, why not aim to simply become healthier and happier?

“But how can I measure if I am healthier or happier?” I hear you cry! Believe me, when you’re happier and healthier, you will know.

Setting happiness and health as your goals will make the quest more enjoyable.

Dieting simply because you want to lose weight for aesthetic reasons means you are constantly focussing on negative aspects, such as your appearance relative to others.

Aiming to become a happier, healthier person is a lifestyle choice that involves only you.

What’s more, as you work toward your goal, the pounds will fall off as a natural side effect.

Well, there you have it – three detrimental reasons why you’re not losing weight.

Don’t despair, as long as you are exercising, eating well and getting enough sleep you will be getting healthier. And health is the true wealth, not waist size.

Are there any cannabinoids that can aid your slimming down process? Here's what scientific studies say about THCV and weight loss.
Beth Williams 1 month ago

What Is Medical Weight Loss And Who Is A Good Candidate?

So you've tried everything to get in shape but nothing worked? You might be a great candidate for medical weight loss. Here's all about it.
Beth Williams 5 months ago

Read This First Before You Commit To Losing Weight

Weight loss is a task that needs great effort. So before you commit to losing weight, here are some important things you should know first.
Julianne Bodo, CES, PES 6 months ago

Some of the top supplements for weight loss, along with well-balanced meals and proper exercise will help you achieve your goal weight fast.
Beth Williams 6 months ago

To lose 10 pounds in 2 months, you need to determine both your daily expenditure of calories and daily calorie deficit. Here's how to do it.
Mariah Belsore 7 months ago

What Is The Most Accurate Body Fat Measurement?

So you wanna know what the most accurate body fat measurement is? Here's a list of five different procedures to measure your body fat.
Julianne Bodo, CES, PES 9 months ago

So you've decided to undergo weight loss surgery and need to explain it to your children. Here are some tips that'll help you do just that.
Beth Williams 10 months ago

Looking for the right fat burner to aid your weight loss process? Here's how to find the best one based on your lifestyle and weight goal.
Beth Williams 10 months ago

Belly fat doesn’t just look bad, it can be a serious health issue. So here are 7 tips to help you get rid of belly fat naturally and safely.
Julianne Bodo, CES, PES 12 months ago