Palm Oil – The Good, The Bad, And The Worst 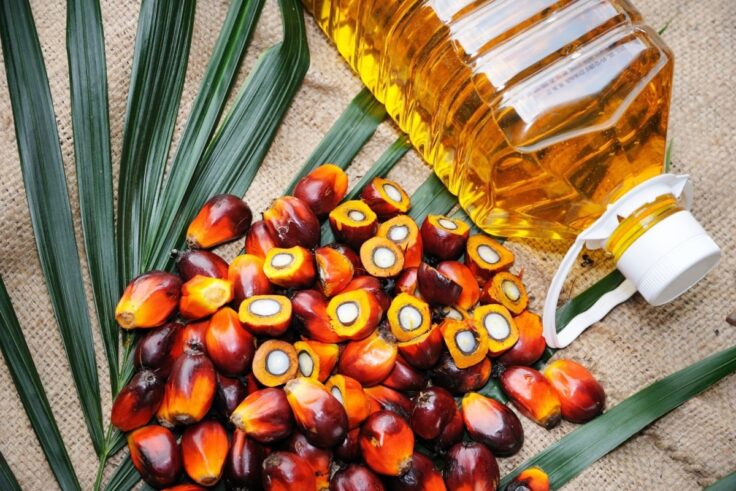 Nearly 50% of the packaged foods at our supermarket contain palm oil. So let’s explore its alarming impact on our health and the environment.

Palm oil accounts for one-third of vegetable oils produced annually yet as a product it is virtually invisible. It hides under the miscellaneous label “vegetable oil” and is used as an alternative to trans fats.

Palm oil has replaced trans fats – a well-known baddie linked to chronic diseases – as a stabiliser in packaged food products because it has a longer shelf life than other oils.

We consume over 70 million metric tons of palm oil for use in food and beauty products each year. But do we understand the cost to health and home?

The History Of Palm Oil

Palm oil has been consumed for over 500 years, but it is only in the last 15 years that we have started using it to such excess in our food.

The oil palm tree is grown on plantations in Africa, Indonesia, and South-East Africa, among others. It takes roughly six months to produce its reddish plum-sized fruit.

You can find it in common food products like margarine and ice cream, while it is also used as a base for liquid detergents, lipsticks, and waxes.

According to the WWF, palm oil can be found in approximately 50% of packaged food in our supermarkets.

A report by the World Bank and Asia Development Bank found the Malaysian palm oil industry (the second largest after Indonesia) employs nearly 570,000 people. It is a huge industry that generates approximately $22 billion a year.

Is It Good Or Bad For Your Health?

Trans fats – the artificial hardened type that results when hydrogen is added to liquid vegetable oil – are used in food to prolong shelf life.

Although they are a type of unsaturated fat, they behave like saturated fats, increasing the level of LDL (bad) cholesterol in the body.

Unlike saturated fats, however, trans fats also lower the levels of HDL (good) cholesterol in the body, increasing the risk of heart disease.

Many food manufacturers have switched to palm oil in an attempt to remove trans fats from their products, such as some potato chips and biscuits.

The problem is palm oil contains 40-60% saturated fat, which can increase the risk of heart disease and stroke.

“It’s difficult knowing how to read labels and understanding how much saturated fat you should have”, McGrice says. “We want people to have less than 10 per cent of saturated fat a day. Look at the per 100g column for a percentage.”

However, palm oil is not all bad – a small amount of saturated fat is part of a healthy diet.

Palm oil contains ten times as much vitamin A as carrots, improving your vision, the strength of your teeth and bones, and helping your body to heal. But vitamin A can be found in many other oils.

“People can replace the palm oil in their diet with healthier oils that are higher in monounsaturated and polyunsaturated fats such as canola and olive oil to reduce the risk of chronic diseases”, McGrice says.

Palm oil continues to be used due to its long shelf-life and can be found mainly in processed foods such as chips, biscuits, and takeaway foods – packaged foods that can live in your cupboard for months.

According to the WWF, rainforests in South East Asia and Indonesia are being deforested at an alarming rate. Twelve million hectares were cleared for the cultivation of palm oil plants in 2005. An area the size of 300 soccer fields is being cleared for plantations every hour.

“Deforestation results in the release of greenhouse gases”, Band says. “It threatens the lives of many species and causes environmental degradation through fires, and soil and water contamination.”

According to the Australian Orangutan Project (AOP), the wild orangutan population has halved in the last decade and the Sumatran orangutan could be extinct within ten years.

The Asian elephant, tiger, and Sumatran rhinoceros have been classified as endangered due to the environmental destruction caused by palm oil deforestation. 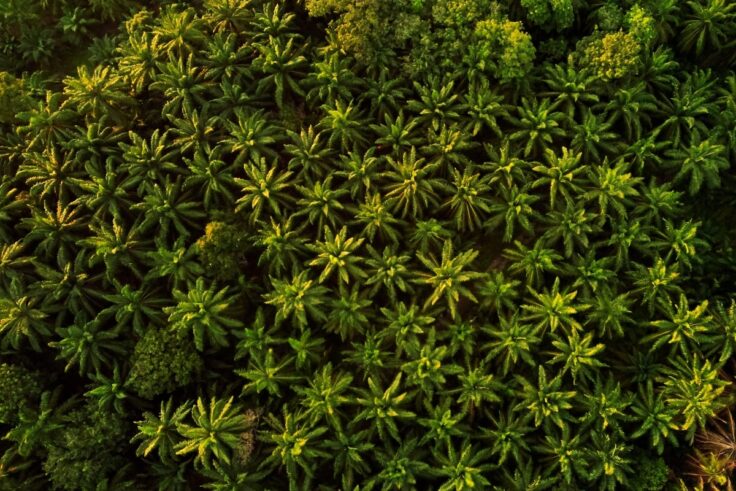 What Can We Do About The Palm Oil?

Steering clear of palm oil can only mean good things for our health and for the environment.

Lucy Band believes that we, as consumers, have the power to bring about change. But we must take action. “Write to the manufacturer asking them to go palm oil free and join the campaign for mandatory labelling of palm oil products”, she says.

In Australia, there is no legislation requiring the mandatory labelling of palm oil on product labels. Usually listed simply as “vegetable oil”, palm oil is difficult to identify without directly contacting the manufacturing company.

You can, however, try to identify palm oil in food by checking the amount of saturated fat and vegetable oil on the nutritional panel.

McGrice suggests two healthy eating options: “Number one, stay away from pre-packaged foods and number two, read the label on your vegetable oil or choose an olive oil instead.”

Palm oil contains 40-60% saturated fat, which can increase the risk of heart disease and stroke.

The Function And Importance Of The Nucleus

Are you struggling with anxiety in your day-to-day life? Here is all you need to know about seeing a therapist for your anxiety.
Julianne Bodo, CES, PES 4 months ago

A hearing aid dome is a small detachable piece on the end of your hearing device, which funnels sound directly into your ear canal.
Beth Williams 4 months ago

Do you want to try some CBD products to reap all their benefits but don't know where to start? Here's how to shop for CBD products online.
Beth Williams 6 months ago

Your family's health insurance policy is one of the most important documents you will ever own. Here are some crucial facts about it.
Beth Williams 7 months ago

Unsure of what to pack in your pregnancy bag? Here are 9 essentials every mom-to-be should have to stay safe and comfortable during pregnancy.
Julianne Bodo, CES, PES 9 months ago

Tea is a beverage that has been consumed for centuries. There are many types of tea, each one being a little different from the next.
Beth Williams 11 months ago

While there are numerous types of cancer, mesothelioma is one of the rarest and most aggressive forms. Here's all you need to know about it.
Julianne Bodo, CES, PES 11 months ago

Any change in your fruits and veggies' texture, smell, or color can be a rotting sign. So here's how to store them properly to last longer.
Mark Norey, CPT 1 year ago