Cholesterol May Not Be As Bad As You Think 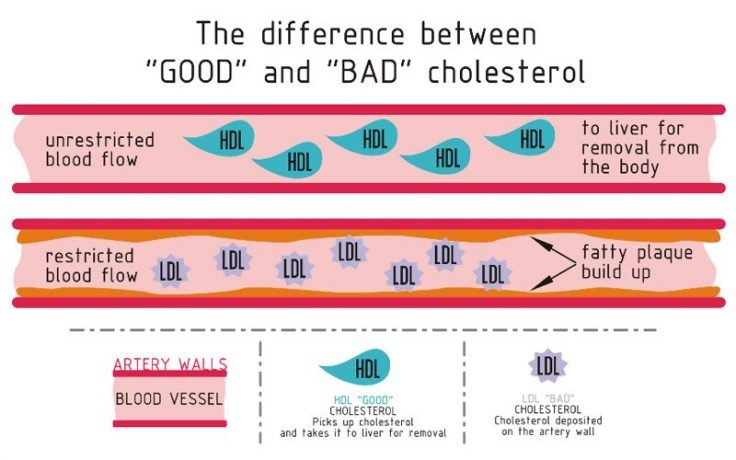 For decades cholesterol is been demonized as the reason so many people have heart disease. We ‘ve been watching it, and avoiding it like the plague. But why? Does that do any good? The answer may surprise and depress you.

Heart disease is still pretty much the biggest killer in the industrial world. Multiple problems come from Atherosclerosis, where the walls of blood vessels thicken and fatty plaques form. Later, clots can develop, or fragments of plaques can break off and clog up other vessels.

If those blockages occur vessels that feed the heart, you have a heart attack. If those vessels feed the brain, you have a stroke. Neither is good.

Why Do We Need Cholesterol?

Cholesterol is not poison, so your body needs it! Your liver makes about 1000 mg of it a day. So you need it to make certain vitamins and hormones. Also it’s necessary to make cell walls and to help digest and move fat around your body.

Cholesterol gets around in 2 forms:

1. Low Density Lipoprotein (LDL) – is the bad kind, it’s the one that’s been implicated in causing atherosclerosis.

Since 1994 laws require foods in the United States to report cholesterol values on nutrition labels, so people could make more informed choices.

The right metric about cholesterol to focus on is debatable. Is it the total amount, the LDL level only, the ratio of LDL to HDL? All of these were hotly contested, but what wasn’t contested, at least not terribly publicly, was that we should avoid cholesterol in our food. And that is where the dietary recommendations come in.

For long time we’ve been told that we should limit our intake of cholesterol to no more than 300 mg a day. That’s not a lot because just one egg has about 220 mg of cholesterol in it and a two egg omelette would be a bad idea.

We cut out eggs, we cut out meat, we cut out shrimps, some of us cut even milk and this sucks! Today, the average adult male in the US consumes about 340 mg of cholesterol a day and experts complain that that’s not good enough.

In 2013 researchers published a systematic review of all recent studies just from 2003 or after. Most of the studies that controlled for background diet found that altering cholesterol consumption had no effect on the concentration of blood LDL cholesterol. A few studies could only detect differences in small subgroups of peoples with certain genes or a predisposition to problems.

In other words, in most studies, all people didn’t respond to changes in their intake of cholesterol.

Have recommendations change with the publication of any of these studies? No. I still get lectures from people telling me that this or that has too much cholesterol in it. But all that may be about to change because in December 2014, a dietary guideline summit committee met to discuss possible changes to the next set of dietary guidelines for the US to be released this year.

After their meeting they published a report and it said: “Cholesterol is not considered a nutrient of concern for overconsumption.” – Dietary Guidelines Advisory Committee 2014.

I’m sure that will come as a surprise to the vast majority of Americans and people worldwide who for decades have been watching the cholesterol intake religiously. It’s very possible that the US government might finally change their dietary guidelines this year to reflect this fact.

That doesn’t mean that bad levels of cholesterol in your blood aren’t dangerous. It also doesn’t mean that all the peoples on drugs to help produce their cholesterol level don’t need them. It’s now fact that it’s the consumption of saturated and trans fats perhaps which make more of a difference and that’s what we should focus on. 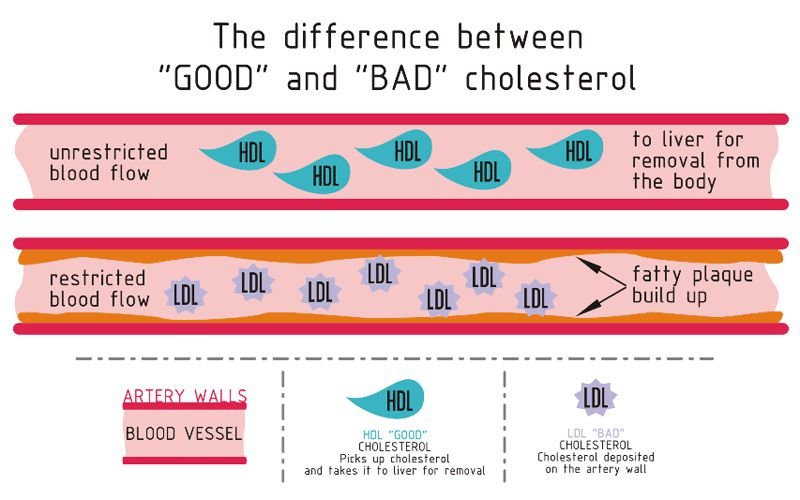