Why Meal Timing Is Important When Losing Weight After All 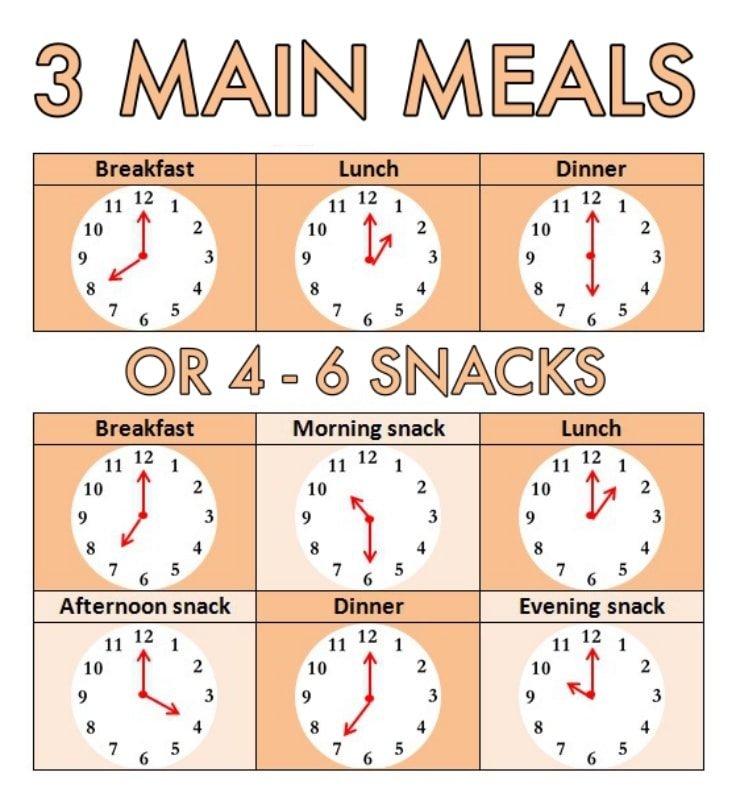 Do you remember what they used to say a few years ago about meal timing and eating lots of food at night? It was labelled one of the most wonderful example of scientists being completely wrong.

Apparently, if you ate food at night your body wouldn’t burn it off, because your metabolism would slow down when you went to bed. If you went to sleep with food in your stomach, you were going to put on lots of weight, or so they said.

Here are some thoughts on meal timing that can help you open your eyes when trying to lose weight:

1⃣ A Massive Swing In The Opposite Direction

Suddenly, there was a huge swing in the opposite direction, and it happened so fast regular people still believe it’s not a good idea to eat before bed.

The “Meal Timing Is A Myth” era was born overnight.

People who exercised decided they could eat whenever they wanted as long as they stayed under their daily calorie limit and they would be fine.

Technically, they’re actually right. It’s the ‘staying under’ people generally tend to have a problem with.

2⃣ It Was Finally A Good Idea To Skip Breakfast

Lots of us used to skip breakfast anyway, but it wasn’t because we wanted to lose weight. The main reason was because we were too lazy or in a rush each morning.

If you fell into this category you probably looked pretty smug when it was said meal timing didn’t have any affect on your weight loss goals. Your mug of coffee was more than enough.

Fitness gurus come out with diets all the time, but you’ll know they count on the fact most regular people don’t know much about losing weight.

Instead of coming up with a simple diet, they turn it into a lifestyle flocks of sheep seem to follow. You can forgive vegans because they care about the animals, but when people are trying to eat like cavemen you know there is something wrong.

Especially when they’re not even eating like a caveman, but instead they’re in love with the idea they are.

Intermittent fasting was the lifestyle that benefited the most from those who were saying meal timing didn’t matter. 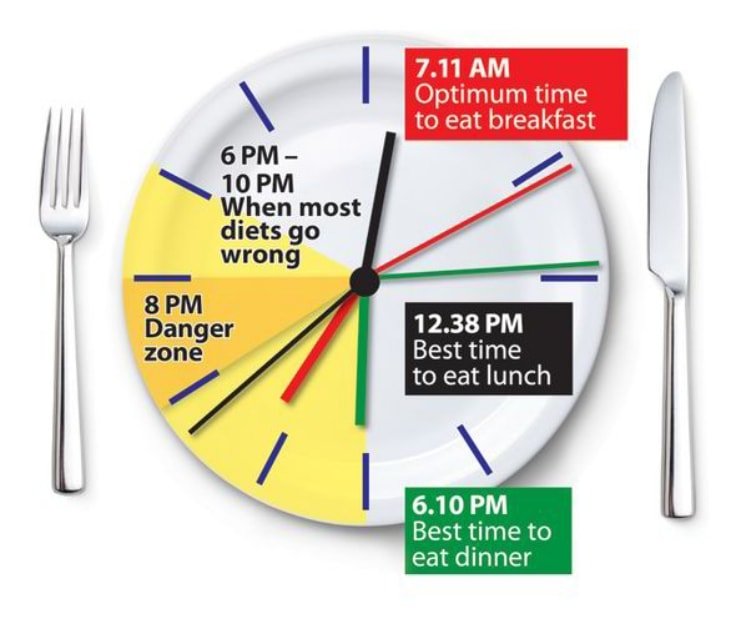 4⃣ Why Intermittent Fasting Was So Successful

Intermittent fasting wasn’t only successful because it gave people an excuse to run to work with nothing but a coffee in their hand every morning. It also made complete sense if meal timing truly didn’t matter.

If you only had a limited amount of calories to eat per day and you skipped breakfast, you could eat a lot more food at night. For those looking to lose weight, the sacrifice in the morning was worth it because it would still allow them to binge.

Do you remember when we said they thought your metabolism slowing down at night would stop you from losing weight? They were completely wrong about that, just like they’re wrong about lots of approaches to weight loss.

5⃣ It Turns Out Meal Timing Might Be Important

If you want to gain weight it’s true you can eat when you want. If you’re lifting weights it’s not going to make too much difference, or so we think at this moment in time.

But now after a study published in Biochimie, it looks like the old saying was right. You should eat like a king in the morning and a pauper at night.

Eating most of your calories in the morning will help you lose weight, and eating over a third of them at night could double your obesity risk.

6⃣ This Also Comes With A Simple Explanation

You should read the study if you want to know the exact ins and outs of how it works, but it’s right to point out a simple explanation as to why they’re not wrong.

Unless you work at night, your body simply doesn’t require the same amount of calories to function at its best when you’re not as active.

It’s the same as saying skipping breakfast will let you save most of your calories for night. You could be tricked into believing either one is true, but there is an actual study saying meal timing for weight loss is important.

7⃣ What This Means For Your Weight Loss Goals

Do you know what is funny about the whole commotion?

Like most things in fitness, both approaches can work and people could lose weight easily following either of them.

If you want to follow the science-based advice a big breakfast has been proven to work best. It’s also shown meal timing is important when you’re trying to lose weight no matter how many people try to claim otherwise.

How To Keep Your New Body In Shape After CoolSculpting Treatment

Here are the tips and ways to keep in mind in order to maintain your new body in shape after undergoing a CoolSculpting treatment.
Beth Williams 4 weeks ago

If you've hit a weight loss plateau and don't know where to go from there, here are some useful tips that'll help you overcome it.
Julianne Bodo, CES, PES 1 month ago

Are you looking to burn more fats, shed a few pounds, and get back in shape? These tips will help you achieve your desired silhouette.
Julianne Bodo, CES, PES 1 month ago

How To Get Rid Of Pot Belly After Delivery

Getting rid of pot belly after pregnancy shouldn't be a big deal, especially if you are determined and follow these simple steps.
Beth Williams 2 months ago

What Is Your Ideal Weight For Your Height?

Wanna know how healthy you are? Your BMI is a great indicator of your healthiness. Here's how to calculate your ideal weight for your height.
Julianne Bodo, CES, PES 3 months ago

Re-Energize Your Body With This 3-Day Detox Plan

This 3-day detox plan is all you need to give your body a reset, boost your metabolism, and feel better in your skin. Oh, and it's vegan too.
Mark Norey, CPT 4 months ago

How To Get Your Body Ready For Summer

So the hot season snuck up on you this year? You might want to get your body ready for summer, and you need to do it fast. Here's how.
Beth Williams 5 months ago

If you're a woman over 50, you might be looking for ways to get rid of the stubborn menopause belly fat. Here are the best approaches.
Julianne Bodo, CES, PES 5 months ago

You can burn the extra fat, reduce stress, and boost brain performance with these nootropics for weight loss. But they're not magic pills.
Beth Williams 5 months ago

Why Are Weight Loss Supplements Ineffective?