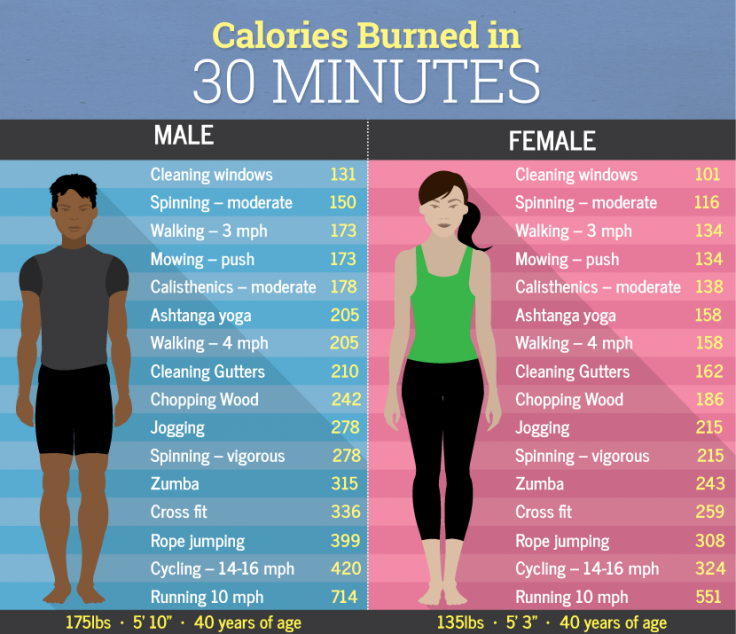 We all heard that men have an advantage when it comes to weight loss and calories burned through exercises. There are stories of women working hard to lose a pound and stories of men eating all kind of junk foods, hitting the gym and losing weight significantly. But do men really burn calories faster than women?

More muscle mass burns more calories than body fat, and women tend to have less lean muscle tissue than men. In a short period of time, men do lose more weight when they cut the same number of calories with women. But fitness programs often accentuate the difference.

There is a study where men and women were each put on popular diets like Weight Watchers, Slim-Fast and Atkins. The women had lost two times less weight as the men, and 3 times less body fat after 2 months. However, after 6 months the difference between the genders’ weight loss wasn’t even noticeable.

Men have more testosterone and less estrogen than women. And women have up to 11% more body fat than men to help them during pregnancy. These are factors that really influence the calories burned and the weight loss process in men vs in women.

At the end of the day, calories burned by men and women is the result of a hard work for both genders. So it doesn’t matter what your gender is, you just have to be persistent and patient to succeed in weight loss. 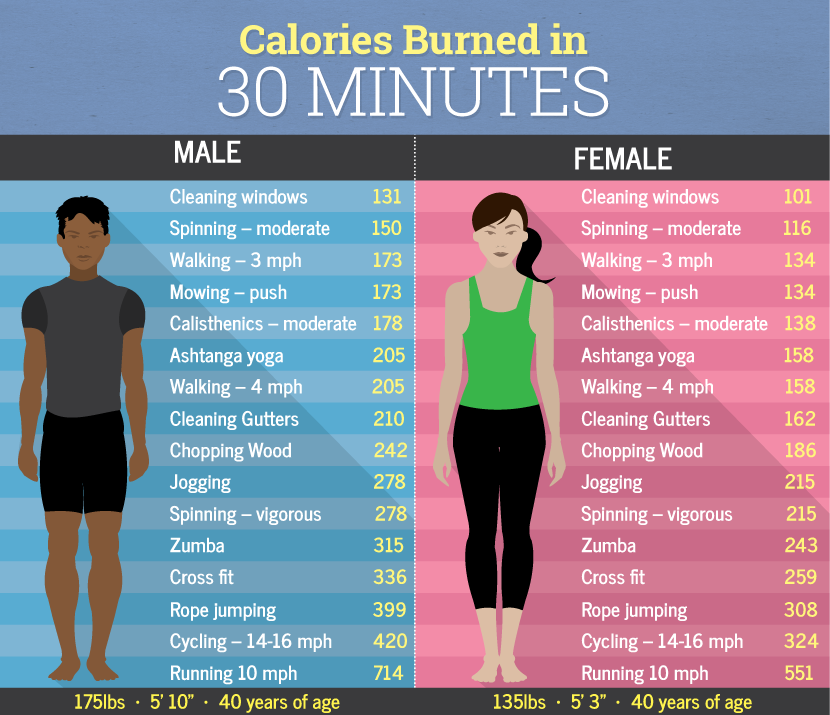 Over 9% of the population is suffering from an eating disorder, so it's time to address this health issue by answering some common questions.
Mariah Belsore 12 months ago

Some people can suffer from unpleasant reactions caused by food; these people may have food intolerances. Here's how to detect and treat them.
Julianne Bodo, CES, PES 1 year ago

So you've decided to undergo weight loss surgery and need to explain it to your children. Here are some tips that'll help you do just that.
Beth Williams 1 year ago

Looking for the right fat burner to aid your weight loss process? Here's how to find the best one based on your lifestyle and weight goal.
Beth Williams 1 year ago

Belly fat doesn’t just look bad, it can be a serious health issue. So here are 7 tips to help you get rid of belly fat naturally and safely.
Julianne Bodo, CES, PES 1 year ago

How To Lose Weight Without Working Out

Looking to shed a few pounds but regular exercise is not really your thing? These diet tips will help you lose weight without working out.
Mark Norey, CPT 1 year ago

The Weight Loss Stages Of A Successful Body Transformation

If you're looking to transform your body, consider learning the basics of fat burning and the four weight loss stages that come with it.
Julianne Bodo, CES, PES 1 year ago

When exercise and diet can't help you reach your ideal weight, it's time to take some supplements for weight loss. Here are the best of them!
Beth Williams 1 year ago

This 30-day flat abs challenge is all you need to strengthen your core muscles so you'll get stronger and fitter week after week.
Mark Norey, CPT 2 years ago