Testosterone Production In Men And In Women

Testosterone is the quintessential male hormone, and testosterone production supposedly makes men more manly, right? Sure, but females have testosterone too. So what do they do with it?

Testosterone is recognized by the general population but not well understood, and even scientists haven’t mastered it yet. Those commercials calling for people with “low-T” to talk to their doctors are crazytown!

According to the British Medical Journal only 0.1 percent of men in their forties have low-T. So why do people care? Because we think of it as the hormone for masculinity. High testosterone is equated with manliness and mating success, even though it’s not associated with actual attractiveness.

In one study testing testosterone on female behavior, women who only believed they’d received it behaved more aggressively toward other women. What we think can influence this whole deal.

Testosterone production takes place in the adrenal glands, ovaries and testes. We commonly associate it with men, but, according to the journal Maturitas it’s the most abundant sex steroid in women throughout their lifespan.

Men have 10 times MORE testosterone in their body than women, pushing around 4 to 10mg of the hormone per day through their bloodstreams.

Most people learned that testosterone production kicks in during male puberty when the pituitary gland at the base of the brain begins releasing luteinizing hormone (LH) and follicle-stimulating hormone (FSH). Together, they tell the testes to make testosterone causing development of the reproductive organs, larger muscles, deeper voices, increased height, and so on.

But in females, 50 percent of their testosterone comes from their ovaries and adrenal gland throughout their lives. The rest is naturally converted from base androgens to testosterone elsewhere in the body as needed. Androgens are sort of like the building blocks of hormones like estrogen and testosterone.

As women enter menopause, testosterone production halts, perhaps to lower libido, but we don’t really know why. Female testosterone has been connected with:

Testosterone is even been associated with ladies crying to release it.

Testosterone is the skeleton key to SO MUCH in our bodies, and the levels in each and every person varies. Testosterone naturally fluctuates throughout the day, and over our lifetimes. Levels usually peak in the morning and drop throughout the day. In men they peak during puberty, lowering by 1-2 percent a year after 40.

But female testosterone production is less well understood overall, which can cause all sorts of issues. It seems to help grow healthy bones, but upping intake can cause blood clots, cancers and other deadly issues in all humans.

When the International Olympic Committee tested the female athletic population of the 2011 Daegu, South Korea World Championships they found about 3% of the women at the lowest MALE levels, while 1.8 percent of the men were within the typical female range!

So again, testosterone isn’t well understood and even though we know more about it with men, we’re still kind of bumbling. There’s not even a strong connection between testosterone and physical violence.

What we do know, is testosterone prepares the body to respond to competition, sexuality, and challenges to social status, but outside of that, it’s all foggy. Ultimately, there doesn’t seem to be an exact number that’s right for everyone. 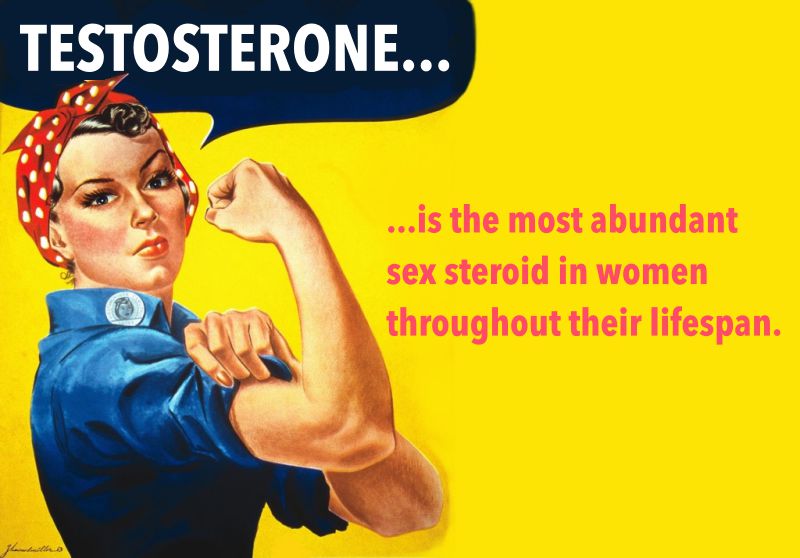 Are you struggling with anxiety in your day-to-day life? Here is all you need to know about seeing a therapist for your anxiety.
Julianne Bodo, CES, PES 2 hours ago

A hearing aid dome is a small detachable piece on the end of your hearing device, which funnels sound directly into your ear canal.
Beth Williams 4 days ago

Do you want to try some CBD products to reap all their benefits but don't know where to start? Here's how to shop for CBD products online.
Beth Williams 3 months ago

Your family's health insurance policy is one of the most important documents you will ever own. Here are some crucial facts about it.
Beth Williams 4 months ago

Unsure of what to pack in your pregnancy bag? Here are 9 essentials every mom-to-be should have to stay safe and comfortable during pregnancy.
Julianne Bodo, CES, PES 6 months ago

Tea is a beverage that has been consumed for centuries. There are many types of tea, each one being a little different from the next.
Beth Williams 7 months ago

While there are numerous types of cancer, mesothelioma is one of the rarest and most aggressive forms. Here's all you need to know about it.
Julianne Bodo, CES, PES 7 months ago

Any change in your fruits and veggies' texture, smell, or color can be a rotting sign. So here's how to store them properly to last longer.
Mark Norey, CPT 11 months ago

Being a dentist is undoubtedly an enticing profession, but it isn’t easy. So how can you become a better dentist? Follow these tips!
Beth Williams 11 months ago