Physical Sports That May Cause Concussions 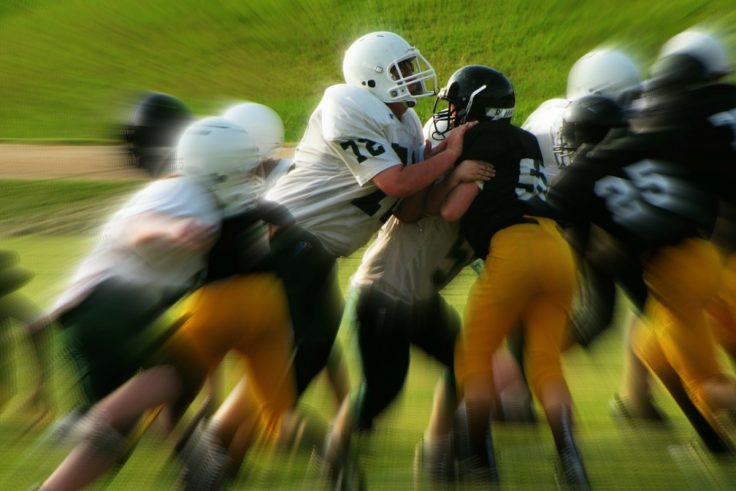 Concussions are a major problem in contact sports such as football, ice hockey or soccer. So before joining these sports, do your research!

Sports are great for your overall wellbeing and provide opportunities for professional athletes to make a lot of money. However, no sport is risk-free.

One concerning injury many athletes face are concussions, which can happen when there is a direct impact or jolt to your head. This causes the brain to rock quickly back and forth.

Contrary to popular belief, you can get a concussion from any sport, but the risks are usually associated with the nature of the game, physical activities of the participants, and the environmental conditions.

In this article, I’ll be listing some sports that are notorious for a high incidence of concussions, so that you can be more careful the next time you participate in any of them.

3 Common Sports That May Cause Concussions

Here are the most common sports that can be dangerous for your head if you play them regularly:

This shouldn’t come as a surprise. When huge physiques are constantly colliding with one another, there’s bound to be brain injuries.

According to the University of Pittsburgh Medical Center (UPMC), 1.7 to 3 million sports-related concussions happen each year, and 300,000 come from football.

The positions at greatest risks of concussions are cornerbacks, wide receivers, and followed by linebackers.

These numbers don’t come from professional athletes alone. High school students are just as vulnerable, and every year up to 67,000 cases of football-related concussions are diagnosed in students.

Unfortunately, a lot of concussions aren’t addressed because the symptoms are often overlooked. Minor concussion symptoms can last from two weeks to 3 months, with more serious cases lasting longer.

If an athlete has sustained a head injury, he or she should watch out for common symptoms such as:

Ice hockey players can glide through the ice at up to 18.6 miles per hour. Combined with the aggressive nature of the game, it’s no wonder the sport has the highest incidence of concussions.

Concussions can occur from a few reasons. The most obvious one is players colliding with each other or the ice. Others include getting hit in the head by the stick and crashing into the boards.

Awareness in ice hockey concussions is catching up. Initiatives such as “Heads Up: Concussions in Hockey” developed by the CDC aims to educate all stakeholders in youth hockey about concussions and educates coaches on the symptoms and immediate steps to be taken when dealing with concussions.

Though “the most beautiful game” isn’t as aggressive as some other sports, it is still a contact sport where players do collide with one another, receive headbutts, elbows, and knees occasionally.

People would assume that heading the ball could cause concussions because of the direct impact between the forehead and the ball. The force of soccer headers at about 15-20 G’s (15-20× gravity force) is not strong enough to cause a concussion even in teens. Rather, it’s collisions between players.

For female athletes, soccer has the highest rate of concussions, and have a higher chance of suffering a traumatic brain injury compared to males by three times though it’s not exactly understood why.

Hopefully, I’ve created some awareness around concussions and the sports that might cause them. Make sure to read more about this subject and inform yourself before joining a new sport.

After you retire as a professional athlete, you have to learn how to deal with your life after professional sports. So check out these tips!
Beth Williams 5 days ago

Finding excellent personal trainers is not an easy task. But if one meets all these requirements, then he/she is the best option for you.
Julianne Bodo, CES, PES 2 weeks ago

Cardio vs Weightlifting: What Are The Benefits?

Setting The Stage For A Health-Conscious Summer

Embracing a health-conscious summer may seem difficult at first sight, but these tips will help you achieve your fitness goals this summer.
Beth Williams 3 weeks ago

After spending countless hours on Pinterest or Instagram, you are finally ready to start making your own gym clothes. Here's how to do it!
Beth Williams 2 months ago

You should add these nutritious leafy greens to your dishes if you want to eat healthily. They're satiating and full of health benefits.
Mark Norey, CPT 2 months ago

An athlete or not, if you're looking to maintain your fitness, you need a well-thought exercise plan with a set of realistic goals.
Julianne Bodo, CES, PES 2 months ago

The role of compression in sports is clear: it increases blood flow which leads to faster sprints, longer jumps, and more lifting power.
Beth Williams 2 months ago

Regardless of the season of the year and the exercise type, workout headbands are a great addition to your fitness outfit. Here's why.
Beth Williams 3 months ago

With the right muscle recovery remedies, you may speed up your progress and may get the most out of every workout. Here are 10 easy methods.
Julianne Bodo, CES, PES 3 months ago