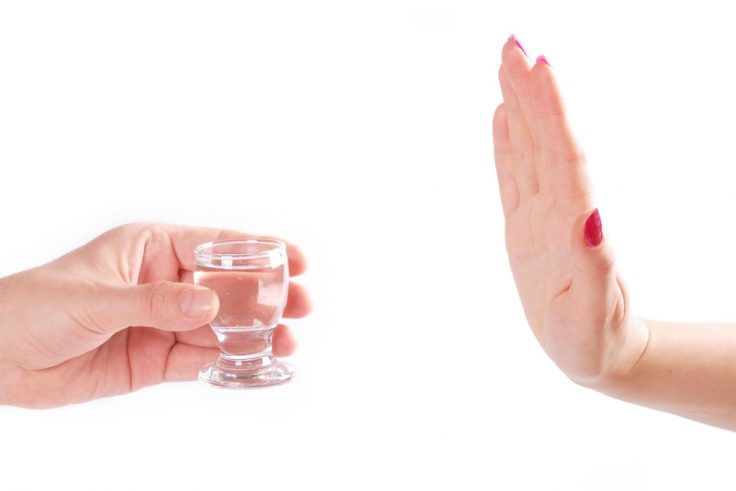 Quitting alcohol cold turkey is not a reliable solution for all of us. In fact, it can be really dangerous, and even fatal in some cases.

Despite all the warnings about substance abuse, it’s still a prevalent medical problem throughout the world. Alcoholism, in particular, has been and continues to be a serious issue.

In fact, one in 12 American adults suffers from alcohol addiction. This makes alcohol the most widely abused substance in the USA. It’s an even bigger problem than hard drugs such as cocaine and heroin.

Alcohol Consumption And How To Get Help

Many alcoholics know that they need to get the monkey off their back eventually, but often when they try to quit, they quit too quickly and without medical supervision. This is referred to as going cold turkey.

When alcohol is consumed regularly over a significant period of time, it can cause dopamine and GABA levels in the brain to increase to abnormal levels.

All of this culminates into a bevy of serious health issues, not the least of which are things such as neurological damage which can result in memory loss, and cirrhosis of the liver which can be fatal.

There are two main types of facilities that can help patients who have alcohol consumption problems:

Both of these are viable options. The wrong way to go about dealing with an alcohol-related issue is to simply stop drinking altogether and just go cold turkey.

This is when recovering alcoholics are most at risk for an extreme type of withdrawal known as delirium tremens or DTs for short.

Delirium Tremens (DTs) is a severe alcohol withdrawal symptom which can be identified by:

These complications can increase the chances that the DTs will be fatal unless top-notch medical care is provided without delay.

In addition to all of this, there is a long list of non-life-threatening side-effects that can come about as a result of an attempt to quit alcohol cold turkey. These include the following:

While this list of symptoms is not necessarily life-threatening, keep in mind that people trying to quit alcohol full stop should consider themselves lucky if one or more of these symptoms are the only backlash that they experience.

Still, consider the following. Clammy skin and agitation are not a big deal, but what about dizziness and diarrhea? It’s pretty difficult to drive your car to work you can’t even see straight.

Unprovoked aggression and hostility are great ways to damage your personal and professional relationships.

If you work a physically demanding job, muscle weakness and fatigue can seriously impair your ability to carry out your duties and could very easily result in the loss of your job.

It’s important to remember that this list of symptoms describes those who got off easy.

One of the more sinister side-effects of alcohol withdrawal (not just cold turkey) is dehydration. Alcohol consumption in and of itself dehydrates the body.

However, as mentioned in the above list diarrhea is one of the more common side effects of alcohol withdrawal.

Diarrhea by its very nature dehydrates the body on account of the increase in liquid expelled in bowel movements. In essence alcoholism itself creates a knock-on effect.

The dependency on alcohol needs to be resolved. Many addicts are too embarrassed to seek professional medical help and so they attempt to quit drinking cold turkey.

This results in withdrawal symptoms such as diarrhea, which then compounds the problem by increasing the body’s loss of fluids, but it doesn’t stop there.

A person’s natural reaction to dehydration is to, of course, drink more water. The water in and of itself is not the problem, rather the electrolyte balance in the stomach is.

Electrolytes are salts and minerals that our bodies do not naturally produce, and must be supplemented to us through the foods that we eat.

The vast majority of these electrolytes are water-soluble and therefore can be passed through our urine. However, their water-solubility also means they can be excreted through fecal matter if it is sufficiently high in water content, which diarrhea is.

Most people think of urination and perspiration as primary ways that the body excretes water, but this is not the case, as a significant amount of fluid can be discharged through vomit and diarrhea.

Furthermore, confusion, hallucinations, and delirium are, as mentioned above, side-effects of alcohol withdrawal.

So even a well-educated person who is aware of the water solubility of electrolytes may not possess the presence of mind to replenish their electrolytes in a timely fashion, thus resulting in an extreme electrolyte imbalance in the body.

Here we witness another devastating knock-on effect, as severe dehydration has been known to cause mental confusion, as well as cause dysfunction within the central nervous system.

This proliferation of confusion can lead to further mismanagement of the electrolyte levels in the body, and so the vicious cycle rolls on.

How To Prevent Cold Turkey Symptoms

As with all substance-based addictions, one should seek professional medical help. There is no shame in getting proper medical care for dealing with alcohol addiction.

Medical programs are designed to deal with all of the difficulties and complications that may arise from attempting to stop drinking.

It is here under the watchful eye of doctors and nurses that the toxic alcoholic byproducts can be slowly and safely removed from the system.

Medication such as long-acting benzodiazepine can be administered as a temporary alcoholic replacement while the patient is weaned off of alcohol.

Sleep aids and mood stabilizers can help with psychological effects. And, of course, fluids can be carefully administered to the patient. Also, gastrointestinal medications can be used to deal with that dreadful diarrhea.

After all, it hardly seems worth the effort to put down the bottle if you drop dead in the process.

What You Should Include In Your Vape Starter Kits

Whether you're looking to quit smoking or just slow it down, e-cigarettes can help. Here's a quick guide for vape starter kits and essentials.
Beth Williams 5 months ago

Does your loved one need help with his/her addiction? Here's what you should do to help an addict when he or she is refusing rehab.
Beth Williams 5 months ago

You must use exercise to fight addiction and get back to your normal life. Here are the benefits of using Crossfit for addiction recovery.
Julianne Bodo, CES, PES 9 months ago

Are You Ready To Participate In An Addiction Treatment Program?

It’s true that dealing with any kind of substance abuse must be voluntary. For some time now, you’ve …
Beth Williams 9 months ago

Enjoy These Benefits When You Give Up Alcohol

Alcohol can't solve your problems; you can! Stop drinking now to reap all these health benefits of giving up alcohol consumption.
Beth Williams 10 months ago

Drug addiction is a common and sometimes fatal health issue these days. To fight it, you need to find the best addiction therapy program.
Beth Williams 1 year ago

NAD therapy is an addiction treatment that helps flush out the toxins, reduces the withdrawals, curbs cravings, and energizes the body.
Beth Williams 1 year ago

Staying sober after you quit an addiction is a real struggle. These tips will help you to avoid and control any temptation to relapse.
Beth Williams 1 year ago

Beyond Addiction: The Effects Of Narcotics On Your Mental And Physical Health

Drug addiction has a degrading impact on your overall health. Here are the effects of narcotics on both your physical and mental health.
Beth Williams 1 year ago

How Exercise Can Help You Overcome A Drug Addiction

Addiction recovery fitness is an easy way to fasten your rehab process and overcome drug addiction, specialists all over the world claim.
Julianne Bodo, CES, PES 1 year ago