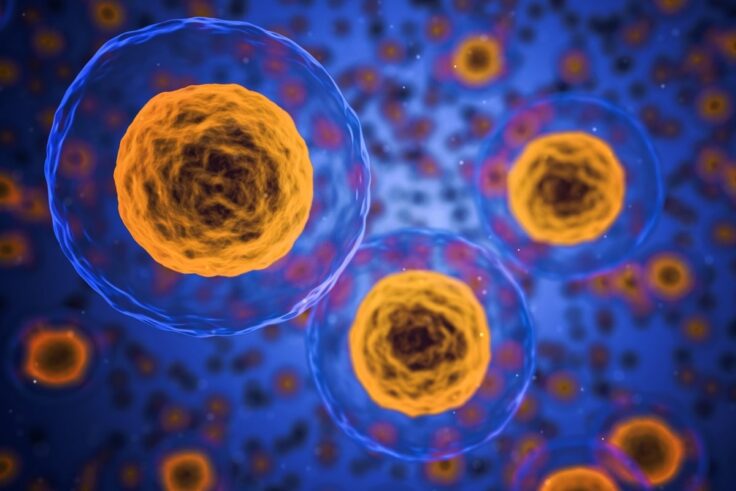 Autoimmune disorders are difficult to diagnose, but understanding them better increases your chances of finding it before it can cause serious damage to your body.

Our bodies are sophisticated mechanisms. If there are problems with certain parts, the entire body suffers.

Although there are many things that could go wrong, at least we are protected by the immune system from the invaders – bacteria and viruses. Without it, we wouldn’t be able to survive long in an environment different than a perfectly sterile one.

If we lead a healthy lifestyle and make sure that our diet is balanced, then our immune system will get stronger.

Unfortunately, in some rare instances, the immune system itself can cause damage to the body. Why? In a moment, you’ll learn what autoimmune disorders are and how they are diagnosed.

What Are Autoimmune Disorders?

When an immune system functions without any issues, it protects the body from external threats. Due to some mistakes, it can start treating parts of the body as intruders.

What happens in this situation? The autoimmune system tries to eliminate healthy cells, thus hurting the entire body.

One of the issues that patients with autoimmune disorders are struggling with is the difficulty of diagnosis.

According to the American Autoimmune Related Diseases Association, it takes an extremely long time before the diagnosis is made. An AARDA study found out that on average, it takes 4.6 years for patients with autoimmune disorders to finally get a diagnosis.

Early diagnosis can have a significant effect on the health of patients. If the patients dealing with all sorts of illnesses cannot find answers to their questions, they often change doctors and visit various medical establishments, such as The Spero Clinic.

Why Are Immune Disorders So Difficult To Diagnose?

It might seem surprising that even though we know how to deal with illnesses that in the past were untreatable, diagnosis of autoimmune disorders takes this long. There are several reasons:

The Symptoms Aren’t Too Specific

The initial symptoms don’t seem to point to autoimmune disorders. Patients often claim to be tired, have rashes, or feel joint pain.

Another common symptom is fever, which, once again, is a symptom of numerous diseases. As a result, none of those symptoms help in diagnosing autoimmune disorders.

Many of the symptoms experienced by the patients disappear for some time only to return later.

Because of that, the patients might temporarily stop worrying about their health problems as things seem to improve.

On top of that, the doctors might only know about some of the symptoms, as the patients aren’t likely to inform them about those that they experienced several months ago.

There Can Be Multiple Autoimmune Disorders At The Same Time

When it comes to the number of people dealing with autoimmune disorders in the United States, there are different estimates ranging from 24 to 51 million Americans.

Some of those people have several autoimmune disorders at the same time, which can make the diagnosis even more difficult.

How To Diagnose Autoimmune Disorders?

If the result is positive, then an antibody testing is the next step. Knowing what antibodies are present in the patient’s body can be really helpful for the doctors, though it isn’t an extraordinarily accurate method.

One type of antibodies can be present in the case of several autoimmune diseases. Still, if other elements, such as symptoms and results of other tests are taken into account, this information can be extremely useful.

How Can You Help Doctors Make An Accurate Diagnosis?

As we have mentioned previously, diagnosing autoimmune disorders is difficult, though it doesn’t mean that it cannot be done. There are several things that could help:

If you suspect that you might have an autoimmune disorder, you should contact your family and ask about their medical history.

That’s because a majority of them are hereditary, meaning that if your grandfather or sister was diagnosed with autoimmune disorders, there is a possibility that you might be diagnosed with them as well.

Remember, that even if you have tested negative for a particular disorder that a member of your family was diagnosed with, it doesn’t mean that you don’t have an autoimmune disorder.

If those illnesses run in your family, you have an increased chance of having any type of autoimmune disorder.

Due to the fact that the symptoms of autoimmune disorders can disappear temporarily only to return later, it might be difficult to diagnose what exactly the patient is struggling with.

Write The Symptoms Down

If you want to make the job of a doctor easier, you could write down all of the symptoms and the time when you have experienced them.

You might think that they are completely unrelated, but a doctor with extensive experience might have a different opinion.

Ideally, you would just give such a list to the doctor. This way, they would have access to more data, and the diagnosis could be more accurate.

Stem cell treatment or therapy is a form of regenerative medicine designed to repair damaged cells within the body. Here's more about it.
Beth Williams 2 weeks ago

Are you having a difficult time seeing clearly? You might be suffering from cataracts. Here's all you need to know about cataract surgery.
Beth Williams 2 months ago

Medical X-rays are non-invasive and painless imaging tests used by doctors to diagnose diseases and guide them through different treatments.
Julianne Bodo, CES, PES 2 months ago

The clinical medical assistant is a member of the medical team that provides patient care. Here's all you must know about them.
Beth Williams 3 months ago

There are a few guidelines medical facilities can follow to offer better care quality for patients. Here are five things to consider.
Julianne Bodo, CES, PES 4 months ago

Proper Nutrition For Diseases Of The Musculoskeletal System

In modern society, diseases of the musculoskeletal system are not uncommon. But with proper nutrition, they can be prevented and treated.
Julianne Bodo, CES, PES 7 months ago

If you suffer from ocular hypertension or glaucoma, your eye doctor might recommend you Vyzulta medicine to help prevent blindness.
Beth Williams 7 months ago

How Dental Health And Technology Are Evolving Together

Dental health and technology can work together to simplify your visit to the dentist during and after the pandemic. Here's how.
Beth Williams 7 months ago

Health Problems That An MRI Scan Can Detect

An MRI scan helps medical professionals to diagnose and detect a variety of health conditions that aren't otherwise visible to the naked eye.
Beth Williams 8 months ago

How To Do Patient Engagement Right?

If you want to make your patients feel cared for, just providing treatment is not enough. Here's how to improve patient engagement.
Julianne Bodo, CES, PES 9 months ago