Airsoft Or Paintball, Which Is The Better One? 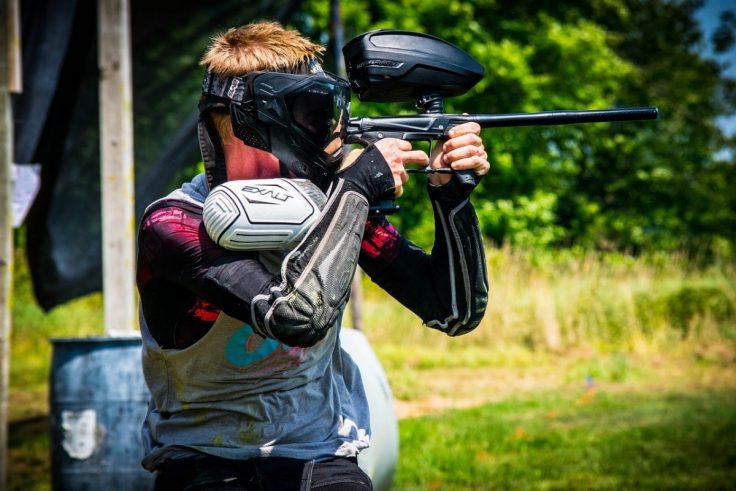 Playing airsoft or paintball is a fantastic way to get fit, get-out your frustration, and have lots of fun. Both games are very similar in a variety of ways, but they also have some key differences.

Take a look at the following differences in airsoft and paintball to find out which activity is better.

The Difference In Firearms

Both airsoft and paintball involve teams attempting to eliminate their opposition by firing projectiles from guns.

In paintball, you fire balls-of-paint from a paintball gun. The water-soluble dye inside the gelatin shell marks a player when shot.

Airsoft involves firing pellets from non-metallic replica firearms. You can use a wide variety of replica guns to play airsoft. Through companies like Airsoft Pal, you can purchase electric rifles, gas pistols, spring pistols, and a considerable number of other airsoft firearms.

Modern airsoft weapons are made from heavy-duty materials like metal, wood, and durable ABS, to make them look and feel realistic.

The Difference In Equipment

It’s not only the guns that differ in airsoft and paintball. You can use other equipment and accessories in both sports.

In paintball, you’ll need to wear a mask or goggles for protection. You’ll also need equipment like a hopper, tank, and the paintball ammunition.

There is a wide range of other accessories you can use when playing airsoft, such as laser sights, magazines, batteries, and ammunition pouches.

Depending on the airsoft site you play at, you could also use BB grenades, smoke grenades, and flashbangs.

The Difference In Style

The differences in airsoft and paintball are not limited to the type of guns and accessories you use. The style of the two activities is remarkably different.

Paintballers tend to engage with the game for relaxation and excitement purposes. Generally, people playing paintball don’t take the game too seriously. They are more inclined to engage with the fun and athletic side of the activity, which is why paintballing is often used for team-building exercises.

Airsoft players generally take the activity much more seriously. As well as wearing military-style clothing and using weapons that are designed to be realistic, airsoft players utilize armed forces strategy in a military simulation environment. Airsoft players tend to see themselves as warriors amid real battles.

Which Is Better: Airsoft Or Paintball?

So, after listing all these differences between them, which one is better: airsoft or paintball?

Now, again, which one is better? It depends on your personal preferences.

If you only want to have a fun time or engage in a team-building game, paintball will probably suit you best. Paintball also feels less threatening than airsoft because you won’t be around realistic-looking weapons.

But if you’re after the realism of a military-simulation, in which you can feel like you’re on a real battlefield, you’ll probably enjoy airsoft more.

If you're a social drinker but also love to run, there are some lesser-known ways to minimize the impact of alcohol on your running.
Beth Williams 1 month ago

Don’t let fatigue slow your process. Explore several ways to restore your energy, boost your physical stamina, and give your muscles a rest.
Julianne Bodo, CES, PES 5 months ago

Looking to reveal your fit body this summer at the beach? Then you should embrace some healthy lifestyle changes into your everyday routine.
Beth Williams 5 months ago

Summer months away from now, but if you want to slim down and achieve a beach body, you should implement these tips, starting today.
Julianne Bodo, CES, PES 6 months ago

If you’ve not been bitten by the golfing bug yet, here are seven golf benefits that will hopefully make you see golf as an engaging sport.
Julianne Bodo, CES, PES 6 months ago