Is Vaping Healthier Than Smoking? Are There Any Benefits? 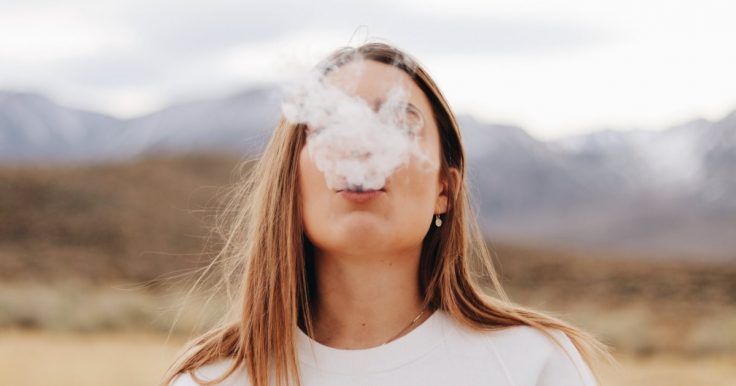 Many people consider vaping as being the ultimate healthy alternative to smoking. But their health consequences might not be too different after all. Let’s see how vaping differentiates from smoking.

Vaping is more than just a popular trend within certain demographics. It became a part of our daily lives; it grew an entire subculture with its own influencers, brands, events, and all kinds of activities.

The number of people who switched regular cigarettes for vaporizers or started vaping without even previously being smokers is at least 21 million active users with more than 9 million in the US alone.

The main argument for such a popularization of vape-related merchandise lies in the claims that vaping is a healthier alternative to smoking regular tobacco products.

There are new brands and models of vape pens, and other vaping products and equipment coming out almost every day trying to reach as much of the ever-growing market.

However, is vaping really a healthy way to get that “much-needed” dose of nicotine?

What are the actual health effects (if any) of enjoying vape juice flavors, and what happens to our body while we vape?

This article will answer these and some other health-related questions that vapers (or people thinking about giving it a try) all around the world would like to know.

The Difference Between Smoking And Vaping

The most notable difference between smoking ordinary cigarettes and inhaling vape is the absence of smoke.

Cigarette smoke holds combusted particles of materials that tobacco companies use in order to create that perfect blend that people enjoy.

According to medical research, cigarette smoke contains more than 7000 chemicals. Most of them are toxic or somehow harmful to your body. And around 70 of these substances are proven to cause cancer. The list includes:

All these chemicals can significantly damage our health, which is the main reason why cigarette companies must put warning labels on their products in most countries worldwide.

Additional risk represents secondhand smoke that can harm the health of people who are in the same room as the people who smoke.

There is a common misconception that nothing but nicotine is inhaled from the vape.

The truth is, according to CDC research, there are more substances included in vape liquid than just nicotine.

Moreover, a study conducted by a team of scientists in Poland showed that there was a significant amount of discrepancies in labeled nicotine levels with some tested samples.

Furthermore, some products which were labeled “nicotine-free” showed traces of nicotine when tested. Scientists concluded that there is a need for quality standardization of nicotine levels.

So what else is there? According to the CDC, here is what else average users inhale every time they enjoy their favorite vape flavors:

We’ll look deeper into how each of these substances affects our health condition later. For now, we just want to underline the fact that, as time goes by and more research results come in, we see that things are not so black and white in the vaping industry. There are many colorful layers once you start to dig in.

But what’s a sure thing, is that regular cigarettes are much more dangerous than the e-cigarettes you can get from vaping online stores.

We already noted that more research is needed for the final health effects report. However, this is what we know for now:

While less harmful than regular smokes, we know by now that vaping is not without consequences.

For starters there’s nicotine. This substance is highly addictive, which represents a massive threat for teenagers, who stand as a notable portion of e-cig juice consumers.

There is also confusion among a large number of teenagers that they are inhaling nothing but flavor. Wrong!

However, since nicotine is so highly addictive, the research shows that over 30 percent of teenagers will start smoking regular cigarettes within the first six months from the moment they start using e-cigarettes.

There is a number of studies that confirm that nicotine can inflict damage to the fetus.

The results show that, even though some women think that electronic cigarettes are a safer alternative during pregnancy, the truth is that this type of behavior also introduces nicotine into the system of the unborn child.

Funny how it may sound, this is a very serious health condition.

Popcorn lungs, also known as bronchiolitis obliterans, is an irreversible lung condition caused by breathing in diacetyl. This is a substance used for flavoring some of the world’s best vape juice manufacturers.

When a person breathes in diacetyl, it scars the lung tissue, making the airways narrow and thick. The symptoms include coughing, wheezing, and shortness of breath.

This condition was first reported in a microwave popcorn factory, where diacetyl was used to flavor popcorn.

While the substance is safe for use in the food industry because it breaks down easily through metabolism, it is very unsafe for inhalation.

Hundreds of workers were harmed by breathing in diacetyl, hence the name “Popcorn lungs.” 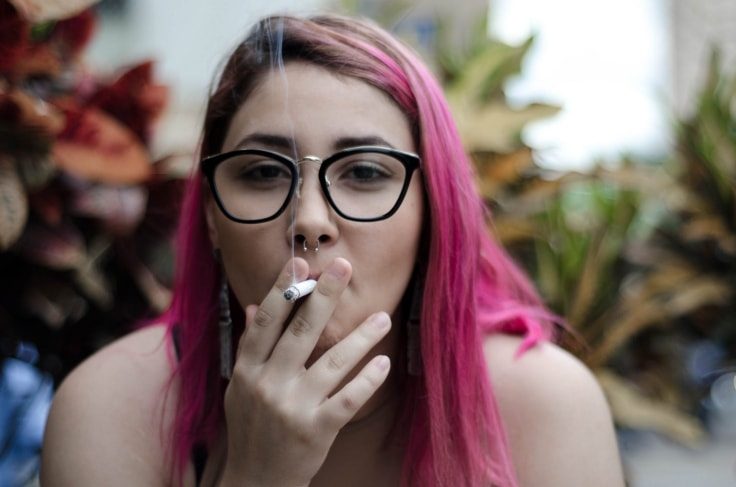 The amount of carcinogenic chemicals found in e-cigarettes is vastly lesser than the amount one could find in regular smokes.

However, keeping in mind how serious condition cancer represents, it would be immoral to leave it out as a part of potential health risks.

A series of studies concluded that, apart from the nicotine, there are certain nicotine derivate substances that cause cancer also found in vaporizer juices.

Nitrosamine ketone (NKK) is a nicotine derivative, which could be found in traces much less than it’s found in regular cigarettes. This substance is known to inflict lung and bladder cancer when introduced in higher doses.

However, the traces of NKK found in vaping products don’t represent a dangerous threat measuring only 3 percent of the amount found in combustible tobacco products.

This is a health risk that comes with all of the products that run on batteries.

Sources indicate that in the period between the years of 2009 and 2014 a total of 25 e-cigarettes related injuries were reported in the U.S. alone. This information puts the battery explosion as a proven health risk worth mentioning.

Manufacturers should warn about potential dangers and threats. However, users should also try to get informed about safety measures.

Vaping Is Better Than Smoking

The point of this article was not to compare electronic and regular tobacco products. We aimed to inform you about potential health conditions caused by vaping.

We can see that there are fewer health risk factors with electronic cigarettes, even though these types of products don’t come without some risks of their own.

Remember, no matter how safe and benign a product may seem, always try to obtain as much information as you can, to keep yourselves safe.

Discover the top uses and benefits of coconut oil for healthy skin and pick the best one to unlock the secret to radiant, youthful skin.
Mariah Belsore 1 week ago

The start of the year is your chance to improve your wellbeing. And with these healthy food trends, you'll surely achieve your fitness goals.
Beth Williams 1 week ago

Explore the many benefits of coconut oil for weight loss, skin, hair, brain function, and heart health. Use it daily for optimal wellness.
Mark Norey, CPT 1 week ago

Despite its importance, Medicare can be a complex and confusing program to navigate. Here's a complete guide to its four parts.
Beth Williams 1 week ago

A great start to improving your health and fitness is to stop smoking. With these tips to help you quit smoking, you'll regain your health.
Beth Williams 3 weeks ago

If you suffer from smelly shoes or feet, you are not alone. Here's a complete guide to help you get out of this embarrassing situation.
Mark Norey, CPT 4 weeks ago

There are many different triggers for PTSD (post-traumatic stress disorder), so let's explore the most common ones and try to manage them.
Beth Williams 1 month ago

The Health And Wellness Online Niche In 2023

Here's the expected growth of the health and wellness niche in the upcoming year according to the wellness experts at Kilo Grupe.
Beth Williams 2 months ago