How Does Smoking Cigarettes Age the Faces of Identical Twins?

It’s true that there are a number of things that can contribute towards faster aging skin, apart from smoking cigarettes, stress, sun damage, alcohol consumption, and how much you weigh.

But smoking is one of the biggest preventable causes of an older-looking face! Add that to all the other reasons why smoking is bad for you, and you’ve got every reason to quit!

If you hadn’t already figured out that smoking is incredibly bad for you, here’s another compelling reason for quitting smoking. It makes you look old! Smoking cigarettes prematurely ages your face, and can result in these unwanted smoking effects:

Smoking Cigarettes Cause These:

– Bags under your eyes;

– Wrinkles around your lips;

If you need proof, just click through this gallery to see side-by-side pics of identical twins where one twin is a non-smoker, and the other twin is smoking cigarettes. The benefits of quitting smoking have never been more obvious!

Could This Happen To You?

Which of these identical twins is the smoker? It seems pretty obvious, or is it?

Actually, neither one of these 22 year old twin sisters smokes. But the twin on the left has been made up to show how drastically her face could be damaged by the age of 40 if she was to become a smoker. 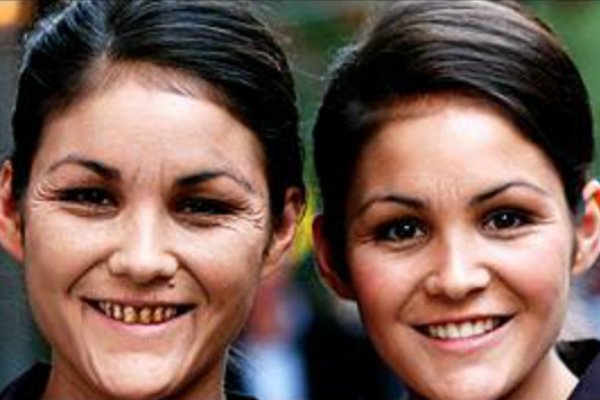 As you’ve seen, smoking can do a whole lot of damage to the skin of your face, causing you to look older than you really are. And who needs that?

So now, can you guess which of this final pair of identical twins is the smoker?

Actually, it’s neither! You may notice that Jean (on the right) has more signs of aging than Janet (on the left). According to one plastic surgeon, Jean’s dark under eye area, more obvious smile lines and “more numerous and deeper vertical frown lines” are likely due to the stress of her divorce after 27 years of marriage.

So why quit smoking if your face is going to age naturally anyway? 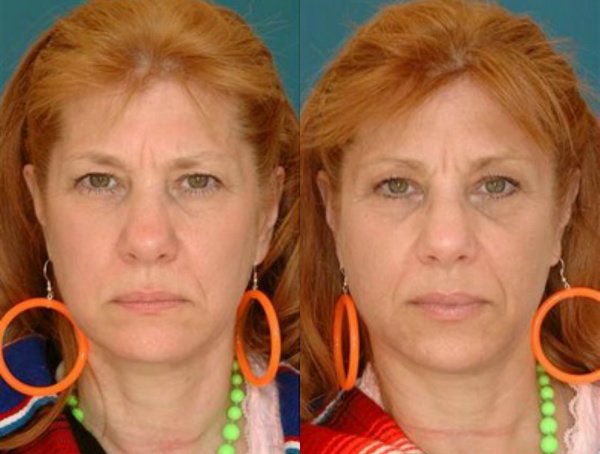 This pair of identical twins reveals the cumulative damage that cigarette smoking can cause. Both twins are smokers, but the twin on the left smoked for 17 years longer than her identical twin.

The longer-smoking twin has baggier skin under her eyes, and more noticeable lines around her lips.

Quitting smoking can prevent further damage to your skin!

It’s in the Eyes

Can you figure out which of these twins is the smoker? In this case, the more youthful looking identical twin is the one on the left, who doesn’t smoke.

The twin on the right had a cigarette habit for 29 years — evidenced by the loose, baggy skin around her eyes, as well as lines around her lips.

Which Brother is a Smoker?

If you found it hard to guess which of these identical twin brothers is a smoker — it’s probably because — they both are!

However, the twin on the right smoked for 14 years longer than his brother, and he has the deeper wrinkle lines to prove it. 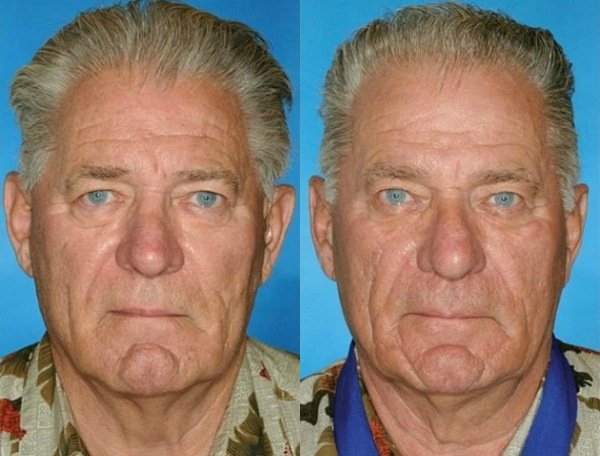 Smoking Cigarettes Can Age Your Face

In some cases, the difference between the smoking and non-smoking twin is so dramatic that you might not be able to tell they are twins just by looking at them.

Contributing to the older-looking face of the twin on the left, her 3 cigarette per day smoking habit. 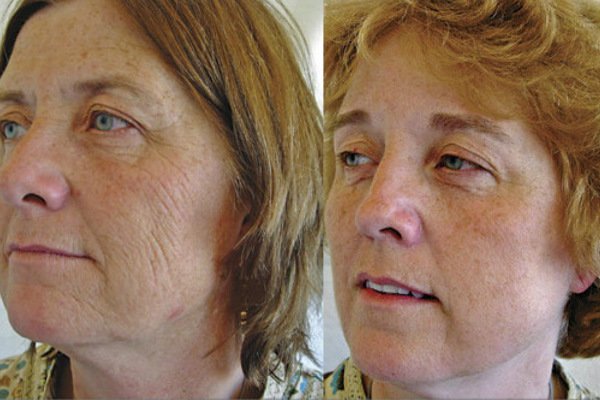 Identical twins generally start out looking incredibly similar. But unhealthy habits like smoking can make it all too easy to tell them apart. In this case, these 52 year old identical twins appear to be different ages.

The twin on the left smokes and has had more sun exposure over the years. 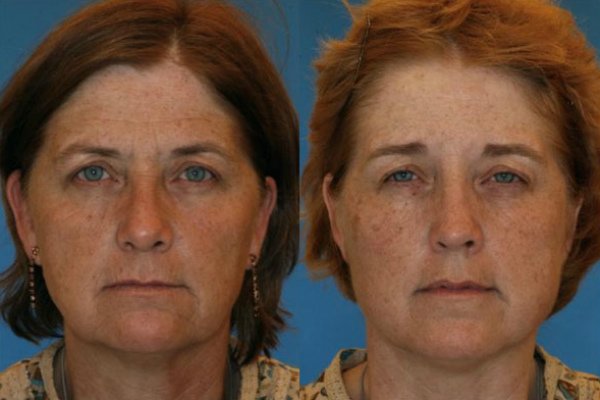 According to Jeanne — the non-smoking twin on the left — her identical twin Susan looks “ten years older.” As you can see, Susan has patches of dark discoloration, age spots, and more wrinkled skin than her sister. It’s not hard to see the benefits of quitting smoking after looking at these twins.

Here’s some reasons why Susan’s face has aged faster than Jeanne’s:

– Susan smoked a pack and a half of cigarettes every day for 16 years — Jeanne has never smoked.

Smoking cigarettes obviously leads to a drastic change in appearance!

Which 52 year old identical twin do you think is the smoker — Brenda on the left, or Barb on the right?

If you guessed Brenda, you’re right! Barb — who never took up smoking — looks significantly younger than Brenda, who smoked half a pack of cigarettes every day over the course of 14 years. Note the loose skin under Brenda’s eyes.

Other factors contributing to the aging of her face include more exposure to the sun, and a lower overall body weight.

Tired paying hand over fist for healthcare expenses? You don't have to! Read on for some great strategies for reducing healthcare costs.
Julianne Bodo, CES, PES 9 hours ago

7 Types Of Sports Injuries (And What To Do About Them)

You can't really avoid injuries when playing sports. But these tips will help you recognize and prevent 7 common types of sports injuries.
Julianne Bodo, CES, PES 3 days ago

How Cosmetic Dentistry Procedures Can Improve Your Health

Healthy teeth are beneficial beyond aesthetics but brushing them may not be enough. That's when cosmetic dentistry procedures come in place!
Julianne Bodo, CES, PES 3 days ago

Rowing Benefits: 10 Reasons To Use The Rowing Machine

Wanna get healthier this year? Boost your health and reap all these rowing benefits in your local gym. All you need is a rowing machine.
Mark Norey, CPT 6 days ago

Most Effective Ways To Whiten Your Teeth At Home

Sleep Supplements You Can Use For Restful Nights

If you want to get better sleep, you might want to look into different sleep supplements. These five supps can help you improve sleep quality.
Beth Williams 2 weeks ago

Oxygen is essential to life. But sometimes, our bodies need help to utilize it optimally. In these cases, portable oxygen tanks are required.
Beth Williams 2 weeks ago

Coping With The Symptoms Of Menopause

Sometimes, menopause symptoms are worse than just hot flashes and night sweats, and you must learn to cope with them. Here's how to do this!
Beth Williams 2 weeks ago

All You Need To Know About Living With A Pacemaker

If you suffer from irregular heartbeats, your doctor might recommend a pacemaker. Here's all you need to know about living with a pacemaker.
Julianne Bodo, CES, PES 3 weeks ago