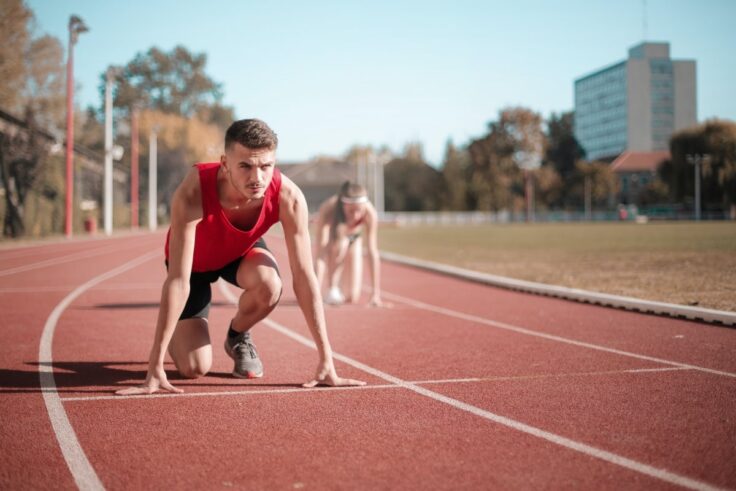 It’s undeniable that there are plenty of health benefits of running for martial artists. Both their mind and body improve significantly.

There’s a lot of debate about whether running is useful to martial artists. Sure, the health benefits of running are well-known. But does running put the body in its best shape for fighting?

Below we consider some ways that running can help you become an even better martial artist.

Here’s how martial artists can benefit from regular running sessions:

Distance running offers the obvious benefit of increasing your stamina. Martial artists require excellent fitness to dodge and probe during fights, so great stamina is essential.

Training as a distance runner can admittedly decrease muscle mass.  And, as a fighter, this isn’t what you want.

However, this is only going to happen if you neglect your weight training and over commit to running as your main source of exercise.

Simply running a 5K once a week isn’t going to shrink your muscles too much.

Overall, building your endurance using distance running can put you in a better place to outlast your opponent in general.

We all know that fast-twitch muscles are essential for martial artists because they enable rapid bursts of energy and movement. Sprinting is an excellent way of developing these muscles.

The tired adage of “don’t forget leg day” remains true, and sprint training makes it pretty much impossible to forget.

Building your legs to support explosive movements is a great idea for fighters.

Fighters spend tons of time training indoors. Whether it’s weight lifting, sparring, or watching a film in preparation for a match, fighters spend the majority of their time away from nature.

By running becoming part of your training routine, it gives you the opportunity to slip on your best running shoes, grab your water bottle and prescription sunglasses, and venture outside to soak up all the health benefits of the sun.

It’s also proven that being in nature helps distract your mind from negativity and worry, which will undoubtedly help you in the ring.

This applies to both distance running and sprinting, but in different ways. Marathon runners talk about “hitting the wall“, where the body begins to say that enough is enough.

While marathons are an extreme example, barriers are still present for people who do smaller distance runs.

In sprinting, you might want to try hill training. This brings the crushing feeling of self-doubt on a lot faster, but sprinting up a hill repeatedly will make your legs put out a distress call that you can learn to fight through.

Being able to ride out adverse feelings in body and mind will help you both grow as a fighter and person.

Do you know the saying “a little learning is a dangerous thing“? Some people get into martial arts with the express aim of being able to handle themselves in a fight.

Feeling more secure is great, but don’t be a hero. Being able to run fast over a distance is generally far more useful in real-world violent scenarios than ability in martial arts.

So Does Running Help?

If you just don’t enjoy running, that’s fair enough. However, it’s undeniable there are plenty of benefits that running teaches your mind and body skills that are extremely useful to a martial artist.