5 Risky Fitness Moves To Avoid At The Gym 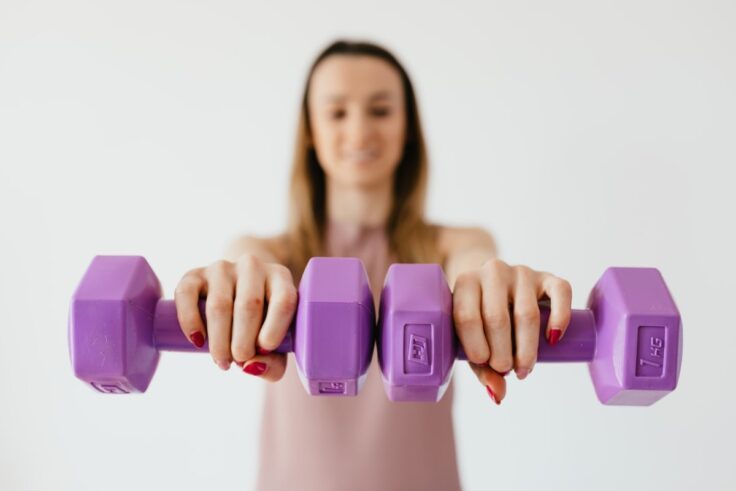 If you want to spice up your workout routine at the gym, make sure to avoid any of these risky fitness moves to play it safe.

It’s no surprise that injuries frequently occur at the gym. An accident can be totally unpredictable and random, such as the time a car crashed into a pool in Seattle, or when a New Orleans gym owner shot himself in the leg.

Most of the time, though, accidents at the gym occur because someone modified or used the equipment incorrectly.

Under some circumstances, you can file a lawsuit and recover compensation even if your negligence contributed to you getting injured. Thanks to comparative negligence laws, you don’t have to be utterly free of blame to pursue a successful personal injury claim.

However, improper use of the equipment at a gym when behaving otherwise would have most likely prevented an injury could place you 100% at fault. That’s not worth the risk.

When your workout routine becomes too mundane, it’s tempting to get creative. But modifying your workout in any of the five following ways can put your life at risk.

If you want to avoid getting injured at the gym, you must avoid these risky fitness moves when working out at your local gym:

Resistance bands are popular because they’re easier on joints and generally safer than free weights. If you fall during a squat, you don’t have to worry about a heavy weight crashing down on you.

However, bands aren’t risk-free. Under extreme pressure, a resistance band can snap and cause injury to any part of your body.

When a band snaps, most people experience deep, painful welts, but some have actually gone blind.

To stay safe with resistance bands, avoid stretching yours too far, and replace tubular-style bands regularly.

Tubular bands are made from poured latex, so they don’t enjoy a long life. You can stretch them only so many times before they’re likely to snap.

Instead of running that risk, upgrade to some high-quality bands made by renown companies. These high-quality bands are flat and closed, so you’ll need handles and possibly a footplate with a grooved bottom to perform most of the exercises properly. It’ll be an investment to make the switch, but you’ll be a lot safer.

2. Wrapping A Band Around Something That Has An Open-Top

A snapped band isn’t the only problem you need to consider when working out with bands. If you try to engage a particular muscle group by wrapping a band around a solid piece of equipment, make sure the band cannot slip over the top.

Never wrap a resistance band around a piece of equipment that has an open-top!

You don’t want a stretched band to work its way up and over the post you’re using as an anchor, and snap you hard or throw you badly off balance so that you fall.

3. Goofing Around On A Moving Treadmill

You’ll see at least one treadmill injury on every “gym workout fail” compilation on YouTube. Most of these have been suffered when people tried their favorite dance moves on an operating treadmill.

Often, the injured party was trying to imitate a popular video of someone else who was shown dancing to a popular song on a treadmill.

To stay safe on a treadmill, do not ever jump onto one that’s already moving, or use it as a dance floor.

No matter how many times you watch this guy dancing to Bruno Mars, resist the temptation to imitate those moves.

4. Putting Your Foot In The Handle Of A Cable Machine

Have you ever seen someone stick his foot in the handle of a cable machine the way one would a stirrup? Don’t do this. You’re asking for trouble.

If you feel a desire to place your foot in the handle of a cable machine, stop and take a moment to think about what you hope to accomplish. Are you trying to work your legs? Your core?

Whatever muscle you’re seeking to work, there’s another, safer way to get it done — guaranteed.

The incline leg press is designed so your legs move while doing the pushing — not your back. Just because you can fit yourself under the footplate and push the weight with your back, that does not mean you should.

Using the incline leg press in this manner risks injury to your back. If you want to work your legs while your feet remain stationary, use a hack squat machine instead.

The weight will rest under the machine and not on your back. You’ll push your body up in the same way but do it safely.

The Gym Is No Place For Creativity

Creativity can be fruitful, but not at the gym. It’s unwise to try to get creative with your workout and risk injury, especially just to produce a cool YouTube video.

If you’re bored or not getting the quality of workout you want, it’s time to hire a personal trainer and get professional support in developing a better routine.

After you retire as a professional athlete, you have to learn how to deal with your life after professional sports. So check out these tips!
Beth Williams 5 days ago

Finding excellent personal trainers is not an easy task. But if one meets all these requirements, then he/she is the best option for you.
Julianne Bodo, CES, PES 2 weeks ago

Cardio vs Weightlifting: What Are The Benefits?

Setting The Stage For A Health-Conscious Summer

Embracing a health-conscious summer may seem difficult at first sight, but these tips will help you achieve your fitness goals this summer.
Beth Williams 3 weeks ago

After spending countless hours on Pinterest or Instagram, you are finally ready to start making your own gym clothes. Here's how to do it!
Beth Williams 2 months ago

You should add these nutritious leafy greens to your dishes if you want to eat healthily. They're satiating and full of health benefits.
Mark Norey, CPT 2 months ago

An athlete or not, if you're looking to maintain your fitness, you need a well-thought exercise plan with a set of realistic goals.
Julianne Bodo, CES, PES 2 months ago

The role of compression in sports is clear: it increases blood flow which leads to faster sprints, longer jumps, and more lifting power.
Beth Williams 2 months ago

Regardless of the season of the year and the exercise type, workout headbands are a great addition to your fitness outfit. Here's why.
Beth Williams 3 months ago

With the right muscle recovery remedies, you may speed up your progress and may get the most out of every workout. Here are 10 easy methods.
Julianne Bodo, CES, PES 3 months ago