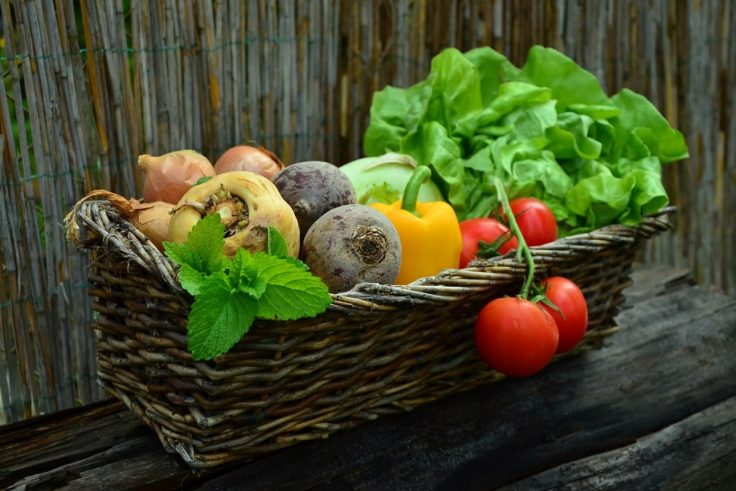 When it comes to organic food, diet is not even an issue. Our ancestors lived on organic food and cancer was something they never knew about.

Modern farming methods involve the use of fertilizers, herbicides, and pesticides. The chemicals are not good for the environment.

You shouldn’t eat “toxic food” unless you have no other options. But if you have, it’s time you live like your forefathers and foremothers.

According to statistics, most Americans are turning to organic food. Maybe it’s because they know these reasons to eat organic food.

Why Should We Eat Organic Food?

According to research, every American consumes about 16 pounds of chemical pesticides a year from food. Many of the chemicals were approved by EPA before they were even diet-tested.

The FDA tests pesticide residue in 1% of foods and rules the rest as safe. But the pesticides are dangerous and require severe testing.

Before the relevant institutions get their stuff together, stick to organic products to stay safe.

Genetic Modified Organisms or GMO are animals or plants created through a DNA combination of different species unnaturally.

In the US, some of the GMO produce is corn, soy, beets, and alfalfa crops. What scientists try to do is to make plants weather tolerant and pest-resistant.

The best example is corn. It’s combined with a bacterium to create its own insecticide.

The insecticide kills the pests, and after the corn is harvested and consumed, it damages the intestines and human cells. The toxin can’t be washed off because it becomes part of the crop.

3. We Get Safe Drinking Water

The more chemicals are sprayed, the harder it becomes to preserve cleaner water. Take a look at the Gulf of Mexico. The rain has carried chemicals to the Mississippi River and dumped into the ocean.

So, chemicals are not only making our water unclean, but they are also harming the oceans and hurting the organisms that depend on that water, especially those whose habitat is the oceans and seas.

GMO foods have some nutrients taken from them.

Organically grown foods develop naturally and are rich in minerals, vitamins, enzymes, and micronutrients because they are grown in a soil that it nourished through sustainable standards such as organic fertilizers.

According to a review, organically grown foods have more nutrients than conventionally grown ones.

In fact, organically grown veggies such as lettuce, carrots, spinach, potatoes, and cabbage contain some vitamin C. The same vegetables grown in a modern way have no traces of vitamin C.

Organically foods have more iron, Vitamin C, magnesium and phosphorus by almost or over 20%.

When the whole country prefers to eat organic food, conventional food will have fewer consumers, and that will lead to a reduced reliance on the food.

Farmers will have to rely less on chemical and agri-engineering methods. They will make a financial commitment to growing their food under the organic model to beat the fast-growing demand.

Also, farmers are business people, and they don’t want to grow food that won’t be consumed. Some organizations are supporting farmers to go the organic way.

6. It Keeps Our Kids And Their Future Safe

How our kids grow depends on what they eat. We must protect them from GMO, junk and inorganically grown foods. It’s more like investing in the food industry and making it organic.

The food industry market is evolving and rolling the sector to organic will ensure there will be healthy food in the future and hundreds of years to come.

Since conventional foods have been linked to some ailments affecting people, the world would be a better place if we all eat organic food.

Our future food depends on our decisions. Save the world by growing and eating organic good.

There are numerous types of face masks on the market, so here are the best ones to protect you and your family from COVID-19.
Beth Williams 2 months ago

There are at least 7 key points you must consider if you want to grow your fitness business and thrive in the industry. Check them out!
Julianne Bodo, CES, PES 2 months ago

If you're looking for CBD pills alternatives, then vaping, creams, oils, gummies, and CBD coffee are some popular options you can try.
Beth Williams 4 months ago

What Are CBG Gummies And How To Choose The Right Ones

Cannabis-based edibles are very popular these days, and the inexperienced buyer might find it difficult to select the right CBG gummies.
Beth Williams 4 months ago

Encouraging Sports In The Era Of COVID-19

During the COVID-19 pandemic, many sports fans were disappointed by the absence of games and competitions. Here's a 2020 sports summary.
Julianne Bodo, CES, PES 4 months ago

What To Look For In CBD Lab Reports?

CBD lab reports can be a good source of information about a cannabinoid product, but you need to know how to read and understand it.
Beth Williams 5 months ago

Besides boosting your mood, there are numerous other reasons to try CBD oil. Here are the most significant ones for your health.
Beth Williams 6 months ago

What Is CBD Oil For Pets? Are There Any Benefits?

You can use CBD oil for pets to alleviate almost every ailment your pet can have: pain, insomnia, anxiety, or allergies. Here's all about it.
Beth Williams 6 months ago

Stress is hunting us, especially during these harsh times. So if you're looking for stress relief during the pandemic, check out these tips.
Beth Williams 7 months ago