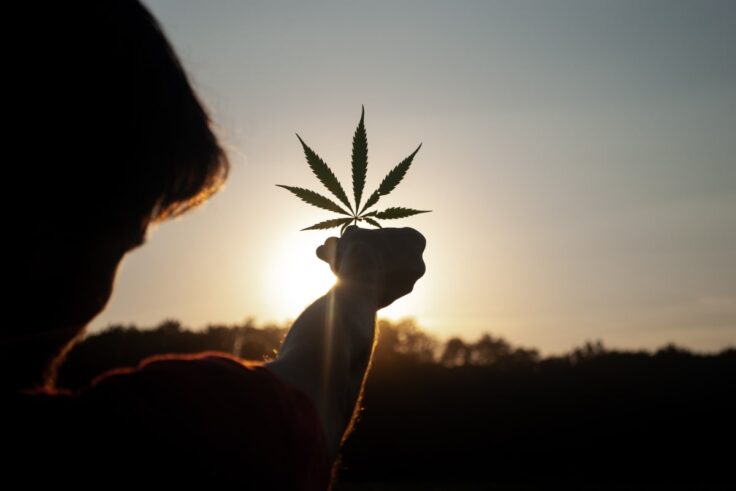 THCV (known as diet weed) is a cannabinoid that doesn’t have intoxicating effects like THC has, and it is believed to aid weight loss.

Delta 9 tetrahydrocannabivarin, on its complete name, is a compound found in the cannabis plant that promises more health benefits than CBD and THC but without the high.

Besides calling it “diet weed” for its appetite-suppressing properties, people also refer to this cannabinoid as “weederall”. That’s because it helps with focus and concentration.

This article will examine the distinctive characteristics of THCV and the reason it is so sought-after.

One Of The Best Cannabinoids

Around one-third of Americans reside in states in which recreational marijuana has been legalized. This is a huge demand for cannabinoids, which are the substances that are found within the cannabis plant.

The most popular cannabis cannabinoids comprise THC and CBD; however, there are over 100 different cannabinoids.

Cannabinoids can provide even more health advantages than CBD. However, they’re a challenge to create since they’re only accessible in small quantities.

The top-quality THCV products are among the most sought-after and efficient cannabinoids. Not to be confused with THC, the principal psychoactive ingredient found in cannabis.

The THCV ingredient can treat many ailments, such as Alzheimer’s disease, diabetes, and osteoporosis.

It is a potential cause of disruption in various industries, including nutraceuticals and health foods, cosmetics, skincare, and many other health products.

THCV has a chemical composition with THC. However, its health benefits differ from THC. For one, THCV does not have the same psychoactive qualities as THC.

Although it could be more powerful than THC in large doses, it also has the potential to lessen its effects on the human body.

THC increases appetite and alleviates discomfort. THCV, however, reduces appetite, making it a better medication for those suffering from diabetes.

One of the areas where THCV’s advantages in wellness are distinct from other cannabinoids is the health of bones.

THCV interacts with receptors that regulate the mass of bone. This confers it with the ability to reduce osteoporosis and regenerate bone cells.

These advantages are what make this cannabinoid an effective solution for treating osteoporosis as well as other skeletal diseases.

THCV could also be employed to treat neurological or mental disorders. It can help reduce panic attacks. This was proven by treating anxiety in patients who suffer from PTSD.

These improvements can help make THCV an increasingly popular and affordable product on the market for cannabinoid products.

THCV will be the main target of major distribution networks both online and at retail outlets in cosmetics and nutraceuticals. This will enable all industries to include it in their products or to develop new products.

THCV could be part of a food item that has gone through biosynthesis. This will provide it with an edge in the food and beverage business.

This cannabinoid is a great addition to the health industry’s wide variety of healthy foods and beverages such as:

THCV can be found in full-spectrum hemp and cannabis-related products, including oils, waxes, and edibles. It is also present in extracts, isolates, and distillates.

So let me know in the comment section below if you’ve used a THCV-infused product and what impact it had on you.

As always, get your products only from trustworthy companies and do your research properly before purchasing any cannabinoid.

The Health And Wellness Online Niche In 2023

Here's the expected growth of the health and wellness niche in the upcoming year according to the wellness experts at Kilo Grupe.
Beth Williams 2 months ago

CBD gummies are edibles that contain the compound CBD (cannabidiol). Keep reading to learn more about the most delicious CBD products.
Beth Williams 8 months ago

Which is the winner in the CBD gummies vs oils "battle"? Here is a short guide to the two products to help you pick the right one for you.
Beth Williams 8 months ago

Taking into account its tremendous benefits, it's just a matter of time until blockchain will revolutionize the healthcare industry.
Beth Williams 10 months ago

If you want to start a successful healthcare business, you need to properly prepare yourself. Here are the most important things to consider.
Beth Williams 11 months ago

In the past couple of years, the pandemic led to huge changes in the nursing field. So here's all you need to know about nursing in 2022.
Beth Williams 11 months ago

Medical alert systems are becoming more and more popular as a way to ensure safety for those who are at risk of an emergency.
Beth Williams 1 year ago

With lots of blenders on the market, it can be hard to know which one is best. Here are some clever buying tips for your new blender.
Beth Williams 1 year ago

No, vegans don't eat just salads, they're not weak, and the vegan food isn't expensive. This is the truth about all vegan stereotypes.
Julianne Bodo, CES, PES 1 year ago