No More Excuses When It Comes To Your Exercise Routine 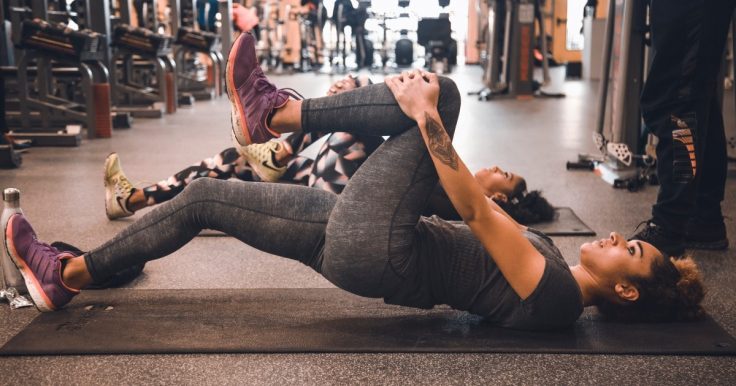 We’re all pretty good at making excuses when it comes to things we don’t want to do. But we should stop this, especially when we talk about exercising.

It starts in the classroom when “the dog ate my homework” is a staple for us all. And, we carry this theme into everything from work to exercise.

Luckily, excuses at work often buy you nothing more than a slapped wrist and an extended deadline.

But, excuses when it comes to exercise could knock years off your life, or at least impact its quality.

Rather than having to put up with detention for an hour, failure to get on top here could lead to endless doctor’s appointments.

That’s why we’re here to tell you that there shouldn’t be any more excuses when it comes to exercise.

As much as the dog never ate your homework, there are usually little lies hiding behind exercise excuses.

If you’ve been telling them for years, you might actually start to believe those lies. But, it’s time to reveal the truth, and we’re the ones to do it.

Read on to find out why your excuses don’t stick, and never should have.

It’s time to forget all those excuses you use to avoid exercising:

This is the kicker. And, we don’t only use it for exercise. Most of us say we don’t have time when it comes to things we don’t want to do.

In truth, we’re all busy, so this isn’t a complete lie.

In fact, when you say you don’t have time for exercise, you probably don’t even realize it’s an excuse.

But, when you break down the day, even the busiest person out there will see that they have more time than they know.

How long do you waste scrolling through your phone or watching television? That’s effective time you have spare, and exercise would be a much better way to spend it.

With even half an hour of exercise making a massive difference to your day, the time argument doesn’t wash.

Of course, many people also claim this as a reason for not visiting the gym, and that’s a little more believable.

With the average gym session taking at least an hour and a half out of your day, it’s true that not everyone has time for this ‘luxury’.

But, we’re still not letting you off. In truth, even an hour and a half are easy enough to find if you make this a priority.

It’s also fair to say that you can buy all the gym equipment for your home, so you could half the time you take to use it.

You could even turn to an in-home personal trainer to bring the benefit of experience straight to you.

Where there is an exercise will, there is always a way.

This excuse suggests that you aren’t willing to find it.

Many people also excuse themselves from exercising for the simple fact that they “can’t do it”.

How many of us start a workout regime, only to buckle once our muscles start to ache? Too many of us, in truth.

But, “can’t” is not a word you should use when it comes to your fitness. This is something which is entirely in your control, so you very much can. All you need to do is build your practice.

The trouble is that we’re as impatient with exercise as we are with anything else. Rather than starting small, we embark on extensive workouts which, you’re right, you can’t do right now.

But, there are plenty of gentler alternatives that even the most unfit individual is capable of.

Start with shorter sessions or something like yoga, which helps you build strength and stamina.

Do this right, and those exercises you were willing to give up on even trying will suddenly seem easy to you.

You CAN do it; you just need to put the work in to do so.

In that respect, exercise is no different from any other skill you would learn.

You wouldn’t jump in and expect to perform surgery without studying first. And, if every surgeon put their tools down and said they couldn’t do it, we’d all die much younger. But, they don’t. And, you shouldn’t either.

Many of us also see exercise as something for the younger generation.

We see these millennials with their water bottles and sweatbands, and assume we can’t join in because “we’re too old”. In truth, though, the older you are, the more need you have to get on top here.

So, instead of using your age as an excuse, think of it as a reason.

Admittedly, people of a certain age will need to get the go-ahead from their doctor.

But, there are plenty of options out there for working out in your 60s and beyond. What’s more, a quick internet search will lead you to most of them.

Much like with the above excuse, the key here is not to push yourself. Know your limits, and don’t exceed them. If you manage that, your age shouldn’t make a difference.

As shocking as it sounds, some people simply use the excuse that they ‘don’t need’ to exercise.

These individuals have always been in good health. Their weight’s stable, and they have no pressing reason to get to the gym.

But, this is the biggest load of rubbish excuse of them all. The simple fact is, EVERYONE needs to exercise.

Your health may be fine now, but it isn’t going to stay that way if you don’t take action here.

As we age, our muscles stiffen if we don’t move them enough. And, that can do untold damage to our ability to use them.

What’s more, how do you know you’re fit if you don’t ever break a sweat? When we never need to use our bodies, it’s all too easy to miss the signs that we’re slipping into unhealthy habits.

Just ten minutes of hard exercise would be enough to reveal issues with stamina. And, that’s an issue you NEED to address asap.

Exercise before; stretch, hydrate, and snack healthily during. These are simple things you can do to stay fit during online gaming.
Beth Williams 2 months ago

7 Ways To Incorporate Your Dog Into Your Exercise Routine

Wanna integrate more activity into your day? Consider bringing your dog along for the ride. Here are 7 fun ways to exercise with your dog.
Beth Williams 5 months ago

Consider These Before You Make A Purchase

If you're about to make a purchase, be it fitness-related or not, consider these 4 pillars of a healthy buy before shelling out your money.
Beth Williams 5 months ago

Pharmacy Services For Every Fitness Enthusiast

To get the most out of your fitness routine, make sure to have all the necessary pharmacy services in order to support a healthy lifestyle.
Beth Williams 6 months ago

Are you looking for a new and exciting hobby to spend your precious time on? Check out this list of the five best hobbies for modern men.
Beth Williams 9 months ago

Don't know what presents to give your family and friends this Christmas? Here are 10 best lockdown gift ideas they're definitely gonna love.
Beth Williams 2 years ago

There are a few types of leggings you should have in your wardrobe for different social situations. Here's why we love leggings!
Beth Williams 2 years ago

Besides helping you climb the corporate ladder, a master's degree will also prepare you for financial security and upcoming life obstacles.
Beth Williams 2 years ago

Wanna find that a buddy you can count on anytime? You already have one; and it's purr...fect. Here's why dogs are perfect workout buddies.
Beth Williams 2 years ago

Wanna stand against pollution and reduce your carbon footprint? Start from your workout and go green with your fitness routine! Here's how.
Julianne Bodo, CES, PES 2 years ago