Moderate alcohol consumption can help you reduce the risk of diabetes, gallstones, and even dementia. But the keyword here is MODERATE.

While getting drunk every weekend isn’t always the best thing to do for our physical and mental health, consuming alcohol like wine or japanese whisky in moderate amounts may actually lead to some significant health benefits.

It is also worthy to note that these benefits are also dependent on your body composition and type, for how much we need to drink in order to receive these health benefits actually differs from person to person

What is moderate alcohol consumption? The Dietary Guidelines for Americans defines it as one drink for women and two drinks for men consumed in one day.

Do note that this number is not the average amount obtained over a period of many days, but rather for consumption in a single day.

Is Moderate Alcohol Consumption Actually Good For You?

If you can’t set your dinner table without a bottle of wine, I’ve got bad news for you: you’re not on the healthy side.

But if you’re enjoying a drink now and then, that can’t be harmful to your health. Actually, that’s beneficial as you’ll see below.

So let’s see how moderate alcohol consumption can actually improve your health!

Moderate levels of alcohol consumption have been seen to raise HDL levels in individuals, according to the School of Public Health at Harvard University.

Moreover, it is also associated with other benefits such as increased sensitivity to insulin and positively influencing the way blood clots.

It may prevent the creation of small blood clots, which may obstruct arteries in the heart, neck, and brain. Blockage in the arteries is also often the source of many heart attacks and common strokes.

This discovery also applies to people who have not been diagnosed with any cardiovascular diseases, and applicable to both men and women. 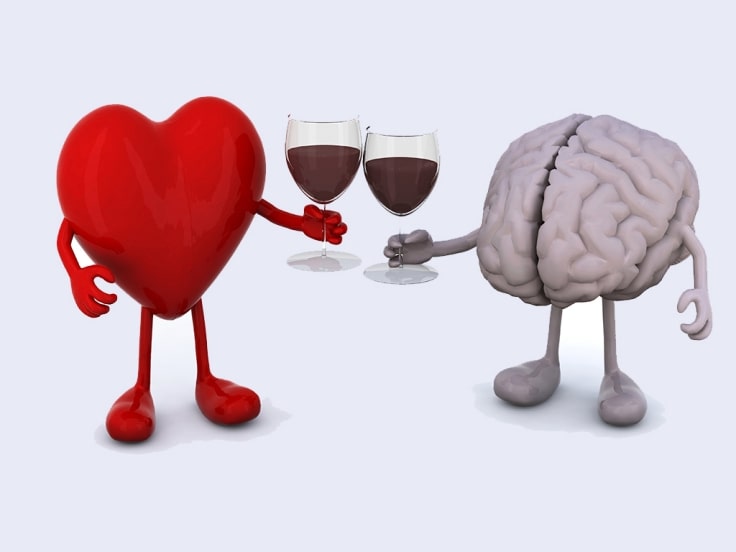 According to a study conducted by the Catholic University of Campobasso, moderate alcohol consumption can also extend your life.

It is found that consuming less than two drinks for women and four drinks for men in a day reduces one’s death risk by 18 percent.

The right way to consume alcohol seems to be in small amounts, especially during meals, as stated by another author from the study, Dr. Giovanni de Gaetano of Catholic University.

This is characteristic of the Mediterranean diet, where alcohol such as wine is often consumed as part of lunch and dinner as well.

However, it is important to note that for this to be effective, alcohol should not be consumed at all outside of proper mealtimes.

3. Improvements In Your Libido

As reported by the Journal of Sexual Medicine in a 2009 study, it was found that among alcohol drinkers, erectile dysfunction was seen to drop by a range of 25 to 30 percent.

This study was conducted with 1,770 Australian men, by the lead researcher and an epidemiologist at the University of West Australia, Kew-Kim Chew.

Chew states that further research is still necessary to improve the accuracy of the association between erectile dysfunction and alcohol.

He and his research team also note that they are not advising men to drink more in hopes of experiencing the same health benefits. 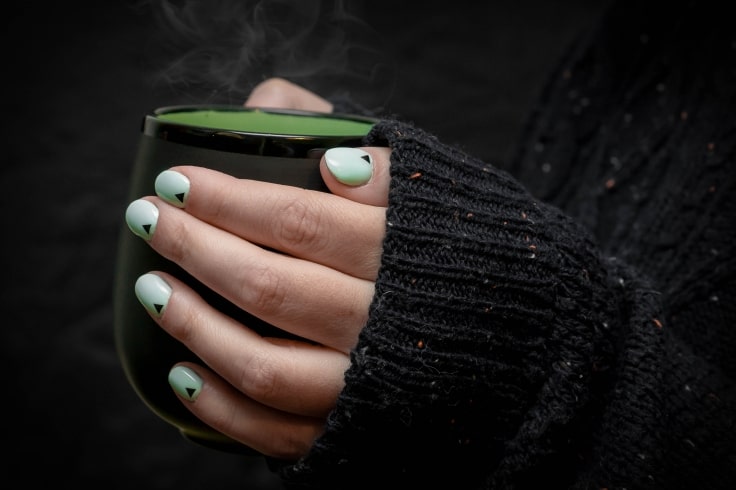 4. Fights Against The Common Cold

While it is known that smokers have a higher risk of contracting the common cold, it was found that moderate alcohol consumers actually saw a lower risk of developing common colds.

This study was carried out by the Department of Psychology at Carnegie Mellon University in 1993 with a group of 391 adults.

According to the New York Times in 2002, it was reported by Spanish researchers that a 60 percent drop in the risk of contracting colds can be linked to consuming eight to 14 glasses of wine weekly, especially red wine.

The researches believe that the antioxidant features of wine are responsible for preventing these colds, resulting in a reduced risk of contracting the common cold among those who participate in moderate alcohol consumption.

Moderate alcohol consumption also leads to a 23 percent dip in the risk of developing cognitive impairment, Alzheimer’s disease, and other types of dementia among individuals, according to the Neuropsychiatric Disease and Treatment journal, a study carried out since 1977. This is a study consisting of 365,000 participants.

In moderate amounts, alcohol may strengthen brain cells by stressing them out. By inputting small amounts of stress consistently, alcohol helps to prepare the cells for future other major stress factors that could potentially lead to dementia and reinforces them, as stated by Edward J. Neafsey, Ph.D., and co-author of the study; and reported by Science Daily.

Their recommendation is not to start drinking for non-consumers, but rather to begin consuming it in moderate amounts to receive the health benefits of alcohol.

According to the researchers from the University of East Anglia, one may observe a reduced risk of developing gallstones by one-third if they consume two UK units of alcohol in a single day.

The individuals involved in the research study themselves experienced a reduction in the risk of gallstone development by one-third after consuming moderate amounts of alcohol.

It is still important to note that while these findings exhibit the health benefits of alcohol intake, know that consuming too much alcohol can still lead to multiple health problems.

A moderate level of consumption is key.

Compared to individuals who do not drink alcohol at all, one can also reduce their risk of contracting type 2 diabetes by consuming one to two alcoholic drinks in a single day, as reported by a Dutch study. The study also involved healthy adults.

Moreover, in a statement to Reuters, the researchers of the study also said that the reported results not only exhibited a reduced risk of developing type 2 diabetes but also highlighted that moderate alcohol consumption plays an important and necessary role in having a healthy lifestyle.

So don’t be afraid to pop a glass or two over the weekend or swirl some red wine with friends over dinner, and know that it might just make you a little healthier.

Just make sure to consume all in moderation, of course.

Under eye wrinkles are extremely hard to get rid of. So it would be best to know the causes and avoid them in the first place.
Beth Williams 1 week ago

9 Tips To Easily Manage Stress And Reduce It

These effective ways to manage stress help you get back to the things that matter to you, be more productive, happier, and even healthier.
Mariah Belsore 1 week ago

CBD oil might be the solution for 3 major worldwide health concerns that are intricately intertwined: chronic pain, depression, and anxiety.
Beth Williams 2 weeks ago

The Most Effective Alternative Treatments For Pain

Pills shouldn't be your first line of defense against mild pain. There are numerous alternative treatments for pain that you can try.
Mark Norey, CPT 3 weeks ago

Fever – Symptoms, Causes, And When To Worry

Fever is not harmful on its own. Learn when it becomes dangerous, the causes, how to treat it at home, and its role in the current pandemic.
Julianne Bodo, CES, PES 4 weeks ago

Natural steroid alternatives are safe and effective ways to build muscle mass and boost athletic performance. Here are the most popular ones.
Julianne Bodo, CES, PES 4 weeks ago

Scientists say that these 8 simple lifestyle changes can significantly improve your gut health, and your entire body will benefit from it.
Beth Williams 1 month ago