Juicing Detox Diet – Is It Healthy Or Just Crazy? 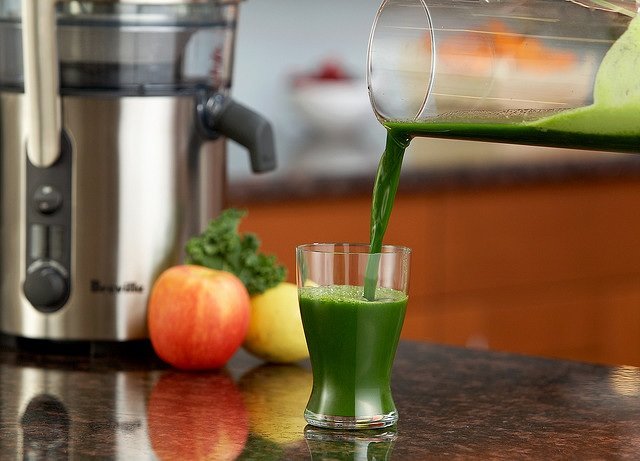 The juicing detox takes many forms, and it’s in very high demand these days. But is it healthy, or just a weight loss craze?

It has become a huge trend in the world of fitness and weight loss enthusiasts, especially after the film “Fat, Sick and Nearly Dead” was released.  The film was based on the amazing health and weight loss benefits that come from consuming fresh juice every day.

But as with every movie that boasts to have found the cure for all mankind’s diseases (or most), all should be taken with a grain of salt.

Let’s have a look at what juicing is, and how it can be done to benefit the body without overdoing it.

What Is Juicing, After All?

Juicing is a very easy and fast way of getting a lot of vitamins and minerals in your diet without having to eat salad all day long.

You can have the benefits of broccoli, cucumbers, and spinach while also adding some strawberries in the mix, and making the juice palatable.

The juicing detox diet consists of having several days where you replace all meals with fresh juice.

The protagonists of the movie “Fat, Sick and Nearly Dead” showed great improvements in their health, and they lost a lot of weight, by doing this for a few weeks in a row.

Juicing is often criticized because it basically removes the fiber from the vegetables and fruits, which, some say, reduces the “healthiness” of this detox diet.

If you’ve ever used a juicer you know how it works:

Another controversy regarding the juicing detox diet is that it provides too many calories with too little elements that keep you full.

When you eat vegetables and fruits, or when you drink a smoothie, you have all that fiber that keeps you full. So, overall, in one day you consume a normal amount of calories, whereas juicing, by removing that fiber, only keeps the calories.

Yes, you get the carbohydrates that give you energy, which is great, but overall you are ingesting very many calories- sometimes too many- so the weight loss effect is not guaranteed.

Can This Juicing Detox Work?

Yes, and no. It really depends on how it’s done.

If you add juice to your daily meals, or if you replace one meal with juice (let’s say, breakfast), it can definitely be beneficial.

After all, nobody can deny that natural juice has a lot of vitamins and can help boost your immune system. However, it is not a sustainable long term plan.

If you’re doing this for the weight loss, I would rather recommend doing a smoothie detox, because smoothies contain the fiber that helps you feel full for a longer time.

And if you only have a juicer and no blender, don’t worry! You can add some of that leftover pulp (which you would normally throw away) to your juice, and get a “sort-of-smoothie” which will be delicious, nutritious, healthy and with a great detoxifying effect.

By the way, which juicer have you guys been seeing the best success with? We’ve tried the Omega, and we’ve been pretty happy with it. But always looking to find something better.

Have you tried the juicing detox diet? Let us know how it worked out for you, and how long you’ve tried it… maybe we learn something new.

If you're looking for a natural way to boost your energy during the day, consider adding these foods high in energy to your daily meals.
Mark Norey, CPT 3 weeks ago

A fiber-poor diet is associated with a higher risk of developing diseases such as stroke, type 2 diabetes, and even bowel cancer.
Julianne Bodo, CES, PES 3 weeks ago

Want to follow the Mediterranean diet plan but don't know where to start? These expert tips should guide you to better health.
Beth Williams 3 weeks ago

The Weight Loss Stages Of A Successful Body Transformation

If you're looking to transform your body, consider learning the basics of fat burning and the four weight loss stages that come with it.
Julianne Bodo, CES, PES 1 month ago

When exercise and diet can't help you reach your ideal weight, it's time to take some supplements for weight loss. Here are the best of them!
Beth Williams 2 months ago

If you're planning on following the ketogenic lifestyle, you must understand the ketosis process and how do ketones work. Here's your guide.
Julianne Bodo, CES, PES 2 months ago

Following a gluten-free diet is mandatory for those suffering from celiac disease or gluten allergies. Here's what you can and can't eat.
Mark Norey, CPT 3 months ago

Wanna go vegan and follow a plant-based diet but the lack of proteins in your meals scares you? Check out these plant-based protein sources!
Julianne Bodo, CES, PES 3 months ago

The Benefits Of Turning To A Plant-Based Diet

People turn to a plant-based diet because it gets you healthy while also preventing animal cruelty and reducing environmental footprint.
Beth Williams 3 months ago