Research Says Caffeine Can Really Help You To Lose Weight 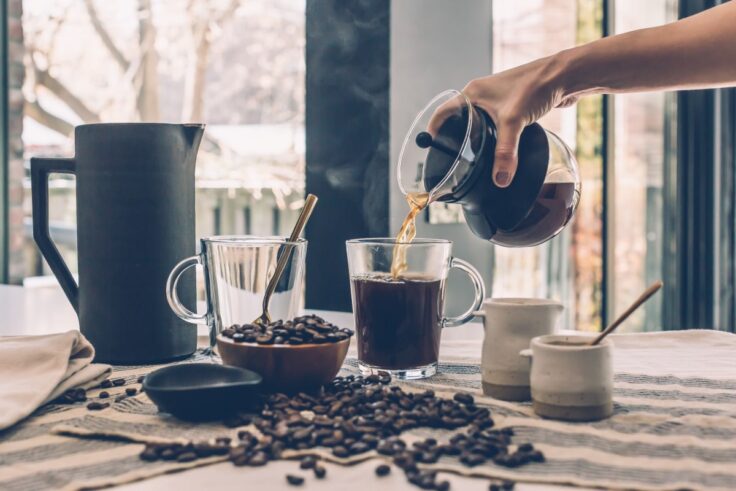 Not only it can aid in fat burning, but scientific studies have linked caffeine to lower risks of developing death-threatening diseases. So let’s take a look at this!

Have you ever thought, while sweating away on the treadmill or the stair climber, that it might be nice to just sit down and drink a cup of coffee, and have the fat burn off and the weight fall away?

It does not quite work that way, unfortunately, but there is evidence that coffee, which is surprisingly good for you despite many years of warnings and cautions, can increase your metabolism and facilitate fat burning.

Most of this potential benefit comes from caffeine, which is the most widely consumed psychoactive substance in the world.

Caffeine is one of the few that among many other effects on the body and the brain is known to increase metabolism and mobilize fat from body tissues.

Why Is Caffeine Good For You?

Balzac, who reportedly drank 50 cups of coffee a day and claimed that he could not write without his kettle boiling, said that “coffee…gives us the capacity to engage a little longer in the exercise of our intellects”.

He was referring to the effect of caffeine, the main stimulant in coffee, but there are several other substances in coffee that stimulate the brain and other organs, too.

Theobromine, which in Greek meant “food of the gods”, is also the active ingredient in chocolate.

Theophylline is chemically related and has been used for centuries to treat asthma.

Chlorogenic acid slows the absorption of carbohydrates and may over time reduce body mass and body fat.

The principal effect of caffeine is to inhibit the release of the inhibitory neurotransmitter adenosine. This leads to increased neuron firing and the release of norepinephrine, dopamine, and serotonin.

All these have the effects of increased arousal, increased alertness, and, often, increased feelings of well-being.

Putting The Fat On The Fire

In addition to its effects on the brain, caffeine markedly increases the blood level of epinephrine or adrenaline, which activates the sympathetic nervous system that mediates the “fight or flight” response to threat and stress.

This leads to increased lipolysis or fat-burning, which serves as a quick source of energy in case it is needed for an emergency.

Studies of oolong tea, well-known in Asia for facilitating fat reduction and weight loss, suggest that enzymes in the pancreas (lipases) may be activated to break down molecules of dietary fat. This is good news for those who prefer tea to coffee but wish to burn calories and fat, too.

Caffeine can also increase the resting or basal metabolic rate (BMR), which is the number of calories we burn at rest. It increases the BMR by 3 to 11 percent in normal people, and larger doses of caffeine cause a greater increase.

Most of the increase in metabolism comes from increased burning of fat, but before all the trainers close up shop and go to work as baristas, it is important to note that fat burning is most effective in lean individuals and becomes less effective as people become obese.

The preferential burning of fat with caffeine consumption is also more marked in young people and diminishes with age.

Back To The Gym After A Coffee Break

It will still be necessary to limit calories and get exercise in order to keep up metabolism and burn fat. Caffeine can enhance the effect of exercise, in part by speeding up the breakdown of fat to mobilize fatty acids.

Caffeine may make it a little less fatiguing to keep up the necessary exercise.  A large meta-analysis of 40 exercise studies found that caffeine consumption improved exercise performance by 11 to 12 percent on average.

Caffeine may also help with weight loss by temporarily decreasing appetite. Decreased calorie intake at the next meal after drinking coffee was found in men but not in women in one study.

Good For You Till The Last Drop?

We have been told that it will stunt our growth when young, that it is a risk factor for heart disease in mid-life, and that it may increase the chances of getting cancer or osteoporosis when old. Is coffee really safe for us?

Most studies suggest that coffee drinking is associated with a lower risk of death from all causes, and a particularly reduced rate among people with type 2 diabetes.

The most recent study, from the Mayo Clinic, found an increased risk of death from all causes with heavy coffee consumption (more than 4 cups a day) before age 55, but no correlation between coffee drinking and mortality after 55 years of age.

This suggests that it is better to drink less than 4 cups of coffee a day when you are young and to do the things that are recommended to make it to age 55 and beyond, chiefly avoiding unhealthy habits and risky behaviors.

Coffee may have a dose-related protective effect against type 2 diabetes, It may lower the risk of Alzheimer’s disease by 60 percent, and of Parkinson’s disease by 32 to 60 percent. It may also lower mortality from cirrhosis of the liver by up to 80 percent.

Coffee may be the greatest source of antioxidants in the Western diet, with more than most fruits and vegetables combined.

All this, plus it tastes good to most people. It won’t make you fit and trim by itself, but a few cups a day, probably 4 or less, may help.

So what do you think about caffeine? What are your thoughts about it? Is caffeine healthy or not?

I must admit it, this article almost got me! It looks good, but after I received a photo ( the infographic below) from a friend, I started to doubt the health benefits of coffee.

What to think about caffeine? What are your thoughts about it? Is caffeine healthy or not?