The Stunning Weight Loss And Health Benefits Of Coffee 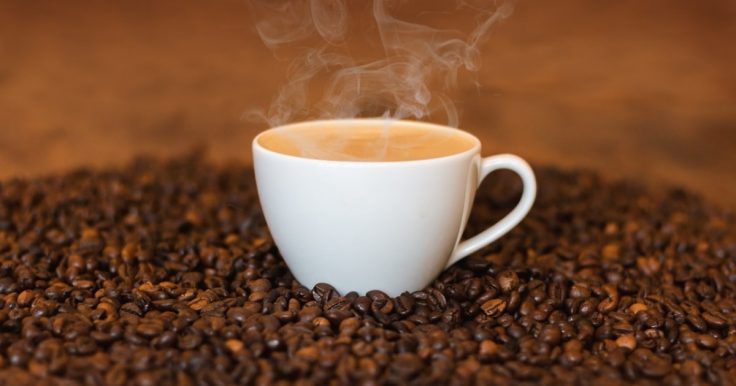 There are many other health benefits to drinking coffee besides weight loss. So I’ve listed below the most important coffee benefits you need to know about.

Coffee is one of the most popular beverages in the world. Aside from water and tea, there is nothing more popular.

What many people don’t realize is that the beverage is also filled with antioxidants (as it comes from a plant) and that it has been demonstrated in numerous studies to be helpful in losing weight and in increasing energy.

Coffee is believed to have been discovered in Ethiopia about 5,000 years ago by a goat herder.

The goat herder noticed that his goats would eat berries from a certain tree and start to hop around with tremendous energy, and would refuse to sleep afterward.

He then found the berries too bitter to eat, so boiled them to make a strong beverage. He soon shared his discovery with his village. The drink rapidly spread from village to village and eventually, around the world.

Luckily, nowadays it’s so easy to purchase an amazing home espresso machine and so simple to prepare coffee.

Companies such as Nespresso have simplified and perfected the technology that allows a single serving to be poured at your own home with the press of a button.

This is a far cry from what was done in the past, which included roasting the beans, grinding them, and using a disposable coffee filter in order to get a single cup of coffee. 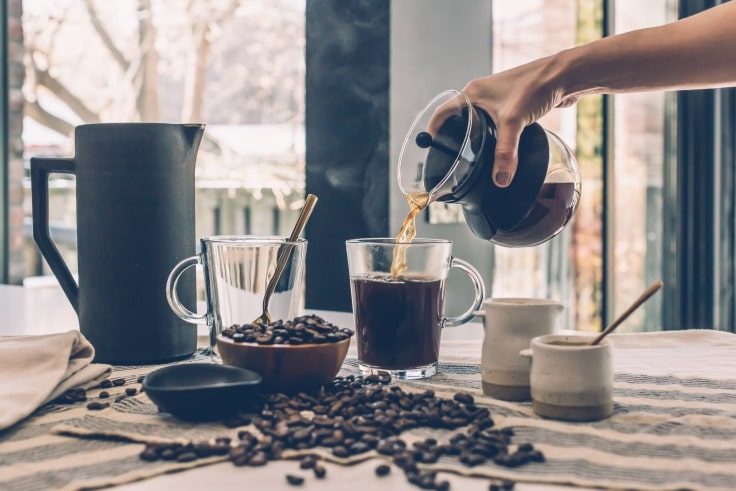 Coffee Has Been Shown To Increase Energy

The energy-enhancing benefits of caffeine, the main stimulant found in coffee, are well known.

As a matter of fact, the International Olympic Committee has listed caffeine as one of its banned substances due to its performance-enhancing effects.

A lesser-known fact is the US Special Forces use caffeine to enhance soldier performance and awareness during critical operations.

Caffeine is a powerful stimulant for both the brain and the heart, that:

Aside from increased energy, there are numerous studies demonstrating weight loss benefits. Coffee (and caffeine) help you lose weight through two separate mechanisms.

Caffeine has been shown to reduce appetite. It caused the participants in a study to eat less for their next meal, and throughout the day. The study, published in the medical journal Obesity, demonstrated a clear correlation between drinking 3-5 cups of coffee a day and reducing overall caloric intake.

Another mechanism found in caffeine that helps you lose weight is an increase in metabolic rate for about 3 hours after consumption.

The basal metabolic rate is the rate of energy expenditure per unit of time while you are resting. In short, it’s the amount of energy (or calories) needed to keep the body functioning.

Caffeinated coffee increases your metabolic rate by an estimated 3-11% for 3 hours.

Aside from the benefits of weight loss and increased energy, coffee has numerous antioxidants and has been shown to have a wide range of health benefits.

Studies have been done demonstrating that coffee can:

One of the largest studies of coffee drinkers from diverse racial backgrounds showed a clear link between drinking more coffee and increased longevity and a lower risk of death. This study of over 500,000 people was done in July 2017 and published in the Annals of Medicine.

Coffee also contains some essential nutrients, including magnesium, potassium, and vitamins B2, B3, and B5.

As you can see, there are a lot of health benefits to drinking coffee regularly. So grab your cup of coffee and enjoy these coffee benefits.

Here is a great infographic with all the health benefits a cup of coffee has to offer you:

The start of the year is your chance to improve your wellbeing. And with these healthy food trends, you'll surely achieve your fitness goals.
Beth Williams 22 hours ago

When your energy is low you feel tired, sluggish, or just generally not yourself. Here's what you can do to improve and boost your energy.
Beth Williams 3 months ago

If you want to keep your veins healthy, all you need to do is to get more active during the day, even while sitting at the desk.
Beth Williams 3 months ago