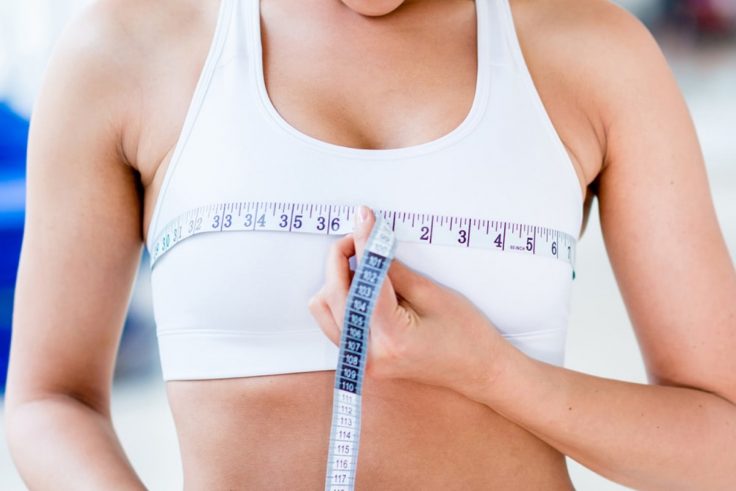 Breast implants have been helping women all over the world for decades to increase their self-esteem and regain their confidence.

Not only does breast enhancement improve how women look and feel physically, but it also can boost their self-esteem and confidence.

But what are the psychological effects of going through with getting breast implants?

Naturally, there are pros and cons for the procedure. There has been a lot of debate about the motivation for women to get breast implants and whether it is good for their mental health.

This is what you need to know.

A theory that has been thrown around as long as breast implants have been accessible is whether they are good for a woman’s mental health.

Instead of building on what self-esteem issues she might have, the idea is that breast implants act as a kind of Band-Aid rather than a solution to the problem.

This rumor is uneducated at best. A fraction of the women who receive breast implants each year has pre-existing mental health issues that should have been addressed prior to getting the surgery.

Breast implants themselves are not going to negatively affect your mental health.

If you are concerned about how breast implants might affect your mental health, it is important to express that concern at your consultation with your plastic surgeon rather than wait and see how you feel once the procedure has already been performed.

Small or asymmetrical breasts can have negative impacts on a woman’s emotions and mental state.

Being constantly dissatisfied with how clothes look and feel or how her body feels, in general, will wear on a woman’s mental state as time goes on.

For this reason, most women receive a boost to self-esteem and self-confidence when they receive their breast implants. Satisfied with their new bodies, women will demonstrate more confidence and feel better about themselves.

In this regard, it has been shown that breast implants normally have a positive impact on a woman’s self-esteem rather than a negative one.

Breast cancer survivors especially have their mental health impacted by the state of their breasts before receiving implants. The breasts that they once had might have been removed, causing a major shift in self-image.

Breast implants are a solution for that kind of self-esteem issue, building women back up to where they deserve to be.

Additionally, women who have gone through several pregnancies, followed by breastfeeding, will have experienced changes to their breasts. Sagging and loss of tissue is a common complaint.

In these cases, going through a breast augmentation procedure can give them the boost to their self-esteem that they need, improving their outlook not only on life but also on motherhood.

Women should not have to live with the after effects of pregnancy on their bodies if they do not want to.

Ultimately, there is no conclusive evidence that says a woman should go through a psychological exam prior to receiving breast implants.

Instead, women who have a history of depression and other mental concerns should have a mental health consultation before going forward with the procedure.

The Novel Corona Virus, or Covid-19, is profoundly affecting our lives and the risks and health concerns due to the pandemic are numerous.
Julianne Bodo, CES, PES 7 months ago

In order to get the CBD buds that best suits your needs, the most important things to consider are the concentration and the ingredients.
Beth Williams 7 months ago

Since the pandemic forced many people to work from home, demand for remote healthcare jobs is on the rise now, so here is our top three.
Beth Williams 8 months ago

CBD Could Be A Modern Solution For Our Wellbeing

Should you choose CBD for wellbeing and an improved lifestyle? Yes, and there are more reasons to this than just its numerous health benefits.
Beth Williams 8 months ago

Many sportspeople take advantage of the CBD benefits for sleep, pain alleviation, energy boosting, and even treating inflammation.
Beth Williams 8 months ago

Taking the leap from recreational consumer to cannabis farming can be a bit daunting, but this step-by-step advice will help you succeed.
Beth Williams 10 months ago

Autoflowering cannabis plants grow much faster, with less worry about lighting and other conditions, while producing quicker.
Mark Norey, CPT 10 months ago

Conducting due diligence before buying a CBD isolate is recommended as only then can you be confident that it is safe for your consumption.
Beth Williams 11 months ago

Top Tips For Making Your Healthcare Business A Success

In order to succeed with your healthcare business, you must take care of your patients and staff while also managing the clinic.
Beth Williams 11 months ago