Boxing And MMA: What Is the More Effective Style? 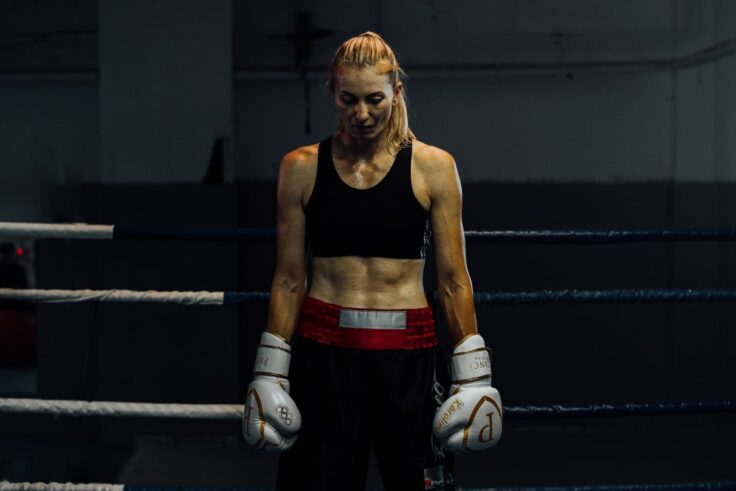 Boxing and MMA are both excellent cardio workouts to get fit, improve your strength, conditioning, and a lot more. So which one is better? Let’s find out!

The steady rise of MMA has led many combat-sports enthusiasts to compare its self-defense and training effectiveness to that of boxing.

While both score high in these areas, there is no definitive winner across the board. That’s because the practitioner’s individual circumstances really decide the degree of efficacy for each.

In general, and considering both sports’ pros and cons, MMA should create a better-rounded fighter on account of its integration of ground and stand-up fighting.

That said, some might not find that convincing enough, which is perfectly understandable because each of us has different goals.

We won’t try to convince you which among these two martial art forms is better. Instead, we’ll go into a brief analysis of each to help you decide what style suits you best.

The Difference Between Boxing And MMA

To someone on the threshold of the MMA journey, the sport may seem like a singular discipline. But it’s actually a multidisciplinary fighting style that incorporates various martial art forms such as Brazilian Jiu-Jitsu and Muay Thai.

Not all forms of martial arts sit on equal terms for fighting in the octagon, with the more defense-centered styles showing more prevalence across the spectrum.

With its focus on head movement, footwork, and stand-up offense and defense, boxing is a great MMA skill set to develop.

In particular, it stands out in the defensive aspect since fights tend to start in a standing position.

Today, boxing is so entrenched into MMA that many fighters choose to specialize in it. One of the bigger names known to do so is Connor McGregor.

MMA centering on self-defense and boxing being equal parts offense and defense means that both styles are great for protecting yourself.

Boxing should allow you to excel in stand-up defense, as it emphasizes timing, spacing, and reading the opponent’s hand movements.

As soon as the fight is taken to the ground, though, boxing ceases to become as effective. This is where MMA comes in, introducing skills and techniques that make a fighter formidable on the ground.

MMA warriors are expected to deal with takedowns and grapples and do kicks and punches.

Also, unlike boxing, where explosive punches and footwork are the basic recipes for success, mixed martial arts requires you to attack with and defend against feet, elbows, knees, and shins.

Boxing’s focus on attacking and defending with the hands makes its practitioners susceptible to submissions, grapples, takedowns, and other types of onslaughts in an actual fight.

That isn’t to say boxing won’t have your back in situations where the right boxing gears are irrelevant. It’s just that MMA is the more all-around discipline or, should we say, a set of disciplines for handling most self-defense situations.

The Better Style For Fitness Training

Generally speaking, boxing and MMA are neck-and-neck in terms of health and fitness. Both are excellent for cardiovascular health, core strength, conditioning, and a lot more.

Ultimately, your choice would depend on how you choose to achieve your health and fitness goals.

That said, boxing is designed to build a more enduring fighter. Going at an opponent for up to 12 three-minute rounds can do that to an individual.

On the other hand, MMA fighters are conditioned to deliver short bursts of power with their three five-minute-round setups.

Though, if you’re looking to develop balanced fitness across the board, MMA has more of a chance of giving you that than any other combat sport.

So, Which Style Should You Learn?

Despite the obvious differences between MMA and boxing, it remains that you can’t go wrong with either.

Thus, follow whatever your heart says you should. After all, it’s usually your passion for a sport that dictates how good at it you become.

If you're a social drinker but also love to run, there are some lesser-known ways to minimize the impact of alcohol on your running.
Beth Williams 3 days ago