Why Is There A Lawsuit Against The Drug Zantac? 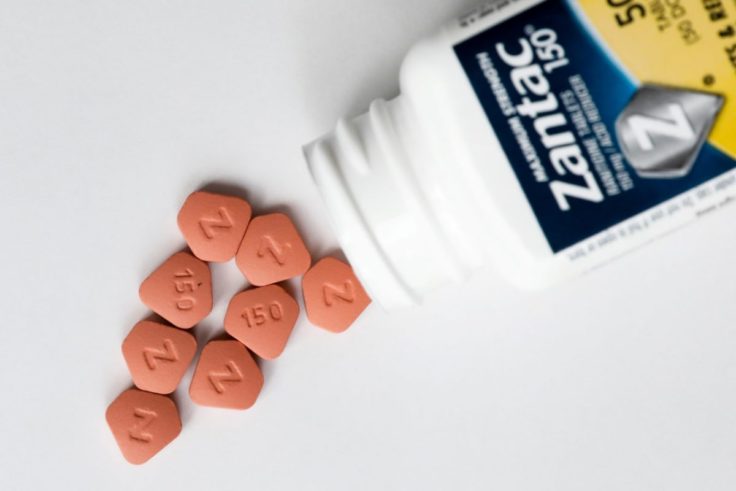 Zantac is a drug used to treat heartburn and GERD. But it can also cause cancer, so there is a mass lawsuit opened against the manufacturers. Here’s all you need to know about it.

Errors, whether deliberate misinformation or not, are not impossible in the healthcare industry.

Of the many medical cases that have gained worldwide popularity, one of the most talked-about is the one that has to do with Zantac.

This affects so many patients all over the world because Zantac is used to treat common diseases such as GERD and heartburn.

After thorough investigation, it was positively found that the branded medication Zantac, with the generic name ranitidine, contains a cancer-causing chemical. So yes, you can get cancer from Zantac.

The chemical is identified as NDMA or N-Nitrosodimethylamine. This compound is disruptive to human DNA, thereby leading to cancer.

When taken in large quantities, this chemical can cause the following types of cancer:

This type of cancer begins through the cells lining the bladder. The good news is that bladder cancer can easily be determined in the early stages, for a higher chance of successful treatment.

Symptoms include pelvic pain, pain while urinating, and blood in the urine.

This type of cancer is also known as endometrial cancer. Naturally, it affects only women.

Uterine cancer can also be detected in the early stages because of vaginal bleeding. Other symptoms also include bleeding after menopause, bleeding in between periods, and pelvic pain.

This type of cancer occurs in the cells of the thyroid. This is the body part responsible for regulating heart rate, blood pressure, body temperature, and weight.

With the prolonged use of Zantac comes side effects. Generally, if you’re healthy, these side effects should be a cause of worry.

You may not even feel them at all. But, once you’ve started to feel the side effects in heightened levels, then this can be a telltale sign of a health risk.

Some of the common side effects of Zantac include:

After all the facts mentioned above are established, now it’s time to go to the legal side of the issue. How did the Zantac lawsuit begin?

After being found positive for containing a cancer-causing ingredient, patients who have taken Zantac are now suing its manufacturers.

Some of these companies include Boehringer Ingelheim and Sanofi.

These patients allege that these manufacturers should have known that Zantac contains dangerously high levels of NDMA.

Today, this is now the recourse for those who know of anyone, or who may have taken Zantac themselves.

This lawsuit is actually a strong message to all major pharmaceutical companies all over the world. After this major fiasco, the hopes are firm that never will this happen again.

Manufacturers should first ensure that their products don’t have any ingredients that cause or may cause cancer, before putting it out in public.

If you have been affected negatively by taking Zantac, your protection under the law is to file the proper case. That way, you can focus on your cancer treatment and getting better.

Your first step in so doing is to get in touch with a lawyer. Generally, these lawyers are also well equipped with knowledge as to how to go about correctly with the Zantac case.

In filing a Zantac case, you don’t have to worry so much also about the fees of your lawyer. The lawyers that will assist you don’t charge you anything upfront.

They only take a percentage of the monetary compensation that you’re going to receive. This refers to a contingency fee payment basis.

This kind of payment scheme works to your advantage as you can focus on getting your proper compensation first, without worrying about the financial cost of hiring a lawyer.

If you’re taking Zantac for your heartburn and GERD, your first and best recourse is to ask your doctor for a change in your prescription medication.

The dangers brought about by the chemical carcinogen NDMA found in ranitidine led to its global recall. For patients that have suffered its consequences, a lawsuit was also formed.

Should you, or any of your loved ones experience adverse effects from Zantac, you now have a better idea of what the proper course of action should be.

Taking the leap from recreational consumer to cannabis farming can be a bit daunting, but this step-by-step advice will help you succeed.
Beth Williams 2 weeks ago

Anti-aging and rejuvenating properties and pain management and relief are just a few benefits of stem cell therapy. Here are more of them.
Beth Williams 1 month ago

Autoflowering cannabis plants grow much faster, with less worry about lighting and other conditions, while producing quicker.
Mark Norey, CPT 1 month ago

Pros Of Completing A College Course Human Anatomy And Physiology

Being interested in obtaining a medical career means that you're also going to have to complete a course on human anatomy and physiology.
Julianne Bodo, CES, PES 2 months ago

Conducting due diligence before buying a CBD isolate is recommended as only then can you be confident that it is safe for your consumption.
Beth Williams 2 months ago

Top Tips For Making Your Healthcare Business A Success

In order to succeed with your healthcare business, you must take care of your patients and staff while also managing the clinic.
Beth Williams 2 months ago

When your dog is in pain, what can you do? Most vets recommend using CBD for dogs to alleviate their pain, inflammation, and allergies.
Beth Williams 2 months ago

If you're dealing with inflammation and soreness every time after a tough workout, then you might want to use CBD for muscle recovery.
Beth Williams 3 months ago

Suffering from low-T? Testosterone replacement therapy might be a solution, but there are a few things you need to know about this procedure.
Beth Williams 3 months ago

Are There Any Benefits To Riding An E-Bike?

Are you into bike rides? How about riding electric bikes? Did you know that an e-bike is easy on your joints, eco-friendly, and lots of fun?
Beth Williams 3 months ago