How Hugh Jackman Stays Fit With The Wolverine Workout 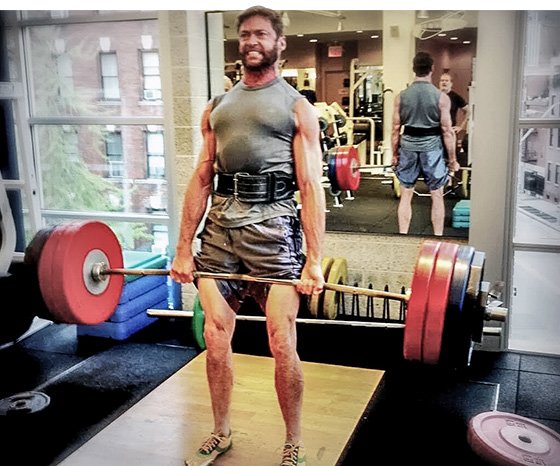 For Hugh Jackman, the intense preparation—whether it’s dropping weight for Les Miserables or training with Sugar Ray Leonard for Real Steel—is part of the performance, even when the cameras aren’t rolling. For example, he always wants to give himself a solid three months to prepare for any role that might have him in the raw, which is often a possibility with anything Wolverine-related.

“There’s a naked shot in this one,” he says. “Not front naked—it’s PG-13—but full-body. So I made it very clear that I wanted to know the date I’d be shooting that stuff.” When he heard that the day of shooting might be pushed back by a few weeks, Jackman wasn’t having it. “I said, ‘Absolutely not! I don’t care, you can push anything back you want, but I’m naked on that day!’ “

Jackman also has an industry reputation as a generous gentleman. He listens. He engages. He respects.

Give credit to his father, who emphasized good etiquette: “Everything was very proper and English that way. So a lot of that chivalry was stuff I was taught at home. But then he’d actually talk to me about stuff like respect. Really, it’s about having respect for people.”

Feeling comfortable is a warning sign for Hugh Jackman. Taking a break, stepping out of the spotlight, or recharging are just never options. To push himself, he defines goals as single-minded pursuits that are limiting, while challenges can expand. Example: Can a man be in better shape for his signature role in 2013 than he was 10 years earlier? Watch The Wolverine and you see the answer.

“It wasn’t until I came to a truce inside myself about the fact that my job rarely will be comfortable that I started to enjoy it more,” he says. “Like Wolverine. You want to get somewhere you’re not physically? It’s going to be uncomfortable. The end result is good, but it’s uncomfortable to change.”

The food varied through the different stages. However, he followed one nutrition principle throughout the entire training: carb cycling. He had carbs on weight training days, and went low-carb on rest days.

In terms of meals, he did nothing new or exciting. Here’s an example for a training day: 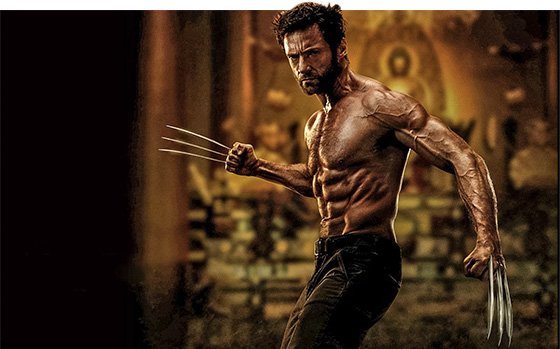 These science-based tips help you get the most out of your workout by exercising correctly, boosting motivation, and fine-tuning nutrition.
Julianne Bodo, CES, PES 4 mins ago

Want to become a successful personal trainer? With the right certification, you can start your own business or work for a gym.
Julianne Bodo, CES, PES 3 weeks ago

Whether you're using contact lenses or wearing eyeglasses, these tips will make exercising with corrective eyewear effective and safe.
Julianne Bodo, CES, PES 4 weeks ago

Don’t let fatigue slow your process. Explore several ways to restore your energy, boost your physical stamina, and give your muscles a rest.
Julianne Bodo, CES, PES 3 months ago

Looking to reveal your fit body this summer at the beach? Then you should embrace some healthy lifestyle changes into your everyday routine.
Beth Williams 3 months ago

Do you think that if your muscles hurt after a workout, then you need to work out again? No, you need to properly rest after workout.
Beth Williams 3 months ago

Summer months away from now, but if you want to slim down and achieve a beach body, you should implement these tips, starting today.
Julianne Bodo, CES, PES 3 months ago

If you’ve not been bitten by the golfing bug yet, here are seven golf benefits that will hopefully make you see golf as an engaging sport.
Julianne Bodo, CES, PES 3 months ago

The Ultimate Guide To Choosing The Right Yoga Type For You

Suppose you're thinking of getting involved in yoga. But which yoga type to choose? This guide will help you pick the right one for you.
Julianne Bodo, CES, PES 4 months ago

Besides the obvious Pilates benefits, there are also minor drawbacks you must take into account. Here's more on this type of exercise.
Beth Williams 4 months ago