Why People Still Use Kratom, Even If It’s Poorly Understood? 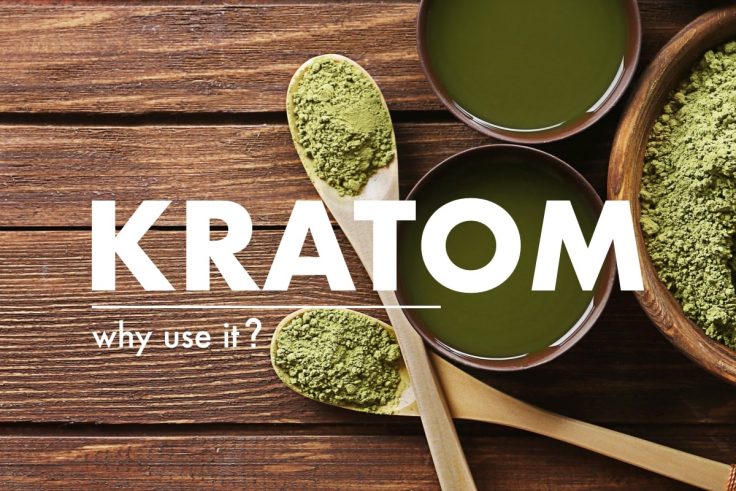 When it comes to a new, unstudied botanical plant such as Kratom, there are mixed opinions out there. People have a hard time deciding whether to use Kratom or not.

This is because when it comes to Kratom, not everybody is on the same page. This means that there are some who are against using Kratom and some who recommend it.

Now, usually, this is the case with any new health supplement out there. But in the case of Kratom, it can be a bit on the negative because more research is needed, so not everybody is pro-Kratom.

Kratom is so controversial because it hasn’t been studied in depth. This is why it hasn’t been officially recommended as medicine. For the development of new drugs, clinical studies are very important.

That’s why the National Institute on Drug Abuse gave a $3.5 million grant to the University of Florida to further research the drug. It can be a really positive sign for people who are using Kratom.

This research may finally help federal regulators and scientists to fully understand this plant and its use. So they will be able to determine if Kratom is effective and safe as a medicine.

Using Kratom at low doses (1 – 5 grams) can work as a stimulant. People who are consuming low doses report having more energy, feeling more social, and being more alert.

When consuming it at higher doses (5 – 15 grams), Kratom becomes a powerful sedative, revealing pain, and dulling sensations and emotions.

If you use Kratom at a dosage higher than 15 grams, you’ll increase the risk of serious side effects. Also, stick to a single dosage per day!

Kratom contains as many alkaloids as halogenic mushrooms and opium. So this means Kratom can potentially have a strong effect on your body. The alkaloids have a powerful physical effect on humans.

The major psychoactive alkaloid of kratom is mitragynine, which has been found to be addictive, study says.

Federal officials are concerned that because of its opioid-like effects, Kratom can be addictive. This is why it is illegal in six states and the District of Columbia.

Yes, there are some effects that are positive, but others can be worrying. This is the main reason why more studies are needed when it comes to Kratom.

Is It Legal To Use Kratom?

Yes, Kratom is legal in the majority of the United States and in some countries in the European Union. In the US, Kratom like red bali kratom is usually marketed as alternative medicine or supplements.

You can find it in stores such as Kratom Crazy, where they sell all types of herbal supplements made with Kratom.

It can be found in capsule, powder, and tablet form. In the United States, Kratom is usually brewed as a tea for pain management and opioid addiction treatment.

You also need to know that the production of Kratom hasn’t been regulated yet. The FDA is not monitoring the purity and safety of this herb. There hasn’t been established any standards for producing this drug safely.

So these are the criteria that make the kratom consumption to be poorly understood. Not enough studies and tests have been done to understand this drug properly.

Knowing all these it can be hard to understand why people are still using Kratom. But there are many reasons why people swear by this drug.

Kratom can be used to treat pain, anxiety, depression, and other conditions. People who are consuming Kratom say that it works and in some cases, it is the only medication that works for them.

Her pain became very severe and ended up taking 28 medications a day. She found out about Kratom from a friend, who was also suffering from lupus and decided to give the herbal supplement a try.

She ordered Kratom and brewed into a tea and said that the pain relief came with the first cup.

Kim had been using various pain medication including morphine, muscle relaxers, and oxycodone. But none of these had the same effect as the Kratom.

She still has health issues and pain but Kratom helps dull them enough so she can function. Kim went from walking with a cane to taking mile-long walks and picking her kids up from school.

This is why she organized rallies to push the government to keep the herb legal.

Alongside other Kratom users and advocates, she is concerned about the news that DEA wants to label kratom as a schedule I drug. This is a category that includes ecstasy, heroin, marijuana, and LDS.

Kratom Use Is Still A Grey Area

The conclusion would be, when it comes to the use of Kratom, that with more research this plant-based supplement will be better understood. This way it will be more clear why to use it and how to use it.

Now, it’s up to you if you want to use Kratom or want to continue using Kratom. The main thing to know is that if you choose to consume it as a supplement, you should stick to the dosage recommendation.

This 30-day flat abs challenge is all you need to strengthen your core muscles so you'll get stronger and fitter week after week.
Mark Norey, CPT 3 months ago

How To Lose Weight Following The DASH Diet Rules

Looking for something to spice up both your food and health? Check out these health benefits of cloves backed by scientific research.
Mariah Belsore 5 months ago

What You Should Include In Your Vape Starter Kits

Whether you're looking to quit smoking or just slow it down, e-cigarettes can help. Here's a quick guide for vape starter kits and essentials.
Beth Williams 7 months ago

Does your loved one need help with his/her addiction? Here's what you should do to help an addict when he or she is refusing rehab.
Beth Williams 7 months ago

A Quick Guide To CBD – History, Products, And Benefits

Understanding its history, its forms and products, its uses, and its alleged benefits is essential to know whether CBD is right for you.
Beth Williams 9 months ago

You must use exercise to fight addiction and get back to your normal life. Here are the benefits of using Crossfit for addiction recovery.
Julianne Bodo, CES, PES 10 months ago

Are You Ready To Participate In An Addiction Treatment Program?

It’s true that dealing with any kind of substance abuse must be voluntary. For some time now, you’ve …
Beth Williams 11 months ago

Enjoy These Benefits When You Give Up Alcohol

Alcohol can't solve your problems; you can! Stop drinking now to reap all these health benefits of giving up alcohol consumption.
Beth Williams 11 months ago

Drug addiction is a common and sometimes fatal health issue these days. To fight it, you need to find the best addiction therapy program.
Beth Williams 1 year ago