Are Vape Pens The Right Substitute For Cigarettes? 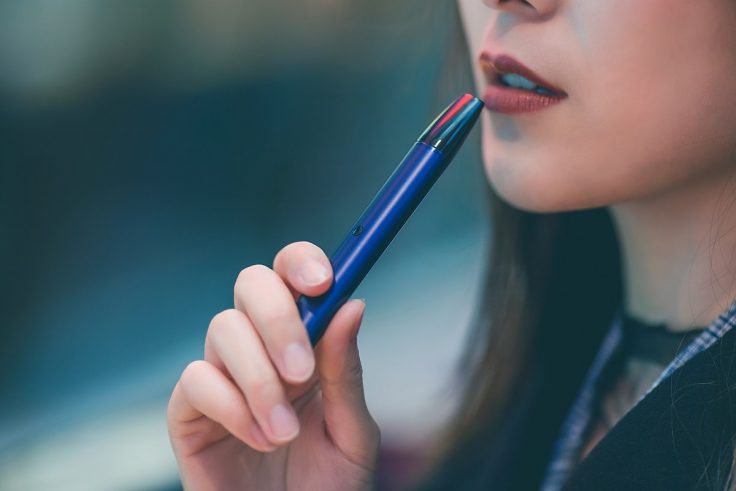 Whether you’re a smoker or not, you know at some point you thought about trying the new craze: vape pens. Well, you shouldn’t do it unless you already smoke, and here’s why.

Now, vape pens can be helpful for those who already smoke cigarettes and want to quit, or at least reduce the harmful toxins they ingest every day.

But for the nonsmokers, these pens can actually be dangerous since they also contain some of the toxins found in cigarettes, but on a smaller scale.

So let’s learn a few things about vape pens and how they can help you substitute smoking with vaping, which seems to be a “healthier” option.

What Is A Vape Pen?

A vape pen or vaporizer pen is a type of electronic cigarette; it is a battery-operated little device that has a range of sizes from a large cigar to a standard pen, which one can use to inhale vaporized nicotine or non-nicotine solutions.

Vape pens function to provide a similar feeling to inhaling tobacco smoke but without the smoke.

What Are CBD Vape Pens?

As the name implies, a refillable CBD vape pen can be filled with CBD e-juice, it has a tank that is attached to a rechargeable stick battery.

They are convenient, and some of them are suitable for direct long gaping.

These vape pens are pre-loaded with CBD (cannabidiol) containing e-juice, they also consist of a battery and an atomizer. Disposable CBD vape pen is orchestrated to give several hundred puffs before they are finished.

They are an alternative to CBD pods and cartridges, as they don’t require the purchase of a battery or compatible pod system.

Components Of The Vape Pen

The vape pen is made up of things like the: mouthpiece, a rechargeable battery, a heating element, sensors.

The mouthpiece is a cartridge that is attached to the end of a tube that can be refilled or replaced with another pre-filled cartridge.

This liquid cartridge, which is called E-liquid, is used to produce the vapor; it is often flavored.

The battery powers the heating element, and it is normally a lithium-ion battery that is rechargeable.

The atomizer is the heating element that heats the liquid, causing it to vaporize then it can be inhaled. The heater is usually activated by sensors when the user sucks on the device.

So when one vapes, the atomizer is turned on and it heats the e-liquid which turns it to an aerosol that is slowly inhaled into the lungs and then blown out.

The e-liquid or e-juice is made by removing nicotine from tobacco and mixing it with a base and flavoring.

Is It A Substitute For Cigarettes?

Here is a list of features that help us incline rather for the use of a vape pen than for a regular cigarette:

The major difference between smoking cigarettes and using a vape pen is that the vape pen does not contain tobacco.

Cigarettes contain tobacco but its not just the tobacco that causes cancer alone, there is also a long list of other chemicals that have been said to be harmful which the vape pen also contains although in a more reduced manner.

The reaction of the body to the various chemicals in cigarette smoke has been said to cause long-lasting inflammation, which can lead to chronic diseases like bronchitis, emphysema, and heart diseases.

Vape pens also contain some of these same toxic chemicals; there is no reason yet to believe that vape pens will reduce the risk of these diseases drastically.

CON: It Increases The Concentration Of Harmful Particles In Air

Because vape pens are usually smokeless, many assume that they are much safer than cigarettes that release smoke, but studies have shown that there is an increased concentration of Volatile Organic Compounds (VOC) and airborne particles when vape pens are used, and these are both harmful when inhaled.

But irrespective of these, on a more positive note, studies have shown that vape pens helped to reduce the addiction to conventional cigarettes by users.

The role of cigarettes in causing cancer is well-known, and as a result, the use of these products is being frowned at. Many smokers turn to vape pens as an alternative to cigarettes as it still offers the nicotine hit without the damaging effects of tobacco and tar.

PRO: Are Less Toxic Than Cigarettes

Findings have also shown that vape pens have aided in the drop in toxins from users who switched from cigarettes, which is good news. Although inhaling air is far better than vaping, gaping is much more healthy than smoking cigarettes.

All results and evidence point in the direction that vape pens can beat the tobacco epidemic and can serve as a substitute for cigarettes leading to the potential of saving millions of lives.

Only a few people have a tiny hole above the ear. But what does this mean? Is it a sign of luck? Or an evolution mark? Let's find out!
Mark Norey, CPT 3 days ago

The last thing you want to do after sitting on the toilet is to check your work before flushing. But your poop can actually save your life.
Mark Norey, CPT 6 days ago

It is crucial to include physical therapy after an injury as part of any health and wellness team geared toward full injury recovery.
Julianne Bodo, CES, PES 1 month ago