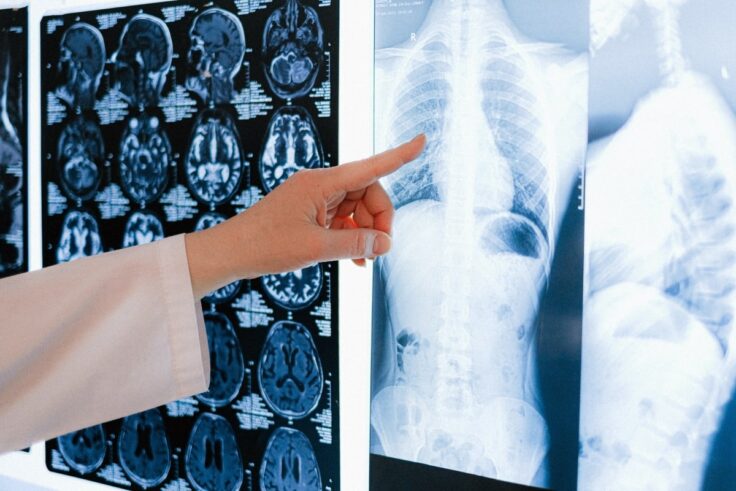 While there are numerous types of cancer, mesothelioma is one of the rarest and most aggressive forms. Here’s all you need to know about it.

With the rapidly rising pollution and degrading environment, the healthcare sector worldwide has witnessed a significant rise in the intensity and severity of life-threatening disorders.

Of all terminal illnesses to exist today, perhaps the most terrifying and complex is cancer. And since mesothelioma is an aggressive type of cancer, let’s understand it better!

Among the many terminal forms cancer can take, a rare but aggressive example is mesothelioma.

A type of cancer develops within the mesothelial cells lining body cavities that hold and protect several critical organs.

Genetically altered cells malfunction, behaving abnormally and replicating at a fast pace. But with time, it gains control of the host’s body and masters the toxic ability to spread fast while degrading every organ in its path.

How Is It Caused?

Most cancers are caused by a combination of factors, including genetic predisposition, environmental hazards, and an individual’s lifestyle.

While scientists are still to uncover the definite cause, one thing known for sure is that mesothelioma is an occupational illness.

Time and time again, studies have demonstrated a strong link between this disease and long-term asbestos exposure. This mineral is common at construction sites.

The material has high tensile strength, is non-degradable, and possesses strong resistance to heat and electricity, properties that make it functional and deadly.

When disintegrated, the mineral is a health hazard as its microscopic fibers can be easily inhaled or ingested, eventually settling down within the linings of our organs.

Indeed, the key to mesothelioma recovery is an early diagnosis, followed by swift treatment.

Treatment becomes complex and relatively impossible once the malignancy latches onto surrounding nerves and organs.

The tumor can still be resected in its developmental stages, but a slight delay in detection could mean death.

Mesothelioma is a complex illness. Although many treatment options are available, none of them are known to cure or eliminate the disease from its root entirely.

Overall, the average life expectancy of most individuals diagnosed is about 12-18 months. However, chances of survival vary from patient to patient, some of which include:

The type of cells affected plays a significant role in developing a treatment plan. Mesothelioma cancer can be made up of three types of cells:

This is the most common cell type, making up 60% of the reported cases. These cells stick together and exist in a cluster, making it easy to identify them.

Fast metastasizing cell type, constituting nearly 15% of reported cases. These cells are spindle-shaped. They don’t stick together but rather detach and travel to distant organs carrying their toxicity with them.

Their high malignancy makes it challenging to detect, operate or remove them. Sarcomatoid mesothelioma is perhaps the most aggressive to treat.

Contains a combination of epithelial and Sarcomatoid cells. Survival rates and treatment depend on the ratio of the two types of cells.

The higher the number of Sarcomatoid cells, the poorer the prognosis.

There are four variables of mesothelioma considering the region of the body cancer chooses to invade, each with different survival rates:

It develops within the pleura, a double-layered membranous covering that surrounds the lungs, protects critical organs of the respiratory system and facilitates breathing.

Nearly 90% of mesotheliomas diagnosed are of this type.

Patients diagnosed at stage 1 have a life expectancy of almost three years, while those at stage 4 can barely survive for 12 months with the help of treatments and medications.

This attacks the peritoneum, a thin layer of connective tissue that encapsulates the abdominal cavity, holding the digestive organs in place. It also acts as a conduit for the passage of nerves and blood vessels.

Patients have a life expectancy of a year, but survival rates are significantly higher for those who qualify for surgery.

It affects the pericardium, a double-lined sac that sheathes the heart, secretes lubricant, eases friction, and helps in contraction and expansion.

Since this form of cancer directly compresses and pressures the heart, chances of survival are limited.

Life expectancy ranges between 6 – 15 months with palliative care and chemotherapy.

It invades the mesothelium within the tunica, a serous membrane layer protecting the male testes.

Patients with testicular mesothelioma usually live for 10-14 months after detection.

Due to the rareness of this form, minimal research and treatment options are available.

The severity of spread and the location at which the illness is detected are the two most significant factors for survival: the earlier the diagnosis, the easier and more effective the treatment.

Like most cancers, mesothelioma also develops in a series of 4 stages, each worse than before.

Barely any mesothelioma case is detected at stage 1. The mutations have just begun, no significant damage has been caused, and visible symptoms are yet to arise.

However, patients have a shot at surgery and operation if they are lucky enough to be diagnosed this early.

Median overall survival at stage 1 is 22.2 months with surgery.

At stage 2, the malignancy strengthens its grounds but hasn’t penetrated distant organs.

Many aggressive treatment options are viable at this stage, including surgery, making the median survival for stage 2 mesothelioma range from 19 to 67 months.

Most mesothelioma cases are diagnosed at stage 3. At the same time, cancer manages to make its way to surrounding nerves, lymph nodes, and organs.

As the damage increases, the chances of recovery and life expectancy are reduced. Patients live at least two years after diagnosis.

By stage 4, the malignancy is far too widespread to be contained. No treatment can reverse the damage at this point as cancer has integrated itself deep into the host’s body.

While a cure isn’t available, patients are given palliative care to manage their symptoms and delay the progression.

The median survival rate for stage 4 mesothelioma is approximately 12 months with treatment, palliative procedures, and chemotherapy.

Mesothelioma is an illness that still requires a lot of research. Scientists have discovered more effective treatment options with time, but there is still a long way to go.

Prevention is better than cure. While this disease cannot be eliminated from the world, the chances of contracting it can be reduced.

Being aware, knowing which symptoms to look out for, what precautions to take, and areas to avoid are small but practical steps you can take to stay on top of your health.

Discover the top uses and benefits of coconut oil for healthy skin and pick the best one to unlock the secret to radiant, youthful skin.
Mariah Belsore 1 hour ago

The start of the year is your chance to improve your wellbeing. And with these healthy food trends, you'll surely achieve your fitness goals.
Beth Williams 24 hours ago

What Does Counting Macros Mean And How To Do It?

Counting macros means tracking the volume of proteins, carbs, and fats your body gets daily and adjusting it to reach your fitness goal.
Mark Norey, CPT 2 weeks ago