How To Choose The Right Martial Art For You 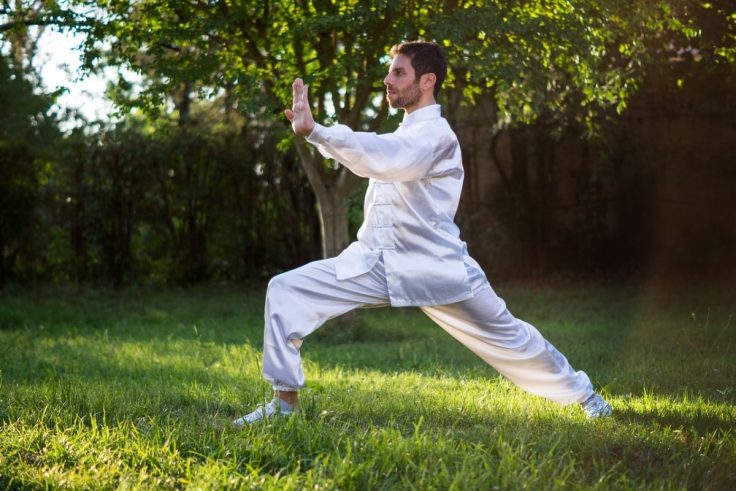 Choosing The Right Martial Art For You

Choosing the right martial art for you will depend on what you want to get out of the martial art you’re going to practice! Let’s take a look at the most popular martial arts and see which one is best for your needs.

This martial art originated from Ju-Jitsu and resembles tai chi when it is put into use. Aikido students will use quick movements and calculated throws in the defensive strategies that are employed.

Students who choose aikido will like a quick style of martial arts and a good level of fitness and strategic thinking.

This is a Korean martial art and it is relatively new on the scene of martial arts that are available. It involves a combination of hwa rang do and Taekwondo in its style.

Hapkido is a very fluid and circular style of martial arts and it is influenced by Kung Fu as well.

This kind of martial art involves a lot of locks, throws and grappling than Taekwondo, and so people who are looking for a contact style of martial art with lots of grappling will enjoy Hapkido.

This was derived from an Israeli defense martial art and involves a lot of attack-style movements.

The aim of Krav Maga is to disarm a fight or to finish a fight as quickly as possible, and so it requires a high level of fitness and style in order to be successful.

This is a very popular style of martial arts and takes its roots in Ju Jitsu.

This style of fighting concentrates on subduing your opponent with holds and throws and requires a good level of fitness and technical skill to be successful at it.

This kind of martial arts is sometimes referred to as the father of Japanese martial arts, and it evolved over centuries to also have an influence over Aikido and Judo.

The makeup of the movements is varied, and they include kicks, strikes, knees, and chokes, among others. You’ll also see joint locking and immobilization being used in Jiu-Jitsu.

This martial art would be well suited to those who like high levels of technicality and technique being used. Also, getting proper BJJ gear is essential to training smart and safely.

Karate is based around efficient attacks that prioritize movement and straight lines. It’s a short, sharp, direct style of movement and people who do Karate will enjoy a traditional style of martial arts.

This martial art was based around efficient movements from hundreds of styles of Chinese boxing. Bruce Lee is a big fan.

This is a powerful and aggressive style of boxing and kicking that uses a lot of skill and brute strength. Suited to anyone who wants to get fit, fast!

This is a very exciting style of martial arts, and it emphasizes the legs, and plenty of kicking, with demanding training and stretching.

I hope that this short rundown of ten of the most popular style of martial arts has been helpful to you as you go about choosing a martial art to practice.

It will be a very rewarding thing to undertake training in a martial art, and you know that you are partaking in a centuries-old way of working out that works for your mind and body.

After spending countless hours on Pinterest or Instagram, you are finally ready to start making your own gym clothes. Here's how to do it!
Beth Williams 3 days ago

You should add these nutritious leafy greens to your dishes if you want to eat healthily. They're satiating and full of health benefits.
Mark Norey, CPT 2 weeks ago

An athlete or not, if you're looking to maintain your fitness, you need a well-thought exercise plan with a set of realistic goals.
Julianne Bodo, CES, PES 3 weeks ago

The role of compression in sports is clear: it increases blood flow which leads to faster sprints, longer jumps, and more lifting power.
Beth Williams 3 weeks ago

Regardless of the season of the year and the exercise type, workout headbands are a great addition to your fitness outfit. Here's why.
Beth Williams 1 month ago

With the right muscle recovery remedies, you may speed up your progress and may get the most out of every workout. Here are 10 easy methods.
Julianne Bodo, CES, PES 1 month ago

If you want to start your day the right way, then creating an early morning workout routine is a must. Here is how you can achieve this.
Beth Williams 2 months ago

To get your motivation back and reach your fitness goals, you need to start easy, be consistent, rest along the journey, and never give up.
Beth Williams 2 months ago

Your dog deserves optimal health, and so do you. Keep these tips in mind to motivate you to get healthy together with your pet.
Mariah Belsore 2 months ago