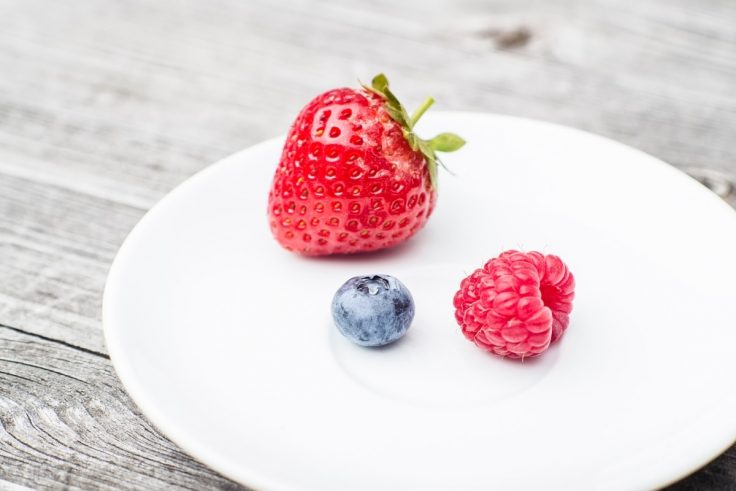 Be careful though! Besides the risk of vitamin and mineral deficiencies, starvation leads to a yo-yo effect.

In this process, the dieter is initially successful in the pursuit of weight loss but is unsuccessful in maintaining the loss long-term and begins to gain the weight back.

Find out why starvation can not help you to lose weight and how it affects your body health!

A person resorting to a caloric restriction (below 800 calories/day) has a false impression that the body if it does not get food, will use fat reserves instead.

Indeed, this is happening, but only the first two days. Then the body is sounding the alarm! Aware that no longer receives food, it will drastically reduce the loss of calories by slowing down the metabolic rate.

Thus, regardless of the quantity of food it receives, it will take a much longer time to consume it. It will also store a part of the food you eat, as your body tries to rebuild its fat stores for the next period.

Muscle loss is the main adverse effect of starvation as a method of weight loss. This is because, as we know, muscles are the only that can help us to lose weight healthily, being an “engine” which supports fat burning.

Moreover, muscles are made from 70% water. When there is a severe caloric restriction, in that muscle, glycogen is used and there is a loss of water.

So instead of losing muscle mass, you’ll end up losing lots of water, which will be quickly absorbed back when hydrated.

Another negative effect of starvation is the accumulation of pounds after giving up starving.

Why does this happen? Because during a severe calorie dieting inevitably consume fewer calories. This slows down the metabolism (20-25%) and entry into a state of rest in which you conserve energy and keep fat reserves.

When you give up that diet and caloric intake will return to normal, the metabolism remains in that state of slowing down and any calorie surplus that had yet to do will be deposited as fat.

In this case, the person feels weak but still big in the areas where there is fat.

3. The Side Effects Of Starvation

The sum of the effects that consist of severe caloric restriction produces:

In addition, vitamin and mineral deficiency is common:

A study published in the New York Times in 2011 by Dr. Joseph Proietto on 50 obese men and women demonstrates how dangerous is starvation. The men weighed an average of 230 pounds, and women about 200 pounds.

After ten weeks, patients lost an average of 30 pounds since the weight loss stopped and started regress. They have reported that hunger feeling is more intense and are more concerned with food than before to lose weight.

The results showed that their bodies act as if they were still subjected to starvation and working at full capacity to regain lost weight.

For instance, a gastric hormone often called the “hunger hormone,” was about 20 percent higher than at baseline.

Another hormone associated with hunger, peptide YY, was also abnormally low. The level of leptin, a hormone that suppresses hunger remained lower than expected.

To avoid these troubles, adopt a healthy and balanced diet to lose up to 6-12 pounds per month or 10% of your total weight within 6 months.

In that case, eating healthy will turn into a lifestyle that will prevent fat from gaining over time.

Regardless of your fitness goals, if you want to stay healthy, you need to do some small changes for a healthier lifestyle. Start now!
Beth Williams 5 days ago

Dermatitis is used as a common term for skin inflammation. If you have dermatitis your skin can look swollen, discolored, and dry.
Mariah Belsore 1 week ago

There are several advantages of consuming collagen peptides over other forms of dietary protein. Here are the most important benefits.
Julianne Bodo, CES, PES 2 weeks ago

The pain and recovery of a broken bone can be so terrifying. These 8 tips can help you heal a broken bone and speed up your recovery.
Julianne Bodo, CES, PES 2 weeks ago

If you’re not sure whether intravenous therapy is right for you, it’s important to understand what it actually entails before deciding.
Beth Williams 3 weeks ago

Synbiotics are gut health supplements that offer an easy way to get the benefits of both probiotics and prebiotics in one convenient pill.
Beth Williams 4 weeks ago

Does Cryotherapy Help With Sports Recovery?

It seems that cryotherapy is everywhere these days. And that's for a good reason since this therapy helps a lot with sports recovery.
Julianne Bodo, CES, PES 4 weeks ago

How To Boost Brain Function, Memory, And Focus

Whether you're looking to boost brain function, improve alertness and performance, or sharpen your memory and focus, these tips can help.
Julianne Bodo, CES, PES 4 weeks ago

The Top Tips For Getting Your Nursing Degree Online

Are you looking for a way to advance your career in the nursing field? Then getting your nursing degree online is the first step to take.
Beth Williams 4 weeks ago

Tips To Help You Prepare For A Modern Vascular Surgery

If you one day need to undergo modern vascular surgery, there are several things you can do to increase your chances of success.
Mark Norey, CPT 4 weeks ago