Here’s Why Spinning Is Such An Intense Cardio Workout 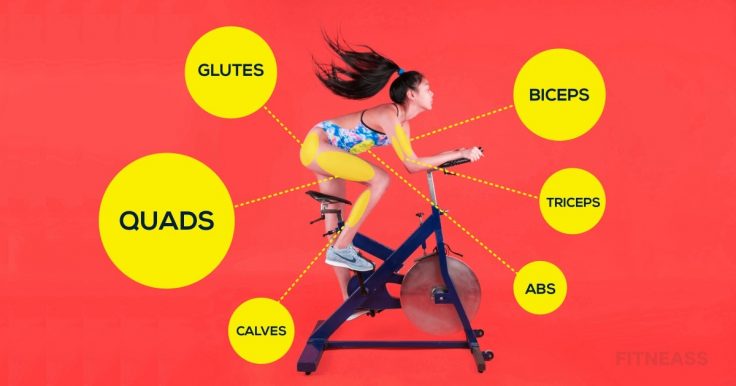 A significant number of people relish hopping on their bikes and pedaling around as a form of exercise. But the thought of spinning in a room for about 45 minutes baffles them.

While spinning might not appear to be as much fun as riding a bike in the streets, it is known to carry more health benefits.

A spinning session is more intense than riding outside. As such, you get to burn more calories than you would when undertaking another form of exercise.

Below are more compelling reasons why spinning is such an intense cardio workout:

1. Few Stops During The Session 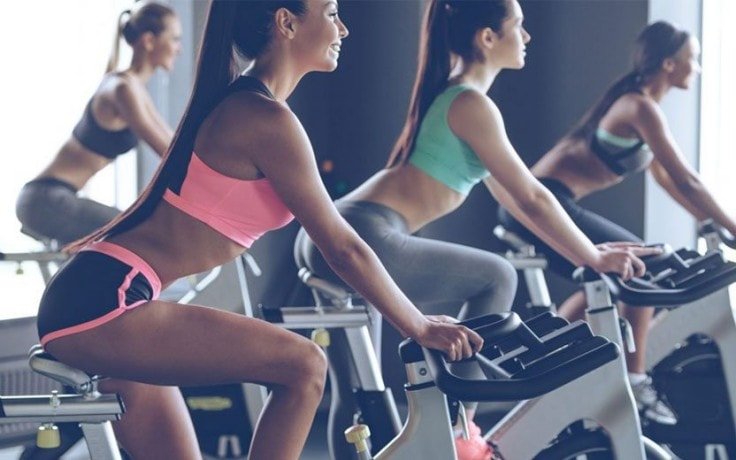 Spinning might appear like riding a stationary bike or cycling outdoors, but it’s more intense than that thus it carries more benefits.

Biking outdoors requires you to be cautious of the road dangers like speeding cars, pedestrians, and water, which might compel you to slow down or even stop.

Conversely, spinning sessions necessitate only a few or no breaks at all.

Moreover, you might require taking lessons to facilitate your ability to push yourself when cycling long distances, especially if you are a novice road rider.

But with a spin bike, even newbies can hop on and ride hard from the very second they sit on the saddle.

2. Spin Bikes Allows You To Press On 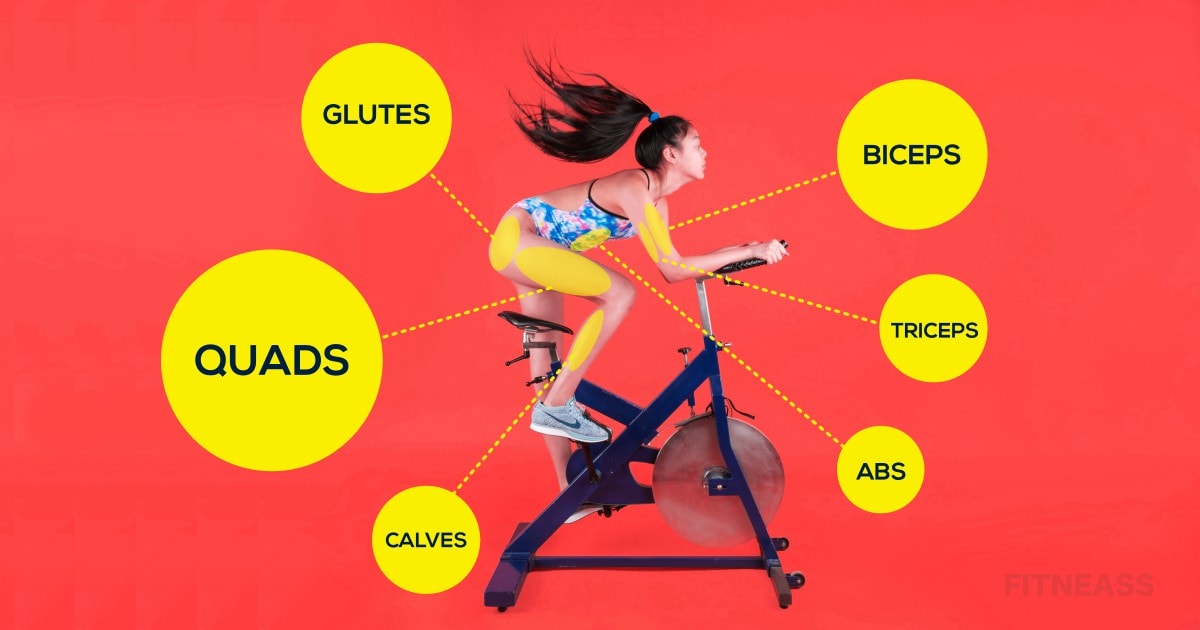 The muscles used on a spin bike are among the largest you have in your body, including quadriceps and gluteus maximus. This means that you utilize a lot of energy when exercising on a spin bike.

Also, some spinning studios encourage their riders to clip their feet in the pedals. This ensures that your legs keep pumping as long as the spin bike wheels are moving.

Coupled with an energetic group, thumping music, and an enthusiastic instructor, you can derive intense exercise and a bucketful of burned down calories from a spin bike session.

3. Impressive Benefits For The Heart 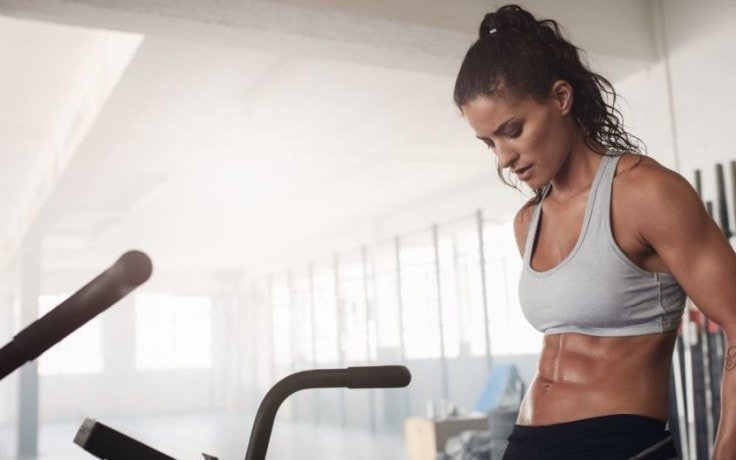 Just like all cardiovascular exercises, a spin bike workout lowers the risk of coronary artery disease.

Health experts opine that a healthy adult should get a minimum of 150 minutes of moderate workout intensity every week.

You can achieve this by taking 30 minutes to an hour on a spin bike five days a week or 20 to 60 minutes for three days a week.

Some people are attending spinning classes, which also increases their metabolic activity to acquire their desired body shape and weight.

Adhering to a regular spin bike workout schedule will not only give your lungs a good pumping capacity, but it’ll also make your heart healthier and stronger while reducing the chances of getting the coronary disease. 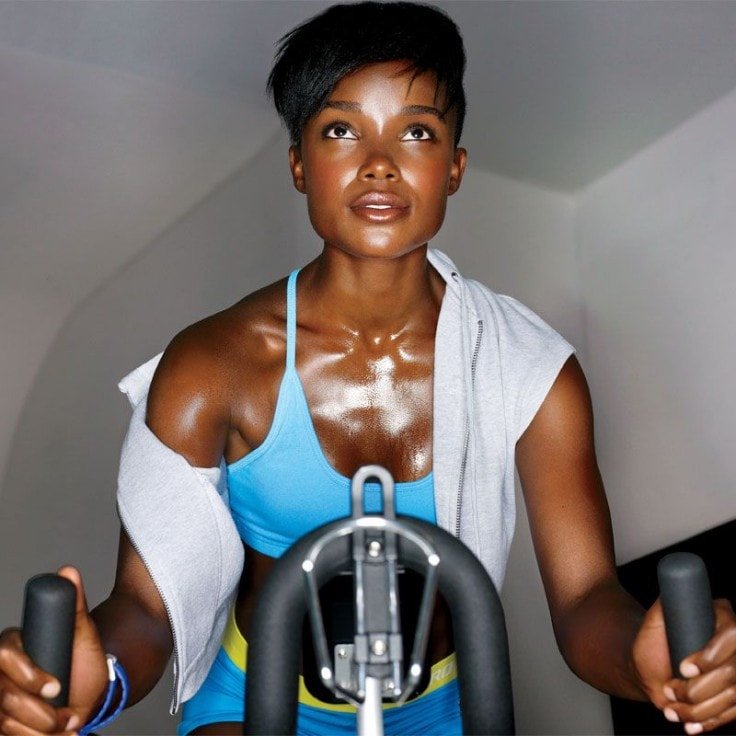 From treadmills, rowers, cross-trainers, the number of cardio contraptions that promise to burn off your unwanted fat while affording you perfect health are endless.

Spinning has been a remarkable game changer ever since it was introduced in the fitness culture.

A 40-minute spinning session burns down substantial calories, prevents injuries and also tones up your muscles.

Besides, unlike jump ropes and treadmills that typically cause joint pains and sore ankles, the spin bike barely produces any impact at all.

Spinning is not only very effective, but it is also arguably the safest form of cardio.

A healthy morning routine can help you start the day right - feeling energized, refreshed, and focused. Here's how to achieve this.
Mark Norey, CPT 1 day ago

How To Start Your Fitness Journey Off Right

These simple tips to help you start your fitness journey might get you one step closer to achieving your health and fitness goals.
Beth Williams 5 days ago

If you're a social drinker but also love to run, there are some lesser-known ways to minimize the impact of alcohol on your running.
Beth Williams 2 months ago

Don’t let fatigue slow your process. Explore several ways to restore your energy, boost your physical stamina, and give your muscles a rest.
Julianne Bodo, CES, PES 6 months ago

Looking to reveal your fit body this summer at the beach? Then you should embrace some healthy lifestyle changes into your everyday routine.
Beth Williams 6 months ago