What Is The Perfect Time To Work Out For You? 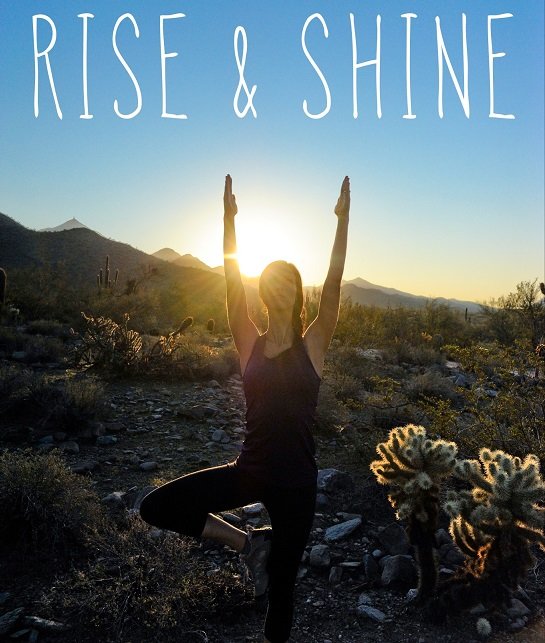 If you could give your body an edge, burn more calories, and get more health benefits simply by hitting the gym at the perfect time, you probably would, right? Unfortunately, that perfect time isn’t so clear-cut; research tells us there are benefits to working out at various times throughout the day.

Is Morning The Perfect Time To Work Out?

A 2012 BYU study published in the journal Medicine & Science in Sports & Exercise, for instance, measured how women responded to food after exercising first thing in the morning. When the 17 participants with healthy weights and BMIs and 18 obese participants walked briskly for 45 minutes, they were less distracted by crave-inducing food photos than when they completed no exercise at all.

On top of that, they also upped their physical activity more throughout the day after walking in the morning, regardless of body weight. And the benefits don’t stop there. We also know morning exercise revs metabolism, so if you hit the gym in the AM, you’ll be burning through the calories during the day while you’re taking them in instead at night while you’re asleep.

Lara Carlson, Ph.D., associate professor of applied exercise science at University of New England and President-elect of the New England chapter of the American College of Sports Medicine, says that if you’re looking to shed weight or improve overall health, studies are starting to favor the morning.

“For weight loss, it’s more controversial, but there’s research that has looked at people engaging in morning versus afternoon exercise, and those who exercise in the morning have lower blood pressure throughout the day and get better sleep,” she says. “Sleep is when your body repairs itself, and sleep also reduces stress, which may affect your weight—and I think future research will begin to tie the benefits of morning exercise together better.”

On the flipside, though, working out later in the day also has proven benefits. A 2010 study published in the journal Chronobiology International analyzed the role of the body’s internal clock on athletic performance. The researchers determined that as body and environmental temperature increase in late afternoon, so does enzyme activity and muscular function, so you can work out at your peak from about 2 p.m. to 6 p.m. Working out after work can also be beneficial. You’ll likely have more energy than if you try to drag yourself out of bed in the morning. And since research tells us you only need a 20-minute endorphin burst to unwind, fitting in a quick workout can help you relax after a rough day at the office.

If she had to choose, Carlson would say to work out in the morning. “I tell people if you make it the first thing you do, research shows you’re more likely to adhere,” she says.

But with that in mind, know this: You definitely don’t have to exercise in the a.m. if it’s just not your cup of tea. “I’ve worked with some people who simply cannot get up for a morning workout—and that’s fine,” says Carlson. So don’t stress if you’re not a morning person. The most important thing is that you fit in some sweat time at all.

Dropping temperatures don't mean your fitness levels have to drop as well. Here is a quick guide on staying fit in the wintertime.
Julianne Bodo, CES, PES 2 days ago

Must-Know Strategies To Stick To Your Fitness Goals

Many of us know the feeling of wanting to accomplish our fitness goals but not knowing how to stick to them. Here are the best strategies!
Beth Williams 3 weeks ago

When food can't provide the nutrients your body needs, you turn to supplements. Here are the best nutritional supplements available.
Julianne Bodo, CES, PES 3 weeks ago

5 Tips To Minimize Overeating After Working Out

If you're usually hungry after your workout session, it might be wise to look for ways to minimize overeating. Here's how to do this!
Beth Williams 4 weeks ago

How To Become A Top Personal Trainer Online

If you wanna be a top personal trainer during the pandemic, there's a set of skills, knowledge, and qualifications you need to master.
Beth Williams 1 month ago

This 30-day flat abs challenge is all you need to strengthen your core muscles so you'll get stronger and fitter week after week.
Mark Norey, CPT 2 months ago

When choosing the right weights for strength training, make sure they'll challenge you. The weights shouldn't be too heavy, nor too light.
Beth Williams 2 months ago

3 Ways To Improve Your Fitness Outside Of The Gym

Going to the gym is one of the best ways to improve your fitness and reach your health goals. However, it isn't the only way to stay healthy.
Beth Williams 2 months ago

All yoga poses are full of benefits, but if you need to decide between Hatha and Vinyasa yoga, you must consider their particular advantages.
Beth Williams 3 months ago

How To Stay Away From Injuries After A Gym Break

There are a few tips that can help you stay away from injuries when you resume your workouts after a long break. Check them out!
Beth Williams 3 months ago