Why Obesity Rates Are So High In The United States? 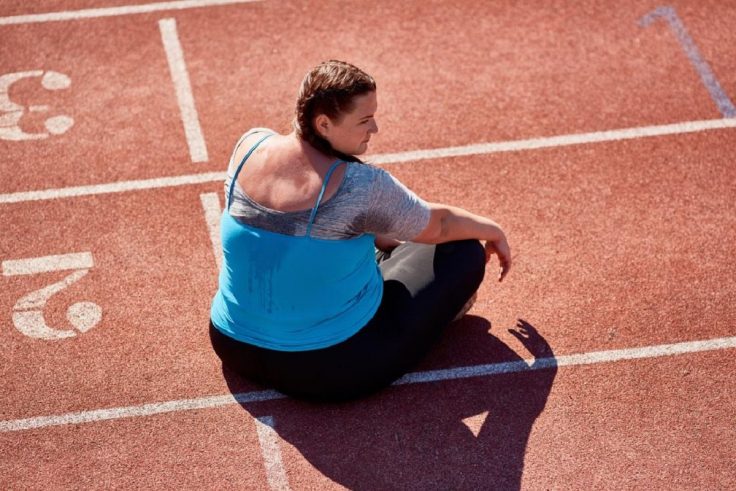 According to some of the latest findings, obesity rates in the United States outpace those of certain Europe countries by over 10 percent. Moreover, there are states where the rate of obesity is so high that one in three people are considered to be dangerously overweight.

These developments, however, did not just appear out of nowhere. Instead, they have been slowly growing for many decades and are just now reaching epidemic levels.

Unfortunately, this means that the prospective mortality rates surrounding the individuals who suffer from this condition will continue to rise as well.

After all, when a problem is not resolved and continues to rampage throughout society, it tends to cause incomprehensible amounts of damage.

This is what can be said of the over-eating that has placed the United States in the top five countries when evaluated by obesity.

So, what exactly is it that causes people who reside in the U.S. to gain large amounts of weight while their counterparts in Europe have no problems with keeping their body in check? Let’s find out!

Why Obesity Rates Are High In US?

Here are 5 reasons why people from the United States are among the most obese in the world:

As some of the recent calculations indicate, there are over 500,000 fast-food restaurants in the world. Out of that number, the United States is currently responsible for about 50,000.

This ratio serves to highlight just how commonplace fast food has become in America and stands for one of the most important reasons why the obesity rates in the U.S. are so far ahead of their European counterparts.

After all, the fact that fast food is so much more accessible and cheaper makes it an easy alternative to home-cooked meals.

Unlike a lot of European countries like Spain, Germany, Italy, Switzerland, and many others, the U.S. seldom offers education to improve people’s lack of nutritional knowledge.

According to a bariatric surgeon, Dr. Thomas Taylor, this means that most people will never be forced to take a class on healthy nutrition unless they decide to pursue this during their higher education.

Many European nations, on the other hand, have adopted a curriculum wherein young adults, teenagers, and even kids have to be shown the steps to proper nutrition.

Naturally, becoming familiar with the proper types of diets and how to avoid unhealthy eating habits is one of the first lessons that these individuals are taught. Hence why they tend to be more responsible.

While that is a formidable figure, it is over 4 times lower than the number of cars driven in America. Not to mention the fact that these research results were published over a decade ago and the real numbers are much higher nowadays.

Regardless, the fact that Europeans do not drive as much is because the cities are constructed differently. Most areas are so close together that there is no need to build enormous freeways that can be used to reduce driving times.

Instead, getting places by foot or a bicycle is extremely common. Public transportation is also prioritized in European nations while in America, riding the bus or the subway is often looked down upon due to unfair stigma.

Dr. Thomas V. Taylor further mentions the number of hours that professionals in the United States tend to work as opposed to Europeans.

The average figures are much higher for Americans as the rate of workaholics grossly exceeds anything that other continents have to offer. While this is great when it comes to comparing unemployment or productivity, but it is the opposite of that when looked at from the perspective of obesity.

Spending long hours at the office means that one has less time to exercise or do any physical activity. Consequently, their muscles will atrophy, and fat levels will rise.

After a while, perpetual dedication to work that forces healthy nutrition to take a backseat could give rise to obesity.

Finally, it is important to mention the fact that the lack of proper parenting habits related to eating is much more prevalent in North America than anywhere else. In fact, it is almost impossible to find European families that allow their children to eat anything they choose.

In the U.S., however, the number of those who simply let their kids eat whatever is accessible is concerningly high. Thus, an inappropriate approach to eating is continuously passed on from one generation to another without a clear-cut solution in sight.

As you can see, the obesity rates in the United States have raised due to reasons such as poor nutritional education, long working hours, numerous fast food options, or high car dependency.

No matter the reason you’ve got out of shape, it’s never too late to change and “come to the health side”. Just pick a workout you like, perform it daily, and watch what you eat; opt for healthy foods that promote weight loss and help you get back in shape.

Getting fit it’s not easy, but it’s worth it!

Stress is hunting us, especially during these harsh times. So if you're looking for stress relief during the pandemic, check out these tips.
Beth Williams 2 days ago

The Novel Corona Virus, or Covid-19, is profoundly affecting our lives and the risks and health concerns due to the pandemic are numerous.
Julianne Bodo, CES, PES 2 months ago

In order to get the CBD buds that best suits your needs, the most important things to consider are the concentration and the ingredients.
Beth Williams 2 months ago

Since the pandemic forced many people to work from home, demand for remote healthcare jobs is on the rise now, so here is our top three.
Beth Williams 3 months ago

CBD Could Be A Modern Solution For Our Wellbeing

Should you choose CBD for wellbeing and an improved lifestyle? Yes, and there are more reasons to this than just its numerous health benefits.
Beth Williams 3 months ago

Many sportspeople take advantage of the CBD benefits for sleep, pain alleviation, energy boosting, and even treating inflammation.
Beth Williams 3 months ago

Taking the leap from recreational consumer to cannabis farming can be a bit daunting, but this step-by-step advice will help you succeed.
Beth Williams 4 months ago

Autoflowering cannabis plants grow much faster, with less worry about lighting and other conditions, while producing quicker.
Mark Norey, CPT 5 months ago

Conducting due diligence before buying a CBD isolate is recommended as only then can you be confident that it is safe for your consumption.
Beth Williams 6 months ago