All You Need To Know About Living With A Pacemaker 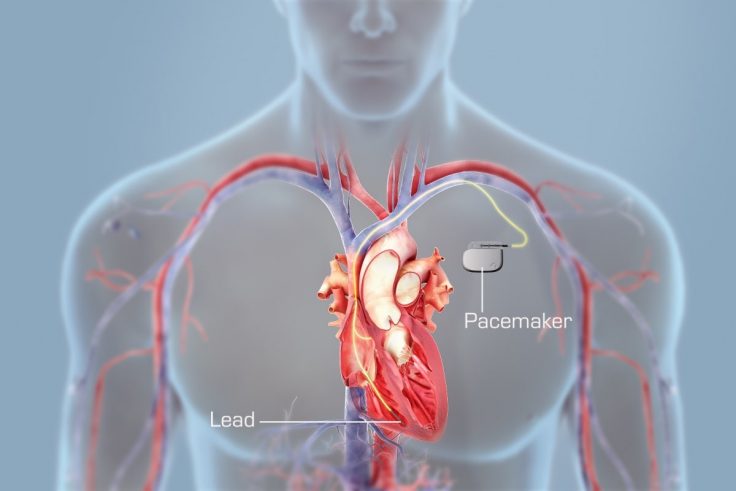 If you suffer from irregular heartbeats, your doctor might recommend a pacemaker. Here’s all you need to know about living with a pacemaker.

The pacemaker is a small device implanted under your skin so that your heartbeats can be regulated and controlled. Essentially, it helps your heart to beat like it normally should.

A pacemaker of heart is made from two parts:

A pacemaker is used to treat arrhythmias. If your heartbeat is too rapid, known as tachycardia, then your doctor can recommend a pacemaker.

Else, if your heartbeat is too slow, known as bradycardia, then your doctor might also recommend a pacemaker.

A pacemaker is essentially used to control your heartbeats that are irregular.

You might require a biventricular pacemaker if you have chronic heart failure. This device helps to sync your left and right side of the heart to beat normally.

A pacemaker is essential to ensure proper blood flow takes place. When your heart beats too fast or too slow, then the blood flow is affected which eventually affects the rest of your body.

Improper blood flow can cause your vital organs to fail which can even lead to death. This is why maintaining your heart’s rhythm is important.

A pacemaker can help record your heartbeat which enables your doctor to properly analyze your heart rhythm. Your doctor will determine whether you are a good candidate and the type of pacemaker that you need.

What To Expect When Living With A Pacemaker?

Most people are able to lead normal lives after having a pacemaker implanted in them. Usually, there is no problem if you continue doing the routine activities that you do.

The only time you will need to limit your physical activity is after the pacemaker implantation surgery. However, even after complete healing, you should speak to your doctor about which exercises are safe for you to do.

You will be able to do household work, return to work, and be able to lead a healthy sex life after the surgery.

You might not be able to travel up to a certain time and even driving can come with restrictions, so you need to speak to your doctor about that.

What To Pay Attention To?

There are certain precautions that you need to be aware of when you are living with a pacemaker. Some of the most common ones are as follows:

The Pacemaker Area Is A Sensible One

One of the main points to remember is to ensure that you do not hurt the area where the pacemaker is inserted.

If you do get hit in the area of the pacemaker then you should book an appointment with your doctor immediately. That is because any hit to the pacemaker can affect how well it functions.

If you feel discomfort at any point such as after exercising, then you should contact your doctor immediately.

It is best to always consult your doctor before starting a new exercise regimen so you know whether it is safe for you to participate or not. Your doctor will continue to monitor your condition.

Also, a pacemaker can last for 7 or more years. So make sure to take good care of it.

Living with a pacemaker can be easy if you follow the above tips. Don’t worry, in time you’ll get used to the new lifestyle.

Become more active and fend off stress by adding Tongkat Ali to your diet. Get a healthy body and mind and live a stressless, blooming life.
Julianne Bodo, CES, PES 3 hours ago

If you think you’re not getting enough nutrients from what you eat, adding hemp oil to your meals can make a huge difference to your diet.
Julianne Bodo, CES, PES 2 days ago

Millions of people suffer from chronic fatigue syndrome annually. So to fight this tiredness, you need some of the best energy supplements.
Beth Williams 2 weeks ago

Late-night coffee, your phone, or the lack of exercise might be just a few reasons why you struggle to sleep at night. But there's more!
Beth Williams 3 weeks ago

Want to boost your testosterone levels, keep your prostate in check, or recover properly after a workout? Try these 5 supplements for men.
Mariah Belsore 4 weeks ago

Being pregnant is super-exciting. So when it's time to choose the right pregnancy clinic for you and your baby, follow these 3 steps.
Beth Williams 1 month ago

Headaches can affect all aspects of everyday life. But there are many things you can do to prevent headaches and alleviate the pain.
Mark Norey, CPT 2 months ago

If you’re a bodybuilder, knee valgus is a term that you may not know yet but it’s one that you don’t want to hear. Here's everything on this.
Mariah Belsore 2 months ago

A healthier you would sleep well, eat quality food, exercise daily, hydrate properly, and stay positive. Here's how to achieve this.
Beth Williams 2 months ago

Enema – Natural And Safe Ways To Try At Home

Enema is the process of emptying the bowels by flushing them with liquids to help treat constipation, soften the stool, and calm the rectum.
Mariah Belsore 3 months ago