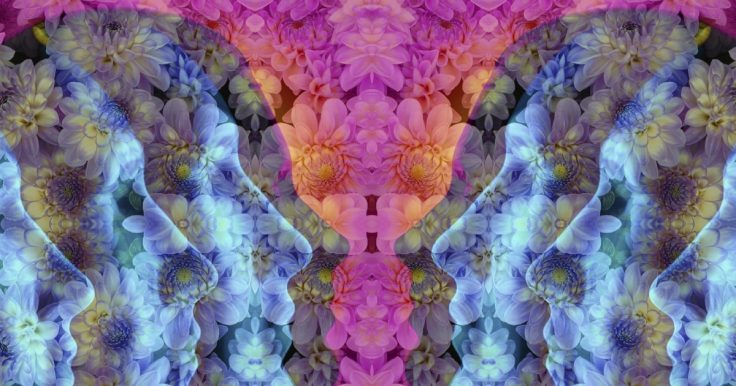 Ibogaine treatment centers have been around since the late 1960’s. They are illegal in some countries, yet people still travel far from home to get help.

The number of ibogaine treatment clinics is on the rise. This is more than a money-making endeavor.

There is a legitimate need for more treatment clinics, as the use of heroin has also been on the rise since the early 21st century.

Known for the worst withdrawal symptoms of any drug, heroin users rarely escape the hold of the drug.

Depression and anxiety are also on the rise and have shown a steady increase over the last 50 years. These disorders severely limit the patient’s ability to lead a fulfilling life.

Ibogaine treatment clinics are multiplying at an alarming rate to treat the symptoms of drug abuse, and not only.

The face of heroin use has changed immensely in recent years. Whereas you only found it in the low-income parts of town in the past, it has now infiltrated all economic groups and neighborhoods.

The highest number of users are now young, white males. High-income suburban neighborhoods are a hot spot for heroin use. Nowhere is safe from the problem.

Heroin is a highly addictive opioid that is near impossible to quit due to the agonizing withdrawal symptoms.

Individuals that gravitate towards heroin are often seeking satisfaction after running out of prescription painkillers.

The addiction may be purely accidental after an injury or surgery. It takes small amounts to produce an even larger euphoric effect than things like hydrocodone. And it is also cheaper.

It is now used at a higher rate than even cocaine and meth.

It is not realistic to deny pain relief to those with legitimate health issues. It is a fine line, however, when patients begin pain treatment at home after hospitalization.

Addiction can even happen after an extended hospital stay where painkillers are distributed under a doctor’s care.

The person may get home without any medication and begin having mild withdrawal symptoms from several weeks of morphine use.

Doctors rarely warn of this side effect, so the patient becomes scared, confused, and feels extremely ill. Chills, night sweats, and nausea often begin within a day or two of quitting the hospital medication regimen.

Patients may ask for more pain meds, only to be denied. Unable to function at work or school with withdrawal symptoms may lead to heavier drug use.

The death rate from overdose has risen by over 200% from the early 21st century up until the year 2013.

Doctors Are Trying To Combat Addiction

As a society, however, we somehow survived in earlier years without the number of prescription painkillers given out today.

Prescription opioid use has more than tripled since the 1990s. By the year 2011 researchers took notice of the increased death rate from the prescription opioid overdose. This had also reached a rate increase similar to the usage.

When the number of legal users was added up, it seemed that everyone of legal age in America could possibly have opioid pills hanging around in their medicine cabinets. That is an alarming number of pills on the loose that may be used incorrectly, sold, or stolen.

The manufacturers responded to these alarming statistics with some new safety methods. They raised the prices and are made in a way that makes them hard to crush. This was done to discourage snorting.

These medications are also now prescribed in bottles with very little medication in them. Even after surgery, a patient may only go home with 10-20 pills. A visit to the doctor is required if more is necessary.

Some doctors have also begun to warn patients of the dangers and may recommend that they save enough of the prescription to wean off the drug slowly towards the end of treatment.

Depression and anxiety disorders have also been on the rise along with drug use. The timeline is surprisingly similar to heroin addiction.

For the last 50 years, cases of mental illness have continued to show up at an alarming rate. There are several theories that surround this.

The diagnosis has been more accurate in recent years, leading doctors to theorize that the case existed all along. They may have been present, but not diagnosed or understood.

Life has also become increasingly more complicated, causing stress levels to soar. There are daily reasons for any common individual to suffer from mental issues.

Ibogaine Treatment Clinics Can Be A Solution

Ibogaine treatment clinics are a response to these ongoing issues. And the irony is that a large part of the addiction problem is in the United States, where ibogaine has been banned since 1967.

The initial dose of ibogaine is meant to relieve the physical symptoms of withdrawal.

The psychedelic effects of ibogaine also involve a deep introspection and a better understanding of the emotional reasons for addiction.

In traditional African culture, the iboga plant is used for a similar reason. It is believed to offer a transformation or spiritual experience.

The theory is that once the physical symptoms of addiction are alleviated, the emotional realities in the subconscious can be brought forth by the ibogaine.

This allows for proper treatment of the deeper reasons for addiction, depression, anxiety, and mental illnesses.

The rise of ibogaine treatment centers is a response to the rise in addiction and mental disorders.

Modern life allows for extreme stress, often making people wish to escape. Drug use offers a quick exit from the discomfort of life.

Ibogaine treatment clinics offer a more thorough approach to addiction, depression, and mental disorders. The premise of these clinics is to get to the root of the problem using a natural substance.

THCV (known as diet weed) is a cannabinoid that doesn't have intoxicating effects such as THC and it is believed to aid weight loss.
Beth Williams 5 months ago

CBD gummies are edibles that contain the compound CBD (cannabidiol). Keep reading to learn more about the most delicious CBD products.
Beth Williams 5 months ago

Taking into account its tremendous benefits, it's just a matter of time until blockchain will revolutionize the healthcare industry.
Beth Williams 7 months ago

If you want to start a successful healthcare business, you need to properly prepare yourself. Here are the most important things to consider.
Beth Williams 8 months ago