Did You Know These Health Habits Could Kill You? :) 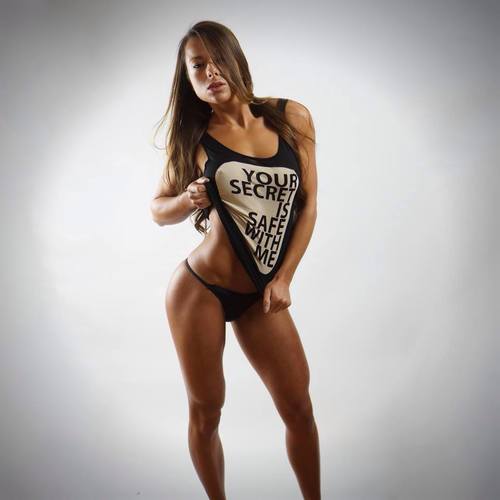 There’s a new health terror sweeping the nation called the “Triangle of Death,” and it lives on your face. Dr. Oz coined the term when he covered this health hazard on his show. The triangle includes the areas of your face extending from the corners of your mouth to the bridge of your nose.

What makes the area so dangerous is that the blood vessels there drain to the back of the head and connect to the veins at the base of the brain, which pumps that blood throughout the rest of the body. Any damage that breaks the skin in the triangle exposes the body to bacteria and infections, which can cause headaches, blindness, paralysis, and even death.

Maybe you should think twice before you pop that zit or try to get the crust out of your nose after a cold. Don’t believe me? Click on for 12 health habits that can actually kill you.

Your body has to maintain a certain temperature – neither too hot nor too cold – in order to function properly, but depending on how you like to take your showers, you could be putting yourself at risk.

Extreme and sudden exposure to both heat and cold can actually kill you, as it did a 62-year-old man when he was made to take a freezing-cold shower in a Chinese labor camp in 2008. Of course, the younger and more fit you are, the easier it is for your body to maintain the right internal temperature, but it doesn’t hurt to be aware of the risk.

If your shampoo has Sodium Lauryl Sulfate (SLS) in it, you might consider switching to a different brand. SLS is responsible for the foamy consistency of the shampoo’s lather, but it can also cause severe liver abnormalities and kidney damage that can be fatal.

Like most potentially dangerous chemicals, however, you’d have to ingest a LOT of shampoo in order to incur any serious damage, so don’t chuck your favorite herbal scrub just yet.

You’ve probably heard that you shouldn’t put anything in your ear that’s smaller than your thumb, but almost all of us violate that rule when we clean our ears with cotton swabs. The eardrum inside the ear (through that hole you’re not supposed to poke around in!) is very fragile, and if you puncture it during a vigorous cleaning, you allow bacteria to slip past the broken tissue into your inner ear.

A man in Montreal died three years ago when he contracted meningitis from bacteria that entered through the eardrum, which he’d punctured from excessive and rigorous cleaning. Doctors even suggested that he had probably caused the initial bacterial infection expressly because he cleaned his ears too often.

Let that be a lesson to you: keep those swabs out of your ears!

When you pluck those bristly strands out of your nose, you tear the skin around it, which allows bacteria to find its way into your body. Of course, this not only includes bacteria inside your nose that those hairs have been filtering out, but also anything you’ve stuffed up there from whatever you’ve touched before you went prospecting in your nasal cavities.

Once that bacteria creeps into your body from that ominous “Triangle of Death,” you could find yourself with a host of health problems, including potentially fatal conditions. Using an electronic nose hair trimmer is much less risky and won’t cause the same kind of pain and irritation that plucking does.

Okay, so we’re not talking about brushing or flossing your teeth. Please, continue to do both! But be careful the next time you take a toothpick to drive your lunch leftovers out of the spaces between your teeth.

Toothpicks are sharp, and if you break a piece of the toothpick off, that pointy little end could cause one mountain of trouble inside your body. If it gets stuck in your throat, your body will swell around the irritant that can block your esophagus and prevent you from breathing.

It can also pierce or tear your intestinal tract, which would spill bacteria and digestive juices into the rest of your body and cause sepsis, which can and often does kill you. Yikes.

That Triangle of Death we talked about? Popping zits in this area is a huge risk factor for your health. Zits are filled with bacteria and puss, and when you pop a zit in “the triangle” you break the skin and allow that bacteria to creep into your body.

Infections can cause headaches, blurred vision and blindness, paralysis, and even death.

Popping zits also causes scarring, so if your overall livelihood isn’t motivation enough, the fact that your perfect visage will be marred from all that pimple pressing hopefully will.

This step-by-step guide to breastfeeding can help any new or expecting mom in case she's considering breastfeeding her newborn baby.
Beth Williams 5 hours ago

We all know how difficult it can be to get a good night's sleep every night. So follow these steps to wake up feeling rested and refreshed.
Beth Williams 2 days ago

Breast cancer is a terrible disease that affects so many people. Here's what you must know about preventing and fighting breast cancer.
Beth Williams 5 days ago

People need to maintain healthy bones if they want to live long and be able to enjoy their life. Here are 7 top tips to protect your bones.
Julianne Bodo, CES, PES 5 days ago

In this article, we'll talk about leg veins, both spider and varicose veins, their causes, signs, and symptoms, and possible treatments.
Julianne Bodo, CES, PES 6 days ago

6 Important Things To Do To Overcome A Panic Attack

People with panic disorder have recurring and unexpected panic attacks. Here's what you need to know to overcome a panic attack.
Beth Williams 3 weeks ago

Advantages And Disadvantages Of The Invisalign Treatment

Are you thinking of undergoing Invisalign treatment? Then it's useful to know all the pros and cons of this teeth-straightening procedure.
Beth Williams 4 weeks ago