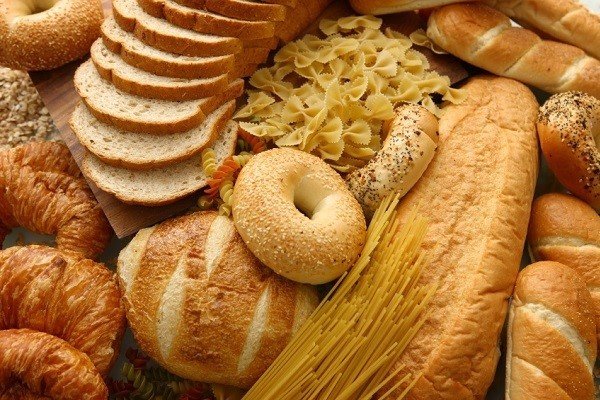 There has been a lot of buzz going on about gluten, but do you really know what it is, why it is bad for some people and if you could be one of them? We’ll try to clear up some of the confusion and tell you everything you need to know about gluten.

Gluten is the major protein found in certain grains such as wheat, barley and rye. It basically gives bread elasticity and strength.

What Foods Contain It?

If you thought all you had to do was avoid bread and you were fine, you are wrong. True, gluten is found in wheat, but you would be surprised how many things that wheat is used in. Also, gluten is found in the grains rye, barley, semolina, durum, faro, graham, spelt, einkorn and kamut. So here are some basic things to watch out for if you have Celiac disease or are gluten intolerant:

Basically read the labels for gluten free or to make sure they don’t contain any of the above listed grains.

What Foods Can You Eat?

By now you are probably thinking you are going to starve if you can’t eat gluten. Well, lucky for you since gluten has become such a big deal you can find tons of foods that are gluten free nowadays. Here are several grains that don’t contain gluten that are often used to make breads and other foods that usually use wheat: rice, corn, soy, potato, tapioca, quinoa, millet, buckwheat, flax and nut flours. Of course you can also eat plenty of fresh vegetables, meats, eggs, etc that have nothing to do with gluten.

Are There Any Positive Effects Of Consuming Alcohol And Edibles?

Medical professionals have always highlighted the negatives of consuming alcohol and edibles. But are there any positives? Let's find out!
Beth Williams 12 hours ago

5 Tips For Healing Faster After Slip And Fall Injuries

Whether you're a fitness professional or a beginner, dealing with slip and fall injuries is equally hard. Here's how to deal with it.
Beth Williams 1 week ago

Make The Most Of Your CBD Dosage Calculator

When it comes to the correct CBD dosage for you and your circumstances, start small and build up gradually. Also, you can use a calculator.
Beth Williams 2 weeks ago

The Benefits Of Almonds For Your Health

The benefits of almonds have a huge impact on your weight management, bone health, gut microbiome, blood sugar levels, satiety, and more.
Beth Williams 4 weeks ago

How To Measure Your Heart Rate

You can measure your heart rate with just your fingers and a stopwatch. But there are other, more accurate methods. So let's check them out.
Mark Norey, CPT 4 weeks ago

How To Gain Muscle When You Are Diabetic?

Living with diabetes shouldn’t stop you from building muscle. However, it’s wise to follow a few precautions when on a diabetic diet plan.
Julianne Bodo, CES, PES 1 month ago

Common Injuries That Can Be Treated By A Sports Podiatrist

A sports podiatrist is a foot doctor who prevents, diagnoses, and treats common injuries that people get from engaging in sports activities.
Beth Williams 2 months ago

Diet, exercise, and stress reduction are three areas in your control that can positively influence your psoriatic arthritis and symptoms.
Mariah Belsore 2 months ago

Why Getting Enough Sleep Is Vital For Your Training?

Getting enough sleep is vital not only for your athletic performance but for your physical and mental health too. Here's why.
Beth Williams 2 months ago

Is OK to cry? Is it good for you? Researchers say tears will make you feel better. Here are seven more health benefits of crying.
Mark Norey, CPT 2 months ago