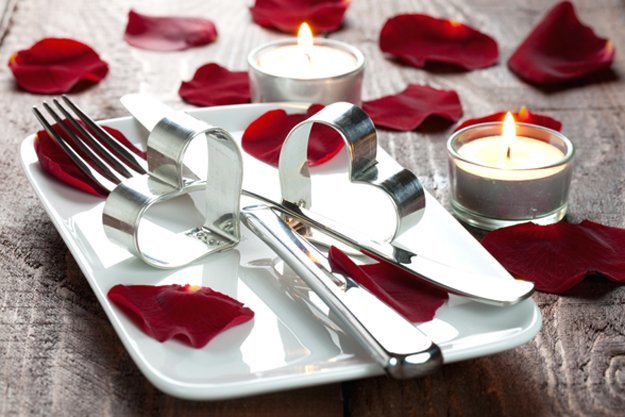 How To Choose The Cutlery To Increase Taste

It is said that the appearance of food is just as important as taste, and for good reason: before taking the first bite, you’ve already created an impression of the plate content, based on a multi-sensory experience. But cutlery, plates or containers in which we eat at the table can make the difference between a light meal and one followed by pangs of conscience, but also between a beautiful silhouette and a few extra pounds.

But let’s talk more specifically: a study by researchers at Oxford and published in Flavour looks quite clear correlation between features cutlery and our perception of food.

First, larger plates increase appetite, which is why we have to use smaller plates and bowls, for better portion control. For the same reason it is not good to eat potato chips, popcorn, ice cream, etc.. from large vessels, because we lose the amount count and increase the caloric intake.

Weight of table utensils alter food taste. In the study, subjects received tablespoons of different sizes and colors to consume yogurt. The results showed that when yogurt was consumed with a easier spoon, has been praised as being more pleasant and better quality, and less sweet.

When yogurt was consumed with a blue spoon, subjects rated it as more salty than regular plain yogurt (effective trick for popcorn lovers who do not want to overdo the salt intake – eat it in a blue bowl?).

Also, yogurt spoon white seemed sweeter than that consumed by black spoons, although it was the same type of yogurt (do not eat desert from black plates or black cutlery because you will quell sweets appetite harder).

And if you are a cheese lover, you should know that servers on the edge of the knife, cheese tastes more pleasant than served with fork or hands, at least this thought the people who participated in this study.

In terms of colors, it’s good to know that gray, black, brown, purple or blue reduces appetite; while yellow, red, turquoise or orange increases appetite. So be careful how you decorate the kitchen!

Have you ever wondered why you have a favorite coffee mug and no other coffee mug has the same taste? Or why do you like to snack peanuts in a particular bowl? Well, the answer is found in the lines above.

How To Lose Weight With The Flexitarian Diet

It's important to pack your meals with macro foods if you want to see quick results in your weight loss process. Here are the top 10.
Julianne Bodo, CES, PES 1 month ago