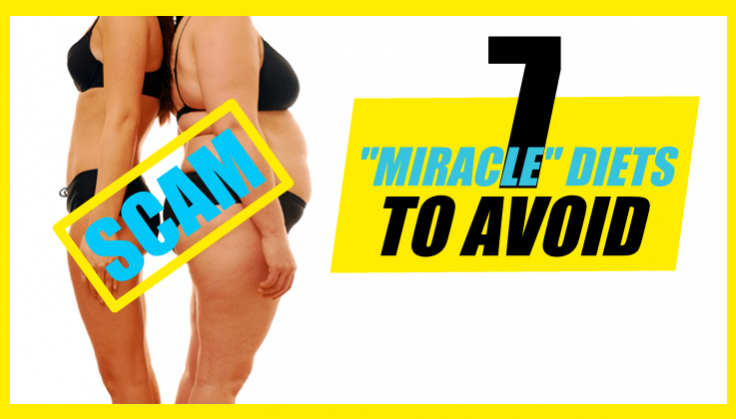 The CDC reported that in 2016, 40 percent of women and 35 percent of men were obese. Given those statistics, it’s no surprise Americans are obsessed with their weight, spending $20 billion each year on weight loss according to ABC News.

Although it might be tempting to look for diet miracles that will change your life and help you lose weight fast, the best solution is simply to eat well and exercise.

Here are 7 of the worst diet miracles allowed and even promoted by numerous health and fitness icons:

Although you might think bitter orange sounds natural so it must be safe, the University of California Berkeley warns that supplements contain large doses that haven’t been proven to help you lose weight, and may even have harmful side effects.

Although it might help burn more calories, bitter orange can also increase your heart rate and blood pressure, and interfere with medications.

Hydroxycut claims to be America’s number one selling weight loss supplement, but its history of dangerous side effects deter many from choosing it.

According to University Health News, Hydroxycut had to change its formula in 2004 to remove ephedra, which the FDA had recently banned, but problems didn’t stop there.

Although the formula has been changed since then, the exact cause of those health problems from 2009 remains a bit of a mystery since many side effects come from mixing ingredients, not just one in particular.

This weight loss supplement is particularly dangerous. When 56 people had liver failure or hepatitis after taking OxyElite Pro in 2013, the FDA issued a warning and asked the company to recall their products.

In 2015 the FDA had to issue another warning, this time because some of OxyElite’s products contained selective serotonin reuptake inhibitors. These are used to treat depression and anxiety related disorders and can cause suicidal thinking, bleeding, and seizures.

Dr. Oz promoted this extract in 2013, which may have helped bring Garcinia cambogia into the limelight.

According to Consumer Reports, about 1 million people Google it each month, and it has become a common ingredient in many weight loss supplements, including Hydroxycut and OxyElite.

Unfortunately, the claims that it slows fat absorption are probably false. A review published in the Journal of Obesity analyzing 12 trials testing Garcinia cambogia for weight loss, but none of the participants had substantial weight loss when compared to the controls.

Given the (lack of) evidence, it’s no surprise Dr. Oz is facing a class action lawsuit for his false claims.

According to the Mayo Clinic, caffeine might aid in weight loss by fighting cravings, burning more calories, and giving your workout an extra boost. Unfortunately, caffeine has other effects that might interfere with weight loss.

Obesity Action warns that since caffeine increases cortisol and lowers your blood sugar, you may end up having more cravings throughout the day.

If you use caffeine in the afternoon, at night, or just over-rely on it, it could also interrupt your sleep cycle, which could throw all of your hormones out of whack.

When the documentary Fat, Sick, and Nearly Dead came out in 2010, hundreds of people ran out shortly afterward to buy a juicer. Juice is certainly delicious and might be a good way to sneak in fruits or vegetables you wouldn’t normally eat, but it isn’t the miracle solution you’re hoping for.

Juicers are expensive (some can set you back $300 or more), and juicing strips away fiber. An article in the Daily Mail also showed juices start to lose their nutrients right away, so storing them for several days might do away with the supposed benefits.

Beyoncé claimed she lost weight on this fasting diet, but studies show diets almost never work. When people break a fast, or a diet in general, they tend to eat over.

Although there are dozens of articles to help coach people through breaking the fast, so they don’t gain the weight back, biology inevitably wins.

The New York Times warns that dieting reduces metabolism and messes with your hormones so once you stop you’ll have to eat even less to maintain the weight you started at and have unbeatable hunger cravings.

If you want to lose weight, eating healthy foods and exercising more is your best bet – the best diet plan is one you can sustain for your entire life.

If you are concerned about your weight and exercise doesn’t seem to help, talk to your doctor – unfortunately, miracle diets and supplements are usually just a scam. 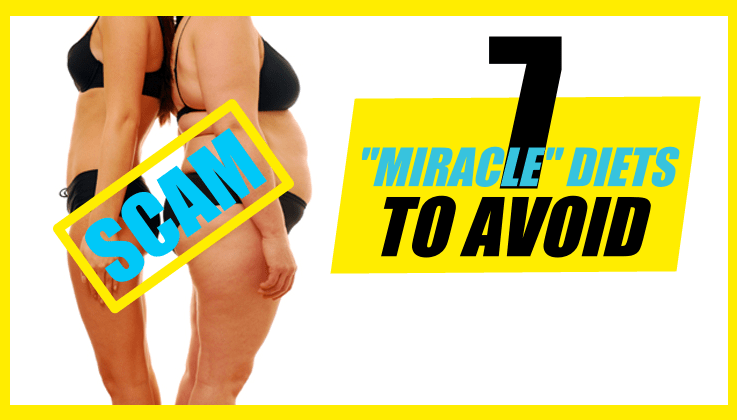 One of the best ways to manage weight and stay healthy is following a healthy diet plan. Here are 10 tips that will help you achieve this.
Julianne Bodo, CES, PES 1 month ago

A healthy and nutritious diet for HIV patients can change your lifestyle and make you feel better in the long run. Here's how.
Beth Williams 2 months ago

The carrot diet is exactly what you need to jumpstart your weight loss towards a healthy lifestyle. Just follow this 3-day meal plan.
Mark Norey, CPT 4 months ago

These simple tips will help you stick to a healthy diet and change your lifestyle forever. Here is how you can truly succeed with your diet.
Julianne Bodo, CES, PES 4 months ago

Wonder what do Mediterranean people eat to stay fit and healthy? Check out these Mediterranean diet meal ideas to reap all the benefits.
Beth Williams 5 months ago

Cutting sugar has many benefits like losing weight and feeling energized all day. Here's how to overcome addiction to sweets.
Julianne Bodo, CES, PES 5 months ago

While meat is the main source of iron, vegetarians can also get iron from plant-based foods. Here are seven iron-rich foods for vegetarians.
Julianne Bodo, CES, PES 5 months ago

Changing your diet can seem daunting, but it doesn't have to be. These tips will help you get started with a diabetes-friendly diet.
Mariah Belsore 5 months ago

How To Lose Weight Fast With The 5-Day Apple Diet

Do you like apples and want to get rid of the extra weight in a short span of time? Perfect! The 5-day apple diet is exactly what you need.
Mark Norey, CPT 5 months ago

How To Gain Size And Build Muscle With A Correct Diet

If you want to gain size and build muscle, you need to take in more calories than you burn. Besides this, here are some other helpful tips.
Beth Williams 6 months ago