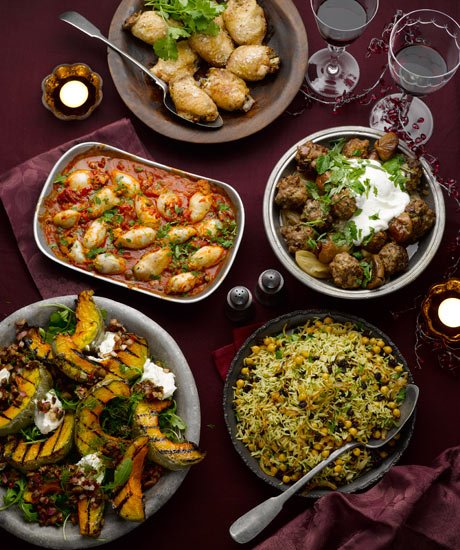 Now that the winter has come, we should opt for some cold season foods, and help us to keep our health and replenish the vitamins and minerals. Find out in this article which are the best foods in winter!

Garlic is an herb used both as food and as medicine, being considered as a preventative of infectious diseases, cardiovascular, digestive disorders and also has antimicrobial effect.

December and January are the peak months of cold and flu illnesses and garlic can be an ally in the fight with them. The main compound allicin combats cold and flu (the same compound that gives specific odor), having antibacterial properties. Nutrition experts recommend daily consumption of garlic in the winter months if we want to stimulate immunity. In June 2012 researchers at the University of Florida have shown this by the fact that garlic increases blood T lymphocytes, which play an important role in enhancing immunity.

Radishes are key foods in the winter months, but which one we must choose? White radish is rich in fiber and iron, and is preserved sliced ​​and dried in the sun – thus its qualities are maintained for a longer period of time. Because the cold season there is a tendency to consume more fried foods, white radish salad should not be missing from these tables. It has the ability to destroy fats and oils, is more effective than dry raw.

Black Radish has a distinct flavor, slightly spicy and a significant content of vitamin C, the most important antioxidant in the prevention of colds and flu. You should eat them raw or in juice form, having the property to clean the kidneys and liver of accumulated toxins. The juice is obtained by using the juicer, add both the root and the leaves.

Pickles should be indispensable food in winter , with low sugar , fat and calories. Instead have a high salt content and therefore is contraindicated to hypertensive , heart or those who suffer from water retention .

There are two kinds of pickles : with brine and those with vinegar .

Pickling vegetables by fermentation is indicated because the process, done properly, will preserve a large part of the vitamins in them. Fermentation destroys pathogens and increases the amount of healthy bacteria for digestion , probiotics.

And spices that are used in the preparation of pickles are important for health ( dill , mustard seeds , garlic , horseradish and sometimes cinnamon ) . It slowly releases the active substances in the brine .

On the other hand , pickles obtained by adding vinegar are ready in less time , but do not contain useful bacteria for intestine, such as those in brine . In addition, it requires a greater amount of vinegar to destroy pathogenic micro-organisms . It is important to know that majority of commercial pickles are obtained using a mixture of water and vinegar, and these jars are pasteurized , which destroys much of the nutrients .

Want to lose a few pounds this winter? Use cinnamon! Nutritionists recommend eating this spice when you feel the need for something sweet and it seems that the mere smell of it is enough to ward off sugar cravings.

Besides these properties, cinnamon ranks among the richest foods in antioxidants, this fighting against oxidative stress and free radicals.