The Gut-Brain Axis And The Link Between Gut And Mood 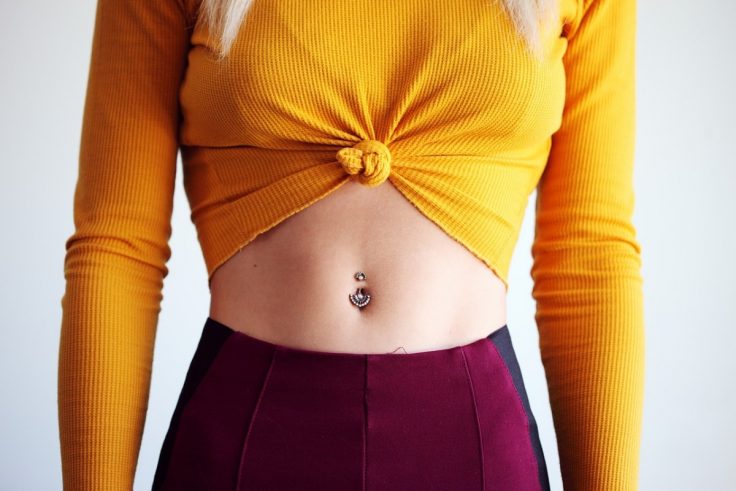 According to the latest studies, the brain and the gut have a more intricate relationship than previously thought: the gut-brain axis.

For years, poor gut health is associated with a series of negative health effects, including indigestion and constipation. But the truth is that a healthy or unhealthy gut has a far greater impact on your body and mind than you know.

Two of the major influencing areas of the gut are mood and behavior. This is one of the reasons behind sugar cravings or loss of appetite when a person is stressed out or anxious.

A number of studies have pointed out that gut bacteria is the primary connection between the gut and the brain through the gut-brain axis. That connection can impact anxiety, depression, and so much more.

Here is a crash course on what the gut-brain axis means, and how you can make sure you’re living at tip-top shape.

Your Mood And The Gut-Brain Axis

Apart from improving your gut health, probiotics may also indirectly enhance your brain functions. The gut and brain are connected in a partnership called the gut-brain axis.

Researchers have found that the two are linked through biochemical signaling between the nervous system in the digestive tract, called the enteric nervous system, and the central nervous system.

The connection is so direct and the influence is so strong, that scientists have coined the gut as the body’s second brain.

The gut-brain axis works in a number of ways, like sending warning signals to the gut when stressed, or triggering anxiety when there is a gastrointestinal disorder flare-up.

However, one of the major functions, as found by recent research, is that probiotics in the gut may help boost mood and cognitive function and lower stress and anxiety.

In fact, there have even been studies that have found that patients with Alzheimer’s scored better on a test to measure cognitive impairment after drinking milk made with four probiotic bacteria species for 12 weeks.

While there is certainly still years of research to do related to memory and a healthy gut, the initial findings are certainly positive.

Another study found that women who ate yogurt with a special probiotic mix were able to maintain a calmer mood when exposed to stress-creating images.

How Can Probiotics Impact Your Mood?

Probiotics act as important and natural regulators of mood and brain functions. They aid in boosting mood in a number of ways, the primary ones being:

Probiotics can have an impact on your mind by changing the kinds of neurotransmitters the body is putting out.

Bacteria in your gut are responsible for producing a number of molecules that have neuroactive functions.

When secreted in the gut, they trigger cells that can literally impact your mood. Gamma-aminobutyric acid (GABA), catecholamines, acetylcholine, serotonin, and dopamine are probably the most common that you have heard of.

Probiotics can also impact your mood by having a noticeable impact on your stress response system. This system is known as the hypothalamic-pituitary-adrenal (HPA) axis and involves the brain and adrenal glands.

If you suffer from chronic stress, your stress response system can actually be weakened. It can force your body to pump out more cortisol than is necessary and can actually not only make you a less pleasant person to be around but has been proven to have an impact on heart health and more.

Probiotics have anti-inflammatory properties in the body. One of the major underlying causes of depression and other mood and cognitive disorders is (now) known to be chronically elevated levels of inflammation throughout the body.

Many studies have proven that a healthy gut microbiome can have effects on the brain and immune system to lower inflammation that stems from the gut.

Here is what scientists found about probiotics use in relation to brain activity, stress, and anxiety:

In one study, patients that suffered from major depressive disorders were randomly assigned probiotics supplements for a period of 8 weeks compared to a group that was given placebo.

In the trial, the patients who were administered probiotics received 2 billion CFUs each of Lactobacillus acidophilus, Lactobacillus casei, and Bifidobacterium bifidum.

After the 8 week period was up, patients on probiotics showed a significant decrease in total scores on the Beck Depression Inventory, a widely used test to measure the severity of depression after 8 weeks as compared to patients on placebo.

It was found that the probiotic group showed a noticeable decrease in systemic inflammation throughout the body, lower insulin levels, reduced insulin resistance, and a significant rise in one of the body’s most important antioxidants, glutathione.

Low mood due to chronic illness can also be given a boost by probiotics as found by researchers studying Lactobacillus casei strain Shirota.

These probiotic strains were found to decrease depression and other feelings of sadness by normalizing the stress response system or the HPA axis.

The truth is that much of this research is still very new and probiotics can in no way be seen as a cure for medical issues as serious as chronic anxiety or depression.

Still, it is important to learn about some of the newer and most exciting new studies that are opening the minds of scientists and doctors around the world.

If you struggle with anxiety or depression, it may be useful to talk with your doctor about how probiotics could help you overcome and be a healthier and happier person!

Cancer is one of the deadliest diseases mankind ever faced. But thanks to modern discoveries, it can be controlled and even cured.
Mariah Belsore 2 months ago

Everything You Should Know About Protein Supplements

Protein is a major component of cells in your body. And when our bodies lack it, protein supplements come in. Here's all you need about them.
Julianne Bodo, CES, PES 2 months ago

How Does CBD Work Inside The Body And How Long Does It Last Inside?

We live in a world where many of us enjoy the benefits of cannabidiol (CBD) daily. Most people have  …
Beth Williams 2 months ago

If you’re a bodybuilder, knee valgus is a term that you may not know yet but it’s one that you don’t want to hear. Here's everything on this.
Mariah Belsore 4 months ago

We need proteins to build muscle mass, burn off extra fat, and fuel our daily activities. Here's everything you need to know about protein.
Mariah Belsore 5 months ago

5 Things To Consider Before Purchasing A CBD Hemp Flower

Before purchasing any CBD hemp flower, make sure to check the THC content, strains, grade, growing conditions, and its medical benefits.
Beth Williams 6 months ago

Health insurance is a form of insurance that covers expenses after disastrous insured events according to the policies. Here's all about it.
Julianne Bodo, CES, PES 7 months ago

Steroid FAQs And Concerns When Buying Them

Want to get steroids to enhance your physique? Here's how to safely purchase them online, plus the answers to these 11 steroid FAQs.
Julianne Bodo, CES, PES 7 months ago

Not a gym fan? No worries! Brisk walking will work as a great exercise for you. It is a good cardio workout that has great health benefits.
Mark Norey, CPT 9 months ago