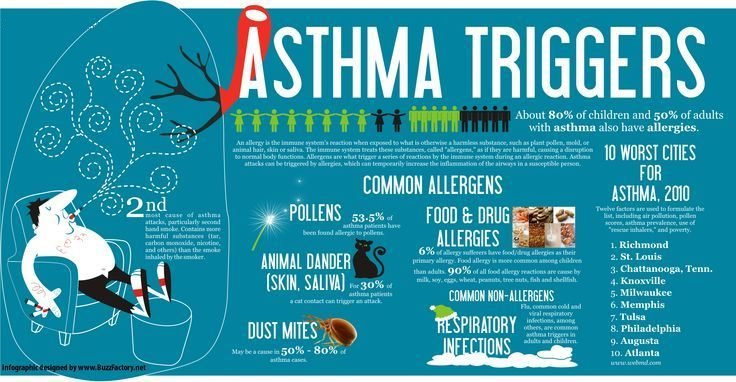 Those that suffer from this respiratory condition that causes tightening of the airways usually find it difficult to partake in any strenuous activities or sports without medication. And also tend to be prone to allergens such as dust, pollen, or fur.

The World Health Organisation (WHO) estimates that over 300 million people around the world suffer from asthma with another report stating that the condition is the most common chronic condition in children.

Around 14% of all children in the world have asthmatic symptoms and around 8.5% of adults suffer from the condition.

Little is known about asthma in terms of its root cause(s) – neither is there a sure-fire cure – but it can be agreed that there are various genetic and environmental factors that contribute to its development.

It is often under-diagnosed and under-treated, with thousands unaware they have the condition. So it can significantly affect an individual’s quality of life and wellbeing.

Almost 8% of the U.S population have asthma with costs for treatment around $60 billion every year.

Furthermore, asthma-related deaths have also been reported to be around the 4,000 mark. Within the last 10 years, there has also been a rise with 3.5% in the number of children suffering from this respiratory condition (from 1 in 11 to around 1 in 8 children).

The statistics don’t stop there! As mentioned, around a whopping 70% of those with this respiratory condition are likely to have other allergies.

Studies also show that men are more likely to suffer from asthma than women, with the highest prevalence of asthma sufferers said to be from Australia, Western and Northern Europe, and Brazil.

This condition is not selective of a certain location or social status, although those of low-middle income families are more likely to suffer from severe symptoms or even asthma-related death.

It is already recommended that governments of low to middle-income countries should aim to disperse more knowledge on this topic and regard the condition as a higher health priority.

If you want to keep your veins healthy, all you need to do is to get more active during the day, even while sitting at the desk.
Beth Williams 4 months ago

In today’s go-go-go society, it’s no surprise that most of us turn to caffeine for productivity. Here are all its amazing benefits.
Beth Williams 4 months ago

Cold sores are small blisters around the mouth and on the lips that usually last for up to 10 days. Here's how to cure them faster.
Mark Norey, CPT 4 months ago

Vitamin B12 is one essential element our bodies need but cannot produce. Here are 10 reasons why this nutrient is paramount for our health.
Julianne Bodo, CES, PES 4 months ago

There are numerous home remedies to help you get rid of warts, so let's explore the best ten ways to prevent and reduce warts for good.
Mark Norey, CPT 4 months ago

When looking to relieve chronic pain, which is more effective, CBD or THC? Here're their main benefits so we can safely come to a conclusion.
Beth Williams 5 months ago

Close to 30% of women worldwide suffer from cracked heels. So here are some simple DIY tricks to easily take care of your heels at home.
Mark Norey, CPT 5 months ago

Sleeping too little leaves you tired, but so does sleeping too much. So what's the right number behind a good night's sleep? Let's find out!
Mark Norey, CPT 5 months ago