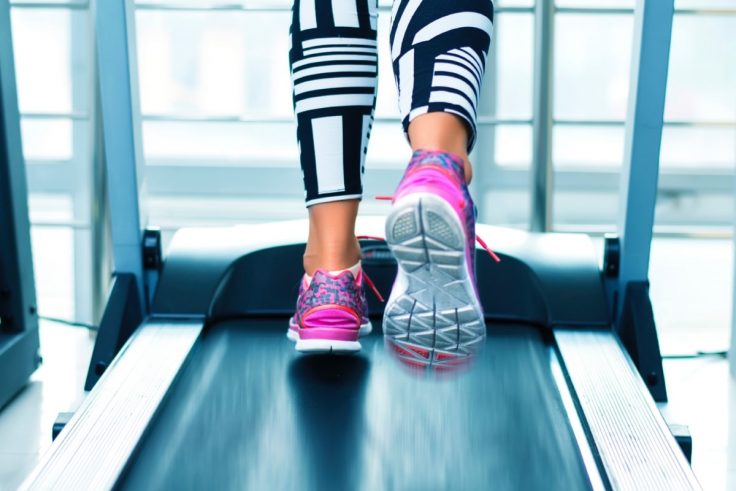 The most common treadmill types are the motorized ones available in every gym. But there are manual treadmills too. So let’s compare them!

Whether you’re new to running or a seasoned regular, you’re probably familiar with the treadmill. Indeed, even those with no running experience at all will most likely be familiar with this bit of cardio kit.

Treadmills are often forming the front row of a gym’s equipment – positioned to allow the user an ever-changing and interesting view as they cover their miles. Those are motorized treadmills.

However, what you might be less familiar with is the concept of a manual treadmill. This is a treadmill powered by the motion of its user as opposed to the motor-driven, conveyor belt-like machines we’re all more familiar with.

Indeed, the manual treadmill has more in common with its penal ancestor than the machines you might see in your local fitness center when you consider that Oscar Wilde never had the luxury of a motor!

Indeed, early treadmills were dreamt-up as a punishment just short of the death penalty. So it’s safe to say that the opinion of static exercise has improved somewhat since the 19th century.

So let’s see how these two treadmill types differentiate one from another and which one is the best fit for you.

A motorized treadmill works a lot like your local grocery store’s checkout belt:

Due to its electric motor, a motorized treadmill’s user has the ability to define a constant speed (RPM), which is related to the user in understandable units. Usually, it’s minutes per mile or minutes per kilometer, depending on their preference or location.

Manual treadmills work more like a hamster wheel (for want of a better comparison):

Unlike a motorized treadmill, the user is not able to define a constant speed. Instead, the speed of the treadmill responds directly to the cadence of the user’s feet, with its demand mirroring input:

If you slow down, it slows down and vice-versa.

As you can see, both treadmill types work in your favor, helping you to burn fat and eventually lose weight. But they achieve this by totally different means.

So let’s compare these two treadmill types and see which one fits you better!

Comparing The Two Treadmill Types: Which Is Better?

A manual treadmill is much lighter, so easier to move into a difficult location such as an upstairs room.

They’re also smaller and cheaper, owing to the lack of a bulky and heavy electrical motor. This also means they don’t require any kind of external power supply (an environmental as well as a positional perk).

The downside is that manual treadmill users tend to run slower and therefore burn fewer calories.

Motorized treadmills require no power from the user and therefore command a higher calorie burn.

They are, however, heavier and more expensive than their manual counterparts. That said, they offer much more flexibility and variety to their users. They have options to vary their speed and incline and also offer many pre-programmed workouts.

Now, if your budget is limited, I strongly recommend you to go for a manual treadmill since you’ll get a good workout without breaking the bank. But if you want faster results, then a motorized type of treadmill is a better option.

A healthy morning routine can help you start the day right - feeling energized, refreshed, and focused. Here's how to achieve this.
Mark Norey, CPT 1 day ago

How To Start Your Fitness Journey Off Right

These simple tips to help you start your fitness journey might get you one step closer to achieving your health and fitness goals.
Beth Williams 5 days ago

If you're a social drinker but also love to run, there are some lesser-known ways to minimize the impact of alcohol on your running.
Beth Williams 2 months ago

Don’t let fatigue slow your process. Explore several ways to restore your energy, boost your physical stamina, and give your muscles a rest.
Julianne Bodo, CES, PES 6 months ago

Looking to reveal your fit body this summer at the beach? Then you should embrace some healthy lifestyle changes into your everyday routine.
Beth Williams 6 months ago