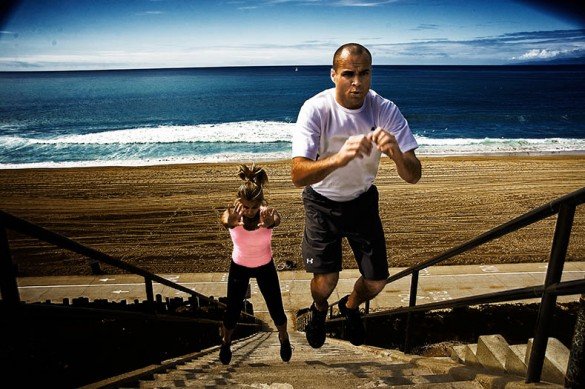 Running in slope has higher benefits than you think

Running in slope should be included in our workout as often as possible, especially in summer, when we can afford to run out. Not only it helps you burn a greater number of calories in a shorter time but significantly increases athletic performance resist, especially for those who love cardio.

Why running in slope?

Running in slope requires leg muscles much more than running on flat ground. So even if it is difficult, do not avoid the hill in the park just because it will run you out. Exceed your limits because stronger muscles mean higher running speed, improving metabolism and burning calories more intense.

When running in slope, legs get tired more easily. But we switch involuntary the effort on the part of the upper body, especially the arms, which translates into a stronger core and a beautiful posture. Your arms should be used when running on flat ground, is absolutely necessary to move them slightly in front and back, no way to keep them rigid in the chest.

Running in slope helps us to reduce the risk of injury.

How? Simple: leg muscles work harder, particularly the thighs, and thus decrease the risk of a “runner’s knee” condition called “patellar tendinitis” which suffers runners, and other athletes such as practitioners basketball or volleyball.

Hope I’ve convinced you to run every slope in your way. But you should note that such an effort can be dangerous for a person who is not accustomed to the movement and sport in general. Start easy, do not force yourself, and soon there will be no hill a challenge for you. Running in slope maintains you fit!