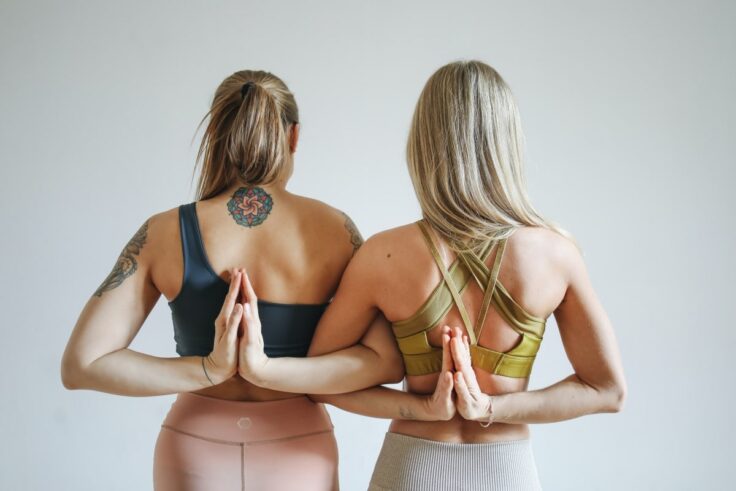 A spiritual discipline based on an extremely subtle science – this is how yoga is defined, and rightly so.

Yoga has its roots in the ancient Indian way of life and has been shaped over centuries into what we see it today.

Yoga, along with the science backing it, originated even before the birth of the first widespread religion or belief system.

Yoga refuses to attach itself with any particular religion. Rather, it is widely seen as a tool for the overall inner wellbeing.

Scientific studies have shown that yoga moderates the chemical-release in the body that affects us mentally, physically, as well as psychosomatically.

Let’s dive into the science behind it!

How Does Yoga Make You Happier?

Here is what science says about yoga and its unique ways to make us happy:

It is widely known that stress and happiness have an inversely proportional relationship with each other: lower the stress, higher the chances of you being happy.

Our body releases a hormone called cortisol under tremendous stress. The secretion helps the body to be in a state of alertness. But, our body functioning is drastically affected in the long run.

Yoga uses slow and deep belly breaths to lower our body’s levels of the stress hormone cortisol. It encourages people to practice “mindfulness,” which can help combat stress over the long-term.

You might ask, what do antioxidants remotely have anything to do with happiness? Well, hold up.

An increase in antioxidant levels helps to produce serotonin and dopamine, the main hormones behind controlling our emotional well-being, or happiness in short.

Practicing yoga regularly can maintain or improve the antioxidant level in the body.

An increased parasympathetic nervous system activity may develop in individuals who respond to situations that typically elicit a positive mood that is accompanied by a congruent response of feeling happy.

The Parasympathetic Nervous System gets stimulated by yoga. This calms us down, restoring balance during stressful times.

During this process, the heartbeat rate and blood pressure reduce to normal – something that has a far-reaching effect on our well being.

Yoga lowers our stress hormones and calms the nervous system, giving us a feeling of happiness.

Via relaxation, the nervous system informs the immune system to settle down and stop attacking foreign bodies. They are then naturally vacated by sneezing once or twice a day.

When the immune system backs off, inflammation and mucus decrease, and symptoms diminish.

It’s well known that leaving behind a life of addiction can be a painful one, mentally. That’s why most rehabilitation programs use yoga and meditation to accelerate the process and reduce mental burden.

Yoga and meditation, with their stress-reducing effects, are potentially useful practices to navigate the waters of addiction.

Yoga achieves this through the release of dopamine. Drugs tend to provide the feeling of ‘being high’ by releasing dopamine. Yoga simply replaces the need for dopamine so that people don’t have to resort to drugs.

Yoga helps with balance, focus, movement, and coordination. Rather than focusing on poses and being still, balance comes from movement, mastering transitions, and developing your strength.

Balance can be mastered by focusing your attention on alignment, strength, and attention.

Balance exercise for seniors is an important aspect of yoga and is often employed by many hospitals for its incredible benefits.

Yoga is the medicine for almost every problem. As you practice yoga, it is not only physically beneficial but also helps in maintaining your inner peace and relaxing your mind.

Moreover, yoga is not just a one-day practice; it’s a lifelong commitment and a way of life.

The most popular fruit in the world is the banana. I am sure that everyone ate bananas at least once. But have you ever tried red bananas?
Mark Norey, CPT 9 years ago

Sport is an area where effects of smoking are easily observable. Some people who practice sport, choose to quit smoking for athletic evolution.
Mark Norey, CPT 9 years ago

What could be more beautiful or sexy than a bright and healthy smile? Busy schedule does not allow us to brush our teeth after every meal.
Mark Norey, CPT 9 years ago

On the Internet are many tips that "help you lose weight". We present to you some busted weight loss myths which we meet very often. Read about...
Mark Norey, CPT 9 years ago

The Balance Between Calories And Exercises

The ingested calories and exercises you do regularly must be in perfect balance for you to get to the desired weight while staying healthy.
Mark Norey, CPT 9 years ago