5 Facts Why Fat Loss Varies From Men to Women

Changing your body is never simple. The one exception might be if you’re an 18-year-old athletic male who can put on muscle and shed body fat with ease. For everyone else, it tends to be a bit of a struggle.

Women tend to be at a disadvantage when it comes to fat loss and muscle building because the vast majority of the advice available is based on research done on men. This is a gigantic problem with untold consequences for women.

As you will see in this article, women’s bodies differ significantly from men’s in terms of metabolism and somewhat in terms of exercise response. Additionally, there are considerable gender stereotypes and misconceptions that limit women’s ability to get useful advice about how to improve their physiques.

This article will tell you five ways that women’s metabolism differs from men’s and what to do about it so you achieve the physique you desire. Whether your goal is fat loss, muscular curves, maximal strength, or athletic performance, this article will tell how to get the most out of your training.

In addition, women tend to have greater fat storage after eating, which also contributes to their higher body fat percentage.

From an evolutionary perspective, it’s favorable for women to have more body fat because these fat stores will be used during pregnancy and lactation. Once young women become able to reproduce, their bodies will begin storing fat around the hips and thighs “locking it away” in preparation for having a baby.

The fat around the hips and thighs (called gluteofemoral fat) has a particularly high concentration of DHA, one of the three omega-3 fats. The theory is that gluteofemoral DHA fat is used to make breast milk, and that it is for the development of a baby’s brain.

Research suggests that U.S. women tend to have a low percentage of DHA in their gluteofemoral fat due to low intake of omega-3s. This typically leads to significant weight gain during pregnancy, because the woman’s brain is thought to monitor nutrient status throughout the body, sensing the low DHA stores.

This leads to excessive hunger cues, causing women to eat more, in the quest to store as much DHA as possible for nurturing an infant brain.  In contrast, Japanese women have a much higher percentage of DHA in their fat due to high fish intake and are correspondingly leaner.

What To Do About It?

Regardless of whether you’re planning on having a baby, get adequate DHA in your diet. Shoot for a balanced ratio of omega-3 fats to omega-6 fats by limiting your intake of vegetable fats and oils.

Make your body metabolically flexible so that it is capable of burning fat for energy. Do this by limiting carbohydrates in your diet at certain times so that your body is forced to learn to burn fat.

For example, try eating lower carb on a day when you aren’t training but higher carb on workout days. Doing anaerobic-style exercise such as weight lifting and sprints also improves the body’s metabolic flexibility. 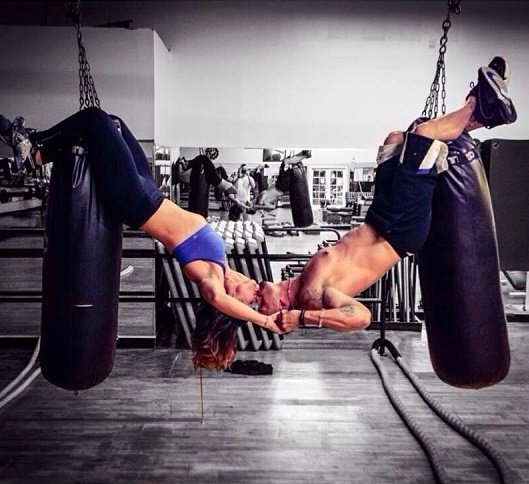 The role of compression in sports is clear: it increases blood flow which leads to faster sprints, longer jumps, and more lifting power.
Beth Williams 4 months ago

Regardless of the season of the year and the exercise type, workout headbands are a great addition to your fitness outfit. Here's why.
Beth Williams 5 months ago

With the right muscle recovery remedies, you may speed up your progress and may get the most out of every workout. Here are 10 easy methods.
Julianne Bodo, CES, PES 5 months ago

If you want to start your day the right way, then creating an early morning workout routine is a must. Here is how you can achieve this.
Beth Williams 5 months ago

To get your motivation back and reach your fitness goals, you need to start easy, be consistent, rest along the journey, and never give up.
Beth Williams 6 months ago

Your dog deserves optimal health, and so do you. Keep these tips in mind to motivate you to get healthy together with your pet.
Mariah Belsore 6 months ago

Ways To Stay Fit That Don’t Feel Like Exercise

Staying fit doesn’t have to mean endless burpees or hours on the treadmill. You can get in shape while having fun at the same time.
Beth Williams 6 months ago

How To Maximize Your Workout With Three Simple Tweaks

Looking for simple ways to maximize your workout at home? Use fitness equipment that increases the difficulty and engages all your muscles.
Mark Norey, CPT 6 months ago

Dropping temperatures don't mean your fitness levels have to drop as well. Here is a quick guide on staying fit in the wintertime.
Julianne Bodo, CES, PES 7 months ago