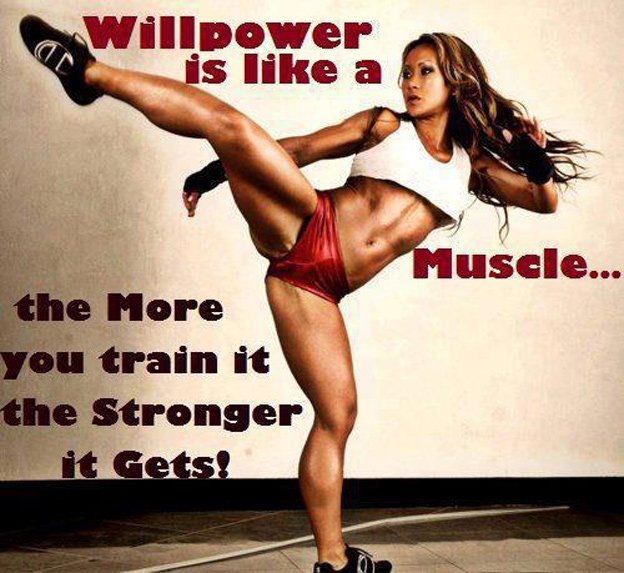 Beliefs about the role of willpower in weight loss have changed through the decades. In the mid-20th century, doctors told patients to use their will to eat less. After such restrictive diets failed, the pendulum swung in the other direction.

Doctors, nutritionists and psychologists recommended that people forget willpower and instead focus on making changes in their behavior that allow them to lose weight.

And though it’s true that successful weight loss depends on behavior changes, willpower is the strength we rely on to make these changes.

People often define willpower as a force that makes food challenges easy. Instead willpower is the ability to make choices that are consistent with your goals or values – even when it’s difficult and part of you wants something else.

To achieve our goals, we rely on three strengths:

Though everyone associates “I won’t” power with weight loss (I won’t eat the cake, I won’t stop for fast food on my way home), most people undervalue the other two.

“I won’t” power is a miserable way to live. If you’re trying to make sustainable changes on the basis of “I won’t” power alone, you probably won’t have the strength to do it.

Research shows that willpower is a limited resource and one that varies with emotion, stress, fatigue and blood sugar level. Akin to a muscle that tires from overuse, the more we draw on willpower, the more depleted it becomes.

So while a person may be able to resist one temptation, subsequent temptations become more difficult to withstand. And, if our self-control is further depleted by stress, anxiety, hunger or even the mental exhaustion of making decisions, we are more likely to give in.

In addition, as demonstrated in the famous white bears experiment – where people who were instructed not to think about white bears couldn’t stop thinking of white bears – thoughts we try to repress rebound.

So when we think, “I won’t eat chocolate”, our brains are constantly on the lookout for chocolate, leading us to the very object we’re trying to avoid.

Rather than focusing on something that’s forbidden, we suggest harnessing the other two strengths: “I will” power and “I want” power.

“I will” power is the ability to say yes to something that requires effort, even when part of you wants to say no. Doing so still draws on the same limited source of willpower, but it reframes the situation.

Your brain has more energy to go after things you want than things you don’t want, suggesting that people give their brains healthy “wants” – fruits and vegetables, a walk after lunch.

By changing the focus, weight loss becomes a byproduct of healthful choices.

The third power, “I want” power, is the ability to hold a long-term goal in your mind when confronted with choices. It’s a psychological strength to be able to hold a bigger picture in your mind and choose to do the harder thing.

The Strength Of Self-Control

People with more self-control spend less time resisting desires. Instead, they use their willpower to arrange their lives so they can avoid temptation.

Rather than stand in front of the cake and do everything they can to resist it, they don’t approach the cake to begin with.

They stock their pantry with whole grains and make sure their fridge is filled with fresh vegetables and lean proteins.

They schedule exercise into their weekly calendar. Over time, these behaviors become habits.

Here are ways that you can harness willpower to support healthful habits:

Rather than ordering lunch at work when you might be vulnerable, pack a healthful lunch from home. Because people tend to have more willpower at the beginning of the week, cook healthful foods on Sundays for the week ahead.

Use social connections to form a larger pool of willpower. There is evidence that self-control is contagious. Surround yourself with a network of family and friends who share your goals.

And celebrate each one. Rather than an hour at the gym, try 20 minutes of an exercise class. Walk around the block, or play Wii with your kids.

The important thing is to flip the switch from doing nothing to doing something. Your success will motivate you toward bigger goals.

Our powers of self-control are highest when we’re well-rested, well-nourished and relaxed. When you embark upon a willpower challenge, you’re about to do something difficult, so it’s important to take care of yourself.

Get plenty of sleep, exercise for your mental well-being, and eat healthful foods that make you feel good. Meditation and breathing exercises not only train the brain for self-control but also relieve stress. 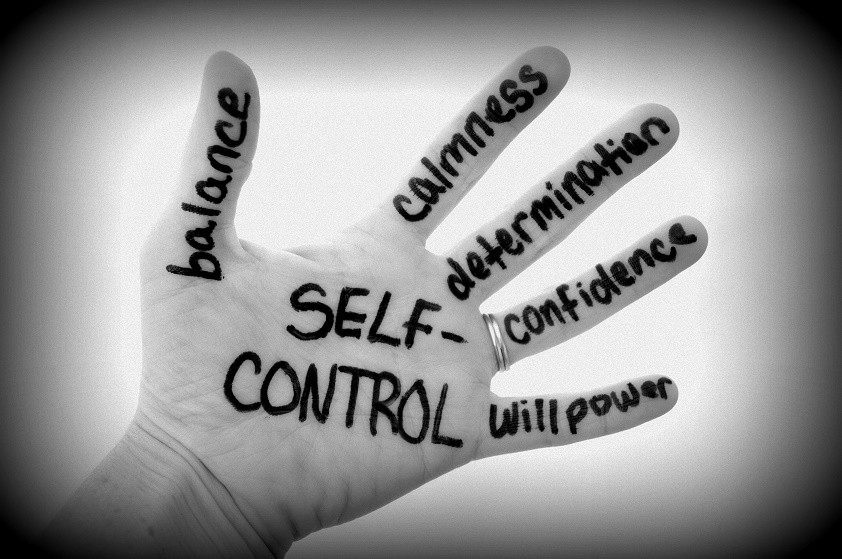 Article sources: latimes.com and “The Willpower Instinct: How Self-Control Works, Why It Matters, and What You Can Do to Get More of It“, by Kelly McGonigal

Stretch marks are a type of scars that occur all over the body for different reasons. Genetics is the major factor that causes stretch marks.
Mark Norey, CPT 9 years ago

The hardest fight is the one with extra pounds. If I tried these tips for weight loss and they worked, wouldn't you be tempted to try them?
Mark Norey, CPT 9 years ago

To lose weight and maintain our health, we should not starve or refuse our favourite foods. We need to be smart and choose this kind of diet food.
Mark Norey, CPT 9 years ago