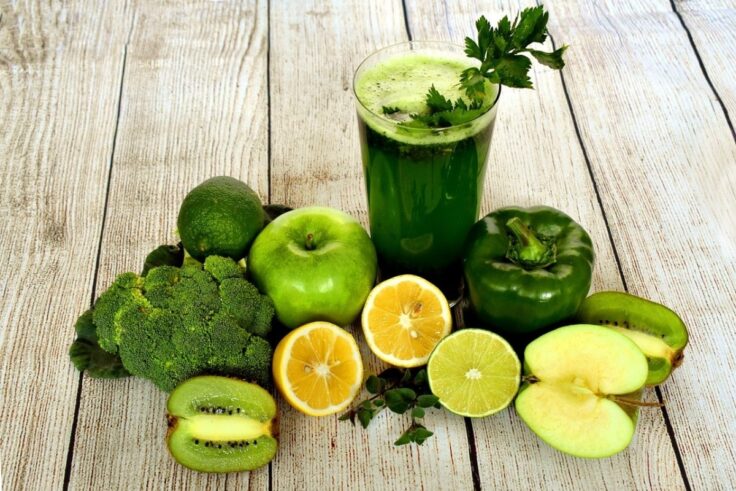 No, vegans don’t eat just salads, they’re not weak, and the vegan food isn’t expensive. This is the truth about all vegan stereotypes.

A stereotype is a belief that all members of a group have certain characteristics. Stereotypes are often negative, unfair generalizations about an entire group of people without regard to individual differences within that group.

So, below are some vegan stereotypes that are usually not true.

Here are some vegan stereotypes you might think are true, but they’re definitely not:

1. Vegans Are Weak And Skinny

You may have seen some skinny vegans, but they can eat a lot of calorie-rich, high-fat plant foods. They are healthy and strong, in the same way, that meat-eaters who eat lots of fatty, fried foods are also healthy and strong.

Vegans who do not consume a balanced diet in accordance with their needs will be malnourished whether they’re eating animal products or plants. Malnutrition is malnutrition, it doesn’t matter if it comes from animals or plants.

The idea behind this stereotype is that eating meat/animal products = protein + muscle building, while eating plants = protein deficiency and therefore skinniness.

And most humans are actually weak because of the social conditioning they receive starting from early childhood, not because they’re vegans or meat-eaters.

In the world of famous people, it is surprising who may be vegan, actually. There are many strong, tall vegan men and women all over the world.

2. Vegans Are Judgmental And Rude

A stereotype that non-vegans often used to justify their eating habit is that vegans are judgmental and rude.

But a vegan lifestyle isn’t an ideology or a belief system, it’s a diet based on compassion for animals and the environment.

Vegans don’t do anything because they want to make other people feel bad for not being vegan. It is because animal cruelty has become too much in this world.

So they already felt the need to do something about it long before becoming vegan. They simply decided to take action—practicing vegetarianism/veganism.

They might sometimes share information about what happens in factory farms or slaughterhouses, which can be difficult for others who do not know how brutal these factories really are, but it’s not because they want to offend those who eat animal products.

Furthermore, they just don’t want to be a part of this unnecessary cruelty anymore.

3. Vegans Have No Friends

This stereotype is similar to the perception that vegans are judgmental and rude, it also sounds like vegans think they’re superior or something, which isn’t true either.

Vegans share their compassionate lifestyle with others but don’t try to force it on them (which would’ve made them judgmental and rude).

Some people will accept the information about veganism while others won’t — that’s up to every person for themselves because everyone has their own path of life to walk down.

Nobody else should be concerned about their choice of diet, including vegans — only those who are involved in animal cruelty need to worry about changing themselves.

4. Vegans Are All Hippies

Although there are plenty of types of vegans, it is not always the case that they are all hippies or anti-establishment. They’re just individuals who practice veganism for their own reasons — not because they’re trying to overthrow the system.

Furthermore, what is a “hippie” anyway? The word itself has been used so often that it has become practically meaningless at this point in time.

Vegans can be part of any social group and live in any surrounding wilderness. It is not the vegan lifestyle itself that brings them together, but rather their animal-loving passion.

It is typically the case that vegans are more compassionate, helpful, and understanding than meat-eaters.

And they’re not burdened by consuming animal products, which is why they can free themselves mentally and physically to be of service to others.

The stereotype that all vegans ONLY eat leaves and seeds is ridiculous because there are plenty of vegan snacks that don’t contain vegetables.

One can easily survive on junk food while being vegan, in fact, it’s quite easy to get all the nutrients you need without eating any meat or animal products at all!

The stereotype comes from when people see vegans in salads/soups/smoothies—but they’re not the only ones who eat them! Most people, in general, enjoy these types of dishes even if they aren’t vegan.

It is not necessary to consume only healthy food in order to be vegan, but it can help you stay energized.

When considering veganism, one might initially think that it is more expensive than buying meat and animal products. However, the vegan diet is actually very affordable!

Fruit, vegetables, grains, legumes are all much cheaper than any type of meat you would buy at your local grocery store.

And healthy vegans don’t have to worry about putting on excess weight — in fact, they’re likely to stay thin even if they eat junk food all day long!

So, it can be said that the vegan stereotypes are not true. Vegans are passionate about compassion, but they do not try to force their beliefs on others, which makes them non-judgmental. They also love nature and usually live active lifestyles.

Try to give every human the same treatment and do not judge a book by its cover, and you will find great friends on the way.

A medical alert system is a device that looks like a bracelet and provides safety to the well-being of the vulnerable person that wears it.
Beth Williams 8 months ago

Using complex methods, scammers are attempting to defraud yet another vulnerable group — the hearing impaired. Here's how to recognize scams.
Beth Williams 8 months ago

Coloured contact lenses are specially designed lenses that look opaque and can transform the color of your eyes while wearing them.
Beth Williams 10 months ago

Sports enthusiasts and athletes use CBD to enhance performance, treat and prevent sore muscles, and relax after an intense workout session.
Beth Williams 11 months ago

Make your workout corner at home as cozy, modern, professional, or stylish you'd like with these simple tricks to decorate your home gym.
Julianne Bodo, CES, PES 12 months ago

There are four main steps you should follow right after you've been involved in an accident while running. Here's what to do!
Beth Williams 12 months ago

Why does the accuracy of your GPS watch sometimes falter, and what can you do to prevent that from happening? Let's find out in this article!
Beth Williams 12 months ago

The qualities that make a good nurse include dedication, humor, fast-thinking, compassion, and strong communication skills, among others.
Julianne Bodo, CES, PES 1 year ago

If you are looking to join nursing, right now during the pandemics might be a perfect time. Here are the most in-demand nursing careers.
Julianne Bodo, CES, PES 1 year ago

How Nurses Are Taking Care Of Their Communities

Save a life; you're a hero, save a hundred, and you're a nurse. There's no denying that nurses are the heart of healthcare.
Julianne Bodo, CES, PES 1 year ago